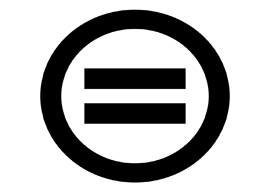 Having given free rein to our essentially affective or irrational nature—a nature that, in their pride, many don’t want to recognize—we have entered an age of secular superstition. Representative here is the concept of implicit bias, an ad hoc ruse employed to oppose any state of affairs that is contrary to the left’s envious equality of outcome agenda.

As among individuals themselves, so of course among the genders and the races: There is immense variety in regard to aptitudes and interests. The Ivy League, the Google corporation, the Academy Awards, the Nobel Prize—these things and countless others all inevitably reflect that.

The problem is that, in their pride and concomitant envy, many people don’t want to concede that someone else is simply better at something than they are. Like the schoolboy who claims the winning player cheated at the game, the diversity advocate insists he was discriminated against; that is why he didn’t get the job, and that is why women and minorities are “underrepresented” in white-collar fields. And yet, how right is Thomas Sowell: “If there is not equality of outcomes among people born to the same parents and raised under the same roof, why should equality of outcomes be expected—or assumed—when conditions are not nearly so comparable?”

It is owing to such ignoble ideology that the humanities are now odious and the social sciences little better. And now diversity has come for science proper. Writing in City Journal, the great truth-teller Heather Mac Donald reports:

The National Science Foundation (NSF), a federal agency that funds university research, is consumed by diversity ideology. Progress in science, it argues, requires a “diverse STEM workforce.” Programs to boost diversity in STEM pour forth from its coffers in wild abundance. The NSF jump-started the implicit-bias industry in the 1990s by underwriting the development of the implicit association test (IAT). (The IAT purports to reveal a subject’s unconscious biases by measuring the speed with which he associates minority faces with positive or negative words; see “Are We All Unconscious Racists?,” Autumn 2017.) Since then, the NSF has continued to dump millions of dollars into implicit-bias activism. In July 2017, it awarded $1 million to the University of New Hampshire and two other institutions to develop a “bias-awareness intervention tool.” Another $2 million that same month went to the Department of Aerospace Engineering at Texas A&M University to “remediate microaggressions and implicit biases” in engineering classrooms.

“All this wasted time and money because, ironically, the diversity crowd cannot stand diversity itself.”

The tortuously named “Inclusion across the Nation of Communities of Learners of Underrepresented Discoverers in Engineering and Science” (INCLUDES) bankrolls “fundamental research in the science of broadening participation.” There is no such “science,” just an enormous expenditure of resources that ducks the fundamental problems of basic skills and attitudes toward academic achievement. A typical INCLUDES grant from October 2017 directs $300,000 toward increasing Native American math involvement by incorporating “indigenous knowledge systems” into Navajo Nation Math Circles.

All this wasted time and money because, ironically, the diversity crowd cannot stand diversity itself. For doing so would require leaving others alone, letting them be what they are: endlessly different, unequal, diverse. Now, it is important to understand that, in itself, the condition is value-neutral. We are free to make such value judgments about it as we will, and in so doing we will reveal what sort of people we are. For my part, I should rather not care so much about being esteemed by other people; there is so little mind in their judgments, usually.

Today our country suffers from a general loss of value. We see this in many forms: the broken family, the decline of religion, the unsustainable birth rate, the opiate epidemic, the loneliness epidemic, the rise in depression and suicide (in particular among the young), the enmity between the sexes. In the face of such despair, many people turn desperately to the workplace, which they want to justify life itself; for if they are at least successful, won’t they be esteemed? Won’t they be happy, even?

Academic administrators are personally invested in the diversity racket. They are generously compensated, in some cases in the form of several hundred thousand dollars a year, for pressuring scholars to lower standards so that more women and minorities can be “equally represented.” In other words, because some are too weak to face reality itself, and because bureaucratic frauds have much to gain through self-righteous charlatanry, the rest of us are to be unknowingly subjected to doctors, engineers, and others who are by no means sure to be competent.

Meanwhile, it’s been found that “implicit bias” does not predict discriminatory behavior, and changes to “implicit bias” do not change behavior, either. There is a great deal of conceptual confusion concerning this concept, and the main reason, I think, is that bias is a type of prejudice, which is intrinsic to the mind itself. To be clear, I mean prejudice in the sense of “preconceived judgment or opinion”; it should not be confounded with bias or discrimination in the sense of a moral evil, although in practice there are plenty of instances in which the two are not distinguishable. Henry James, like his brother William a genius of consciousness, said in a letter of Nov. 1, 1863, to Thomas Sergeant Perry, “Willfully, intentionally prejudiced persons are very rare. Every one certainly is more or less prejudiced, but ‘unbeknown’ to themselves.” For “prejudice [is] a judgment formed on a subject upon data furnished, not by the subject itself, but by the mind which regards it.” What is more, “these data are the fruits of the subtlest influences,––birth, education, association.” In short, our endowed nature, our self, interacts with the external world, the two producing experiences that become knowledge, which is, in a sense, a kind of prejudice; for we exist in time and bring the past with us into the present and into the future. The process being person-specific, it follows that “every one certainly is more or less prejudiced, but ‘unbeknown’ to themselves,” because in order to transcend all our prejudice we should have to get out from our own experience—which is impossible, as it would be, in Thomas Nagel’s apt phrase, “a view from nowhere.”

The excellent scholar-critic Christopher Ricks, in his T.S. Eliot and Prejudice (1988), observed that “not only there is no substantive to realize the quality of mind which is the opposite of prejudice, there is no verb to realize the activity of mind which is the opposite of prejudicing. As a result, ‘unprejudiced’ summons the absence of a vice and not the presence of a virtue.” There is no such substantive or verb because prejudice derives from the particular histories of men and women. Therefore, in contemplating the opposite of prejudice (in this technical sense), we are not dealing with objectivity, or impartiality, or what you will, but literally with non-sense. It seems, then, that in trying to get us to overcome “implicit bias,” academics are running up against the limits of reason itself. Well, that is only fitting; the project, to be sure, was founded on an anxious superstition.