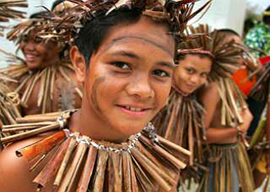 May I quote myself, please?  Thank you.

The remarkable thing about the Diversity cult is that all the circumstances of the actual human world refute its tenets, wherever we look.  I don’t think it is an exaggeration to say that there has never been an ideology so heartily and jealously embraced by all the main institutions of a society, that was at the same time so obviously at odds with the evidence of our senses.  It is as if the entire Western world had committed itself to the belief that human beings can fly by flapping their arms . . .  In the world at large, diversity causes nothing but problems.
—We Are Doomed, p. 25

Just so.  You can stick a pin at random into the land portion of a world globe and be pretty sure you have found a place that is vexed by diversity.  Consider for example New Zealand.

You don’t hear much about New Zealand.  The place slumbers away quietly down there in the antipodes, minding its own business for the most part, its only consequential neighbor country being Australia, a thousand miles away across the Tasman Sea.  Australians regard the Kiwis as rustic, dimwitted backwoodsmen, and amuse themselves by telling Kiwi jokes, which have a strong tendency to feature unnatural acts with sheep.  (Sample: “Say, did you hear? Kiwis have found two new uses for sheep!”—“Really? What are they?”—“Meat and wool!”)

Et in Arcadia ego, though.  Even remote, tranquil New Zealand is disturbed by the frictions and conundrums of racial conflict.  Much of New Zealand’s diversity, like much of America’s, was there from the start, so that New Zealanders, like Americans, never had any choice but to manage it as best they could.  Their record, like ours, is mixed.  Also like ours, it is worse than it need have been, thanks to a blithe willingness to import yet more diversity before having found a way to cope with the original tranche.

In New Zealand’s case the main populations are European and Polynesian on a rough 70-20 cut, the remaining ten percent either Asian (Chinese the biggest group) or unspecifiably mixed.  The Europeans are overwhelmingly of British ancestry, with small admixtures of other Germanics, French and Slavs.

Government statistics divide the Polynesians between Maori and Pacific Islanders (“PIs”) in ratio roughly 2:1.  The Maori were the first people to settle New Zealand.  They were there when European settlement began in the 1820s.  They are unrelated to Australian Aborigines.  Indeed, it’s a curious feature of this part of the world that the Australians were one of the first groups of Homo sapiens to take possession of a sizable land mass, at least 40,000 years ago, while the Maoris were one of the last, around a.d. 1250-1300.

PIs are a newer stock, practically all of them post-WW2 immigrants or their descendants, with the big inflows dating from the 1970s and 1980s.  For approximate analogies, think of the West Indians and Pakistanis flooding into Britain on the same timescale, or—shifted forward a couple of decades—the mass Hispanic immigration into the U.S.