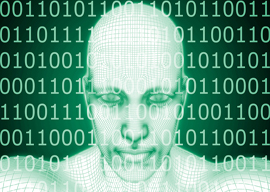 The recent riot at Middlebury College by science denialists who put a woman professor in the hospital while attempting to do violence to Charles Murray has elicited passionate defenses by advocates of intellectual conformity.

When an advocate of eugenics-oriented bigotry appears on campus, is it any wonder that students of color and their friends would cry out: “No more! We won”t hear it!”?… Rational debate is the lifeblood of a college campus, but…we should all stand with those students who turned their backs on Mr. Murray to say, Never Again.

Most of those who believe that campuses are losing their status as bastions of free speech attended college decades ago, when it was the only avenue for sheltered former suburbanites to gain access to other points of view. However, times have changed.

America used to be able to afford nice things such as freedom of speech, science, and disinterested objectivity. But now we are blessed with diversity, peace be upon it, so we can”t tolerate our Western heritage anymore.

That raises a question that ought to be of interest to investors: Does the increasing campus hysteria and antirationality portend bad news for Silicon Valley? If students increasingly grow up in a culture in which the person with the most wounded feelings rules, will they be able to code emotionless computers as well as in the past?

One possibility might be that intimidating smart young white men out of the public sphere of meaningful debate might be good for business because they will stop wasting their time on larger questions and instead focus on smaller domains.

For example, since the 1970s, Bill James has fostered a revolution in baseball statistics analysis. Baseball stats have served as a safe space for high-IQ white guys who enjoy the increasingly forbidden pleasure of pattern recognition. Nobody is gonna get all Middlebury on sabermetricians for noticing, as long as they only notice on-base percentages.

“America used to be able to afford nice things such as freedom of speech, science, and disinterested objectivity.”

Some analysts have done very well for themselves. For example, the American aristocrat Theo Epstein, the grandson of screenwriter Philip Epstein”who with his identical twin, Julius, composed the greatest line in Hollywood history, Casablanca‘s “Round up the usual suspects“”used his Charles Murray-like statistical skills to general manage the Chicago Cubs last fall to their first World Series championship in 108 years.

Theo has a fraternal twin who is a high school guidance counselor. Do you think Epstein has any interesting opinions about politically incorrect subjects such as genetics and heredity?

On the other hand, history suggests that the health of science, which is tied to prosperity, does not necessarily thrive without a supportive culture. For example, information technology, the dominant industry of the 21st century, has its roots in the West’s ancient penchant for abstract objective logic that disengages subjective interests from reason.

The Atlantic offers a lucid history by Chris Dixon, a general partner at Sand Hill Road venture capitalists Andreessen Horowitz, of how Western philosophy laid the groundwork for computing. Dixon’s article has the clickbaity title “How Aristotle Created the Computer,” but its subtitle gets his point across: “The philosophers he influenced set the stage for the technological revolution that remade our world.”

Aristotle may seem like the antithesis of getting rich in Silicon Valley because the point of philosophy is to argue over questions that the best minds of all time have so far failed to fully answer. Once somebody figures out how to stop arguing and start making money off a branch of philosophy, it stops being a branch of philosophy. For example, James Watt was a “natural philosopher“ until he perfected his steam engine, after which he went down in history as the chief inventor of the Industrial Revolution.

But the arguing seems to have to come first.

And logic provides a system for keeping score.

When I asked Murray in 2003 about his book Human Accomplishment, “Who was the most accomplished person who ever lived?” he responded:

Now we”re talking personal opinion, because the methods I used don”t work across domains, but I have an emphatic opinion.

He more or less invented logic, which was of pivotal importance in human history (and no other civilization ever came up with it independently).

Aristotle’s most celebrated logical schema is the syllogism:

All men are mortal.

Socrates is a man.

But what if, because your grandfather died, you find the word “mortal” to be triggering?

And isn”t “All men are mortal” sexist? Perhaps you are concerned that some will find “Socrates is a man” to be cisnormative? Which pronouns did Socrates volunteer? What if you, personally, hate Socrates because of his microaggressions against Xanthippe?

Well…okay…but the great Greek realization was that your personal feelings about this particular syllogism don”t really matter. The general principle still applies. As Dixon says:

I suspect that Aristotle’s working out of formal logic in the mid-300s B.C. was the culmination of a Greek innovation in cultural attitudes new in human history.