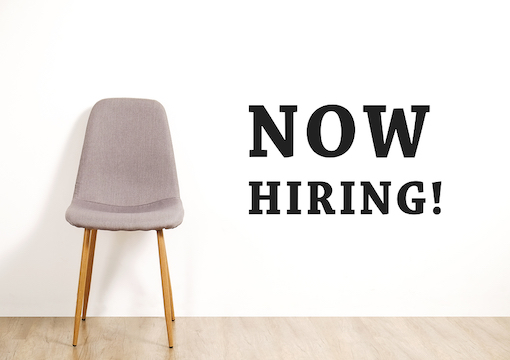 In a recent bombshell report by Business Insider, Whole Foods, Inc. was revealed to have a “racial diversity” monitoring program overlooking its 500-plus stores in an effort to tamp down potential union-organizing. According to internal documents obtained by the outlet, the company grades each of its locations on a “risk-mitigation” scale, equating, among other things, “low diversity” with a “higher risk of unionizing.” The program shows Whole Foods execs operating under the principle that “diversity is a strength,” but only to the extent that it divides the workforce and keeps unionization at bay.

Being able to peer behind the curtain on background corporate machinations is indeed a luxury. Although many U.S. companies these days are as powerful as some governments—Bezos’ trillion-dollar Amazon (which owns Whole Foods) being one—such enterprises lack the obligations of public transparency, among other accountability measures. How Bezos’ Whole Foods and other major companies truly view diversity and unions—the article states this type of monitoring is likely hugely common—reveals a ton about American corporate behavior, including why so many push so hard for things like guest-worker programs (Amazon included) and mass immigration in general.

For advocates of pro-labor immigration reform, news about Bezos’ diversity monitoring probably isn’t much of a surprise. Not only have companies for decades sought to break unions by importing “scab” labor from abroad (which Cesar Chavez heroically railed against), history shows they have done so specifically with an eye on dividing workers along racial lines. For them, more immigration means more factions in the workplace, which means workers have less collective ability to bargain for things like livable wages, adequate benefits, and safe working conditions.

“How Bezos’ Whole Foods and other major companies truly view diversity and unions reveals a ton about American corporate behavior.”

Corporate execs know this well (as did the left until fairly recently). In a speech from 1919, Vladimir Lenin (in a rare moment of insightfulness) appealed to workers to look past ethnic differences and unite along class lines, stating that “capitalists are tireless in their endeavors to stir up enmity between the workers of different faiths, different nations and different races.” While he was likely talking about multicultural Russia, he could have been describing our own experience here in the U.S.

On sugar plantations in colonial-era Barbados, bounded servants and prison labor from England were pitted against their black slave coworkers in order to quell the prospects of worker rebellion. Similarly, in the early 19th century, South Carolina slave-trader and avid diarist William James Smith candidly mused that “the safest Way” to ship slaves was to “hav[e] some of every Sort on board” so as to ensure “there will be no more Likelihood of their succeeding in a Plot, than of finishing the Tower of Babel.”

A chronicler of black working conditions in post-emancipation America, H.R. Cayten, recounted a similar practice being done by way of imported immigrant labor, calling it a strategy of “divide et impera” (divide and conquer). In a book of his published in the late 1930s, he wrote that the animosities of incoming European immigrants, “when combined with the problem of American white-Negro relations, made the union vulnerable to any disposition of the operators to play one race against the other. Many of the [West Virginia mining] operators, proceeding upon the theory of divide et impera, inaugurated the practice of mixing the different races.”

It was the same story out west apparently. Former Harper’s and New Republic editor Michael Lind, someone on the left who actually knows a thing or two about labor history, wrote a fantastic book years ago almost entirely on the immigration-labor dynamic. In the late 19th century, he wrote, “rich planters” in California and Hawaii engaged “in a deliberate strategy of keeping wage demands down by playing not only whites against nonwhites, but Chinese, Koreans, Japanese, and Filipinos against each other.” Such a “labor management” strategy was confirmed in an investigative report from 1930 by the California Department of Industrial Relations. The report claimed that the same type of industrial farming interests did indeed seek out immigrant workers from a variety of nations, like the Philippines, in order to produce a “mixture of laborers…not accustomed to mingling with each other” in order to avoid the “labor trouble [rising] from having a homogenous group of laborers.”

Reading this latest bit of news about Bezos’ own “employee management” style shows how little some things change.

As we know through the studies of Harvard sociologist Robert Putnam and others, extreme diversity indeed does much to factionalize and atomize many areas of civil society. This shows that for a successful immigration policy at least, it’s all about the numbers. If we can’t have a complete moratorium, rates must be kept low and manageable, so the thoroughly alien will at least attempt to assimilate. If too high, then a “nation of nations” develops, with parallel societies emerging where cohesive communities should be. In such “nations,” no one wins except the elites.

The left of yore understood this, and periodicals like The Nation and In These Times used to discuss Big Business’ immigration designs all the time. Not anymore. In place of their traditional constituents’ interests are new “causes” like international labor mobility, “immigrant justice,” and the promotion of an “intersectional” hierarchy based on perceived racial victimhood. Disempowering workers and giving them more reason to divide along racial and ethnic lines: What better system could the corporate class ask for?