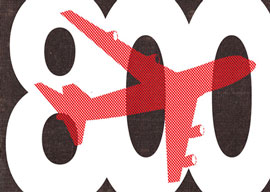 As the Academy prepares to celebrate some of the most historically inaccurate dramatizations in recent memory, let us turn from a year of “Based on a True Story” films to a review of 2013’s more substantive documentaries. Unlike Brad Pitt, these artists need the publicity, as none of these films was nominated for Best Documentary.

By far the most compelling was TWA Flight 800, which detailed rampant criminality involved in hoaxing the public into accepting mechanical failure to explain the tragedy. Evidence tampering, witness intimidation, and lying under oath are among its startling revelations.

While anyone with government experience understands the countervailing necessities of obfuscation and (for some) the rationalization that TWA 800 wasn’t worth beginning World War III, there is enough new evidence presented to turn your stomach.

There is a brief segment in the middle of the film that graphically shows burn patterns on recovered bodies. Brian Williams is shown in clips lying even more than typical for him. But overall it’s a powerful film that every American should watch.

The Flag inquires after the mysterious whereabouts of that symbolic emblem which flew over the Twin Towers site the evening of September 11, 2011. Personal anecdotes, alternative vantages of the iconic photo, and a compelling timeline make the film meaningful.

Although everyone has a theory where the banner might be today, my personal indulgence is to believe it is at peace within the coffin of a firefighter lost that day. Some items are best resigned to the imagination rather than locked in a dank museum display case.

Blackfish questions the morality of animal captivity for entertainment purposes, though with all the nuance of its dichromatic namesake. The film is less an open case than a hysterical closing argument. Prominently featured is an oceanologist who haughtily insists there is no record of any orca attacking humans in the wild. Given the lack of live camera feeds in the roughly 361 million square kilometers of open ocean, consider me less than convinced by this circular reasoning. It never occurs to the filmmakers that once ordinary humans lose physical ties with deep-sea animals, the only people who will care if they go extinct will be marine biologists, a notoriously ineffective lobbying group.

Lingering establishing shots of a quintessential Hicktown, USA are early tip-offs. The vapidity of people droning on about their excesses with no sense of personal accountability is off-putting. Impecunious hill-folk in bleak surroundings I can tolerate, but the minute they began to detail their fatal illnesses, it’s all too much.

Empathy is further strained while listening to those who pay $50 per pill on a $500 daily habit as they bemoan the lack of “things to do.” There are no movie theaters or malls, we hear. So they can prostitute themselves for their habit but can’t save $15 for streaming Internet? They have no education, yet there’s a laptop library at their fingertips that would have made Socrates salivate? Pathetic.