Don”t Kick the Economy in the Privates 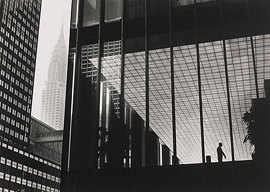 As Mitt Romney stumbles his way through the Republican primaries, his candidacy has brought renewed scrutiny of the oft-demonized world of private equity.

Many of the established private equity firms got caught up in the easy money that reached its fevered peak in 2006 and 2007. Debt financing was easy to get, so buyout firms often bought companies while saddling them with debt. Then they would take out another big group of loans or bonds and use the money to pay a dividend to themselves before they had the time to do anything for the company worth paying themselves dividends. Some even were able to sell these companies, often to other private equity firms, who in turn added more debt to its capital structure to make the buy. This cycle continued for several years and left broken companies in its wake. Private equity’s name was sullied.

“Painting the private equity industry as a ruthless villain trying to toss grandmothers out of their homes won”t work. Private equity firms weren”t involved very much in the mortgage debacle.”

But when the big private equity firms did this, they were operating against the standard model of private equity firms that had been established for decades. And while what they did was sleazy, it was 100% legal, and they got away with it because they were able to convince myopic shareholders to sell to them. So painting the private equity industry as a ruthless villain trying to toss grandmothers out of their homes won”t work. Private equity firms weren”t involved very much in the mortgage debacle.

And neither should it trip up Mitt Romney. Bain was not among the industry’s worst offenders and by the time the private equity industry became blinded by euphoria, Romney was long gone.

What people fail to realize about private equity is that it allows investors to avoid the often shortsighted, stock-market-driven view of businesses. Publicly traded companies have to disclose their returns every quarter. A bad quarter or even the expectation of a bad quarter can send their stock price down. And because anyone with enough money can buy stock, public companies have a shareholder constituency that can be a royal pain in the ass.

The way private equity is traditionally done, a firm can take time to make long-term investments in companies. In theory a private equity firm doesn”t have stockholders breathing down their neck every three months demanding positive returns. They can hold onto a company for the long haul and have a down quarter or two if it means they”re investing in a stronger future. A typical private equity firm has an investment period of 10 years and its investors are typically large pension funds, insurance companies, and a few wealthy individuals who want to keep money safe for long periods of time and walk away with a nice return. They know a new or struggling company may take some losses and that being off the public market can give it time to recover and grow.