Don”t Sup With a FUP 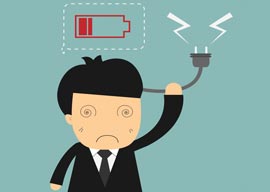 This week’s column is in the noble Derbian tradition of advice to the younger generation. From the aery height of three score and ten I offer you nuggets of wisdom, wrenched with difficulty and some pain from a lifetime’s observation and reflection.

Pay attention, you millennials and Gen Z-ers! There”ll be a quiz period afterwards.

Most citizens of a functioning society live in a bourgeois style. They obey the law, keep regular hours, and brush their teeth. They get as much education as they can tolerate, acquire a marketable skill, work, marry, raise kids, and keep their debts under control.

The people I”m advising you to avoid, the fucked-up people”hereinafter FUPs”are the others. You”ve met them, or will: the drunks and moochers, the losers and dropouts, the profligates and unemployables. They will at best waste your time, at worst drag you down (?) into fucked-uppery.

“As with the old joke about why dogs lick their privates, perhaps people are as fucked up as they can be.”

I”ve known more than my share of FUPs across the decades. At least 20 come easily to mind. Expat life is particularly rich with them. FUPs must have cost me hundreds in current U.S. dollars, though most of it in my younger, more empathetic and gullible years.

And I”ve gotten off lightly. A friend of mine inherited a modest fortune from his father. His FUP brother co-inherited but soon frittered away his share and came to my friend for help, arguing that blood is thicker than water. My friend estimates the cost of testing those relative viscosities at $2 million over several years.

Are FUPs just dumb? Absolutely not. There is a correlation”proportionately more dumb than smart people are fucked up”but it’s a weak one. I”ve known some very smart FUPs.

Are FUPs born or made? Ah, the old nature-nurture conundrum. In the Western tradition there are three strands that have contributed to our thinking about this.

Folkloric: The uneducated English country people I grew up among, when confronted with an FUP, had two stock explanations to offer: (1) “Bad in the bone,” or (2) “Fell in with a bad crowd.”

Freudian: You were potty-trained too soon; you lusted for your mom; etc., etc.

Until recently the Bible and Freud held sway over the Western mind, as memorably expressed by poet Philip Larkin:

They fuck you up, your mum and dad.
They may not mean to, but they do.
They fill you with the faults they had
And add some extra, just for you.

How sharper than a serpent’s tooth
To hear your child make such a fuss.
It isn”t fair”it’s not the truth”
He’s fucked up, yes, but not by us.

Are FUPs differently distributed by race? It sure looks that way. Australian Aborigines, for example, have sensational rates of fucked-upness.

That’s a very low-mean-IQ population, though, so the above-mentioned correlation may just be especially strong in that tail of the bell curve.

Then again, Kpomassie found high proportions of FUPs among Greenland Eskimos, whose mean IQ Lynn gives as 91″higher than the world average. What’s up with that?

Is fucked-upness merely opportunistic? Could be. As with the old joke about why dogs lick their privates, perhaps people, or some large cohort of people, are as fucked up as they can be.