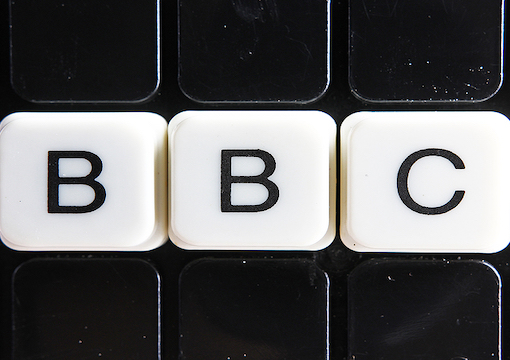 GSTAAD—I’ve been wrestling all week with indecision, the kind that tests one’s soul, and the uncertainty is killing me. It’s like having to choose between Keira Knightley and Jennifer Lawrence, when it’s normal to want both. No, I’m not being greedy, and it’s not even my fault, but that of my esteemed colleague Douglas Murray, author of The Madness of Crowds and a fellow columnist at The Spectator. Two weeks ago, and at his most serious, he proposed that I be put in charge of either the BBC or the Equality and Human Rights Commission. Yippee, hooray!

Douglas was annoyed when certain Tory wets did not defend the appointment of a past Australian prime minister as a U.K. trade adviser. Instead of telling a left-wing female hack grilling them about the appointment to drop dead, they folded like an overused accordion. Hence Douglas’ call for Taki, but why did he inject the word or? I want both, to head the BBC and the Commission for Human Rights (plus Keira and Jennifer to boot).

The first thing I’d do is fire 90 percent of all BBC personnel who edit, research, or present news, the BBC being the most woke and left-wing of British institutions. No woke fanatic will appear within a block of the studios; no BLM lefty freak will ever tarnish a BBC screen again. Fairness will be paramount, but none of these people who do not menstruate will be allowed on air. Women will be referred to as women. I will also ban the corporation from showing filth, and that includes every single film made here and in America over the past forty years. All sci-fi will be verboten—too predictable and boring and viewed by morons only—as will the f-word on any BBC show. The Best Years of Our Lives, All About Eve, Paths of Glory, Laura, Life With Father, Gone With the Wind, Das Boot, all John Wayne Westerns, all Audie Murphy Westerns, all MGM musicals, all black-and-white movies featuring huge art deco nightclubs, large bands playing ’30s tunes, and men in white tie dancing with beautiful women with mid-Atlantic accents and shimmering dresses will be de rigueur, Casablanca, The Maltese Falcon, All Quiet on the Western Front, Rebecca, all Gary Cooper movies, all Barbara Stanwyck films, all Ava Gardner ones, all William Holden and all Burt Lancaster films, with a weekly showing of The Leopard, Visconti’s masterpiece of the Lampedusa novel. Ditto Fred-and-Ginger movies to brighten up our spirits when the English weather sets in. Marx Brothers films every Sunday morning to get over our hangovers.

“I want both, to head the BBC and the Commission for Human Rights (plus Keira and Jennifer to boot).”

A decree banning all that shouting by sport announcers will be rigorously enforced, along with the canned laughter on prerecorded phony smart-aleck shows like Have I Got News… In fact, an image of the homely, triple-jowled gossipmonger Ian Hislop will hang outside the main BBC building under the banner “This was us,” next to a picture of Rita Hayworth in Gilda under the heading “This is us now.” Yippee! I will seek to find talents that approach those of Noel Coward, and demand that female presenters copy the demeanor of Valerie Hobson. In no time the BBC will reclaim its place as the best broadcasting body in the world and banish Sky, ITV, CBS, NBC, ABC, Netflix, HBO, and CNN to the rubbish heaps where they belong. Last but not least, the slightest PC manifestation on chat shows or in interviews will mean instant dismissal. The BBC under me will be for freedom of speech, and not its suppression by neo-Nazi leftists. There!

As far as the Equality and Human Rights Commission is concerned, my task will be far simpler. I will abolish it in an instant, but if the busybodies who run our lives insist against my ukase, my first order will be that nothing the European Court of Justice directs will ever be obeyed. My second act will be a strict directive against any ruling by the European Convention of Human Rights. ECHR is a body created so that criminals fighting deportation are able to exploit it, nothing more, nothing less. Hence the rights of illegal immigrants to fight in court and enrich unscrupulous lawyers will end. Oh yes, I almost forgot, the most important of all, hate crimes. I will banish the use of the word because it is nothing but a redundancy of expression. If for example a white man attacks and beats up and robs a black man, it is now viewed as a hate crime. But if a black man attacks and beats up and robs a white man, it is seen simply as a crime. No longer. Both will be judged on their merits, or demerits, as the case may be. This will ensure that I will go down in history as Taki the Wise, or Taki the Fair.