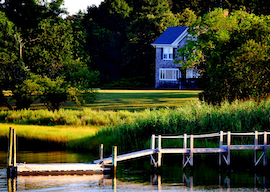 GSTAAD—It’s written in the Declaration of Independence so it must be true, the pursuit of happiness as an unalienable right. There are those, of course, who try to deny us the pursuit of happiness—we used to call them ballbusters—and they were more often than not wives or girlfriends, ladies who had replaced stern nannies or even sterner mothers as we grew older. I’ve had women try to stop my pursuit of happiness throughout my life, mostly using the excuse that they’re worried about my health. They don’t seem to get it that happiness is more important than health, and that I was never healthier than when I was in Pentonville doing three months without booze or drugs of any kind. Happy I was not. (That was 35 years ago.)

Never mind. The wife no longer gives me hell after a nightlong bender, but now I have children playing nanny, and soon it will be the grandchildren. What fresh hell is this? Can’t a man have a little tinkle once in a while? Mind you, we did overdo it for my birthday, but then I’ve got news for the new Gestapo—it comes only once a year, thank God. And what these Nazis didn’t realize is that my name day, the saint’s day that counts even more back home, is August 15, four days after the dreaded birthday, and yet another excuse to get rip-roaring drunk and disorderly. And oh boy, the Karamazovian hangovers now last three days. Remember the great old days when the hangover would disappear after twenty minutes of running? After two hours of exercise, one was ready for another big one, and then another, and another. Yep, those were the nights—days, rather, preparing for the nights to come.

No longer. The sainted editor writing in the Telegraph quoted an actress about decadent and degenerate grandparents, or was it parents? Yippee! Today’s youth is shell-shocked from being bombarded with messages concerning their DNA. Unless they’re members of LGBTQ (what the hell does the Q stand for?), young men are seen as rapists and Neanderthals. Admiring a woman is now leering, and opening a door for a lady is sexist. So, late into the night Michael and my son and some other friends talked about past “creative gatherings,” mainly at my New York house, a block down from the recently departed pedophile Epstein’s megamansion shithole.

“Can’t a man have a little tinkle once in a while?”

The evenings were informal and relaxed; most of the time, dinner was in the kitchen, a converted library with dark brown paneling on the walls. Norman Mailer was at the head; Jay McInerney of Bright Lights, Big City fame and Bret Easton Ellis of Less Than Zero renown being regulars; the literary talks interrupted by Anthony Haden Guest crashing, forcing us to plead in unison with the Hilaire Belloc ditty “Grant, oh Lord, eternal rest, to thy servant Haden Guest/Never mind the where and how, only grant it to him now.” We never managed to shame him into leaving. Free booze was our downfall. Little John Taki would hear the noise and come down, an 8-year-old conversing with best-selling novelists about life and sport. He now recalls those evenings with almost teary-eyed nostalgia.

Tom Wolfe would come to dinner in his trademark all-white suit and listen, gentlemanly, to Henryk de Kwiatkowski—or Baron Munchausen as we called him, in view of his stupendous lies—recount how his ancestor had led the Somosierra Polish dragoon charge that broke the Spanish resistance in the gateway to Madrid. (Henryk is no longer with us, but he once convinced Jimmy Goldsmith in my house that he was on the board of the top 10 Fortune 500 companies.) The Poles won a great victory for Napoleon, but they were no more led by a Kwiatkowski than a Tchaikovsky. Wolfe, always the gent, said nothing. It was left up to me.

Another Pole, Zbigniew Brzezinski, Jimmy Carter’s national security adviser, caused more merriment. My editor at Esquire magazine, Clay Felker, rang me at the gym and asked if he could bring the Pole to dinner. I said, “Of course, looking forward to learning a thing or two from Zbig.” Sure enough, I told the mother of my children and she said she had read his book and was eager to meet him. But when he arrived, Alexandra remonstrated with him about all the bodyguards. “Writers don’t need them,” she said, or something to that effect. “I am such a lousy writer I do need them,” answered Brzezinski with an enigmatic smile. The Pole was a very intelligent man, and he also had a sense of humor. He realized that the wife had mistaken him for someone else, as it happened, Jerzy Kosinski, author of Being There. What I clearly remember is what a perfect evening I had and how much I learned from Zbig, a very nice person and very down-to-earth, once we established the fact that he was one of the biggest shots in Washington.

And so it went, down memory lane. Norman Mailer is gone, Brett Easton Ellis lives in El-Lay, and Michael and I recently went to visit Jay McInerney in Southampton. He’s married to Anne Hearst, among the richest women in America. When he took us around their gigantic house we asked Jay which of his books had earned enough to build such a mansion. He didn’t find it at all funny.