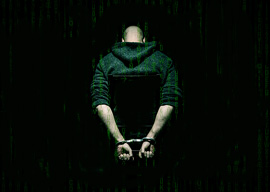 Counting unhatched chickens is rash. Nevertheless, it does seem that ISIS is slowly being degraded as a military power and self-proclaimed state. This is good news for Iraq and Iraqis and will be good news for Syria and Syrians when, with Russia’s aid, President Assad regains control of the country.

What does it mean for the West? Not so much, perhaps. ISIS has never been a military threat to America, Britain, or Europe. For all its lurid talk about making war on the Crusaders, its principal enemies and victims have been other Muslims”Shias and groups the murderous fanatics of ISIS deem heretical. It is as an organizer and promoter of terrorism that ISIS threatens us. Now, as its strongholds fall, we learn that abandoned laptops and mobile phones are being milked for information about terrorist methods and plots.

Much of this will be revealing. Much of it may not, however, be of great significance. There have been vile terrorist acts in Europe and the USA, and we know that plots have been discovered, operations prevented, and would-be perpetrators arrested. The details are not revealed, cases are tried “in camera,” but it’s reasonable to assume that if such plots had come to fruition, the outcome would have been very nasty.

“Terrorist atrocities are so horrible that we are naturally inclined to overestimate the threat that they pose to our democratic way of life.”

Nevertheless, if you look at the Islamist atrocities that have been committed”in the U.S., Britain, France, Germany, and Belgium”none since 9/11 have required any great technical expertise or have appeared to be the work of some organizing master criminal in the Muslim world. 9/11 was exceptional, requiring months of planning and sophisticated cooperation. There has”happily”been nothing comparable since. If other such operations have been planned, as is probable, they have been thwarted by good intelligence work.

Some atrocities have apparently been the work of loners: the Orlando shootings, the truck slaughter in Nice, the brutal murder of Trooper Rigby in London. In the first two cases the murderer may have proclaimed allegiance to ISIS and been acting in the name of the Prophet, but seems to have had no, or very little, connection to ISIS or al-Qaeda.

There was such a connection in other cases: the Charlie Hebdo murders, the Paris shootings at the Bataclan and a bar and restaurant in the autumn of 2015, and the Brussels railway-station bombing. Yet though the connection was there and the terrorists were supported by a network of accomplices, these were all low-tech enterprises, however horrible and frightening. They required no mastermind to direct them. The level and quality of organization required were no greater than might have been needed for a heist by professional criminals.

One doesn”t want to minimize the danger. As I say, we don”t know just how nasty the various plots thwarted by the security services might have been. Yet it’s striking just how low-key and even amateurish the planning of these atrocities seems to have been, so much so that it’s hard to believe that they might not have been prevented by better police work.

A case currently in the British courts makes the point. A young man, Zakaria Boufassil, is on trial accused of providing funding for the Brussels railway-station bombings. One of the accused in that case, Mohamed Abrini, the so-called “man in the hat,” has been giving evidence by video link from his Brussels prison. He had told how he came to England to collect the money”actually state benefits, mistakenly paid to another man who had gone to fight for ISIS. Nothing very interesting or remarkable about this, you may say. What is remarkable is the sum: £3,000. Yes, that’s all. Even if it was £30,000 it would still be a small sum. You might hope to get more from a raid on a small bank or post office. Low-key, low-tech.