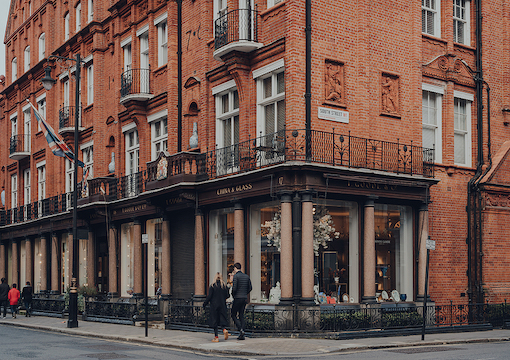 Looking back and trying to choose which among all the incomparably bewitching ones of my youth can be tricky. Giselle was definitely one of them—blond, French, mesmeric, an Aryan apparition—but so was Kiki, very white-skinned, also French, patrician, and very sexy. They were friends, those two, but fell out after they both chose the same boyfriend. And they were also married to men who knew and liked the boyfriend, but back then such things were commonplace, and it was Paris after all. Both ladies are still alive and now quite old, Giselle a widow, Kiki a princess. There were many other beauties, of course, but those two stand out because of the timing, one hell of a winter month of sex and switch and switch again and then once more. And then the two got wise and it was goodbye. Ah, the foolishness of youth, but without it one would have been as useless as one is today.

I got the idea to reminisce after reading Jeremy Clarke’s column in last week’s Spectator. Unlike him, however, I never asked how was I doing from a lady. Those things come naturally. I suppose it was that restless search for a purpose that led to the mad womanizing, but incandescently white skin on a woman can drive me mad, and as I said, Paris was back then a perpetual party, and as long as outward appearances were observed, it was “tout va.” My crowd was scornful of morality, yet very moral where everything else but sex was concerned. Manners were observed to the extreme, and friends I made back then have lasted a lifetime.

“I had a great youth, so why not think about it and smile?”

Mind you, poignant moments are not always recalled at will, but I recently ran into one of the ladies and she asked me about the other, and things came flooding back. Am I living much too deeply in the past? Wouldn’t you if you were my age? I had a great youth, so why not think about it and smile? London followed Paris, and the ’70s, ’80s, and ’90s were wild times in old London town. Weekend parties in the country, Hanbury, Fraser, Morley, Somerset, Gilmour weddings, Tramps and Annabel’s all-nighters, and by this time I was a happily married man with children growing up in the Bagel. That’s what I call living a full life, but an interior one it was not. What was that Edith Piaf song the French Foreign Legion sang as they surrendered to the Viet Minh in Dien Bien Phu? It was something about not regretting a thing. I feel the same, and the life of excess, drink, sex, drugs, and gambling is now in the past, the war against convention over and done with.

Well, not quite. Last week Ben Goldsmith found me somewhere in Mayfair late at night and rang for a car. “You’re not in any shape to be walking alone,” said Ben, “you’ll be mugged for sure.” I protested, but the next thing I remember I was home and Ben had taken care of the nanny driver. The evening had begun in a civilized manner at Bellamy’s, Gavin Rankin’s great place where he gave George Livanos and me a terrific dinner with even better wines. The three of us had such a good time I overdid things, and after we closed the place I went looking for trouble. Finding trouble used to be my favorite pastime, but it feels a bit funny nowadays. Perhaps it’s age, but most likely having found too much trouble in the past, it now seems tame. As a result I have taken on a terrific driver, a Lithuanian Catholic who talks to me about religion and will ensure in the future that I get safely home without Ben Goldsmith’s munificence.

A London summer without Annabel Goldsmith’s garden party would be a bit like Boris without the blond mop, and I hooked up with old friends I never get to see anymore. Prettiest girl there: Sophie Windsor, as always, but I could be prejudiced as I am her mother-in-law’s favorite person by far. I left the party early and joined friends at Hertford Street, but then came Sunday lunch chez les Bismarcks, a day that shall live in infamy as we sat down at 2 p.m. and staggered up at 8 p.m. It went something like this: two Bloody Marys, followed by a few glasses of sparkling rosé wine, then by easily more than twenty glasses of fantastic red wine. Count and Countess B left with their sons for a rock concert in Hyde Park, and I staggered home having given the driver the weekend off so I could walk everywhere. It was a pitiful sight, a grown man crossing Onslow Square and asking directions to the King’s Road.

Never mind. Another Greek, Nick Kyrgios, shamed the fatherland more than yours truly. I watched his father crossing himself while praying for his bum son to win over yet another Greek, and the speaker John Lloyd had no idea what the gesture was. Lloyd watches too many dumb videos, which is the reason Chrissy Evert gave when she divorced him. And at 67 Chrissy looked great at the Wimbledon ceremony on Sunday. As did the greatest of them all, Margaret Court. Next week I will have some tennis scoop for you, but from way in the past. In the meantime, I am going to go two days without booze, just like my doctor ordered some forty years ago.