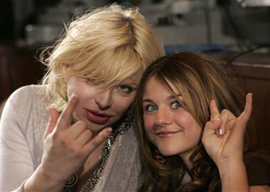 What a week in headline news. If I see one more thing about Iran and Israel, I am going to nuke them all myself. Syria is no better. Plus, the Chinese/Tibetan thing is flaring up again and soon the cute little monks will all be carrying Chinese ID cards.

On the bright side, there’s more tragic news for the cruise-line industry. Some English dude on a gay and lesbian liner jumped off the stinkpot and died. The norovirus infected nearly 500 people on two different Princess Cruises ships. Yippee, skippee! Cruise ships should be illegal, and if not, more useful. In my dreams every politician on the planet would be assigned to a cabin and forced to live there indefinitely.

Sometimes I wish everybody—but especially politicians—would either keep quiet or die en masse. Don’t talking heads ever exhaust themselves? They certainly can take it out of a person. A few checks of the Drudge Report these past few days has me flat on my back and strung-out on meds.

“Don’t talking heads ever exhaust themselves?”

Giants fans are thrilled New York won the Super Bowl. Maybe now they will all shut up about Tom Brady and whether or not he’s the greatest quarterback of his generation. Tom Brady is good-looking and talented. I suppose that’s reason enough to hate him.

No relief in the rags, either. Old Joe Francis from Girls Gone Wild fame is trying to make a buck off Madonna, claiming that her use of the phrase “Girls Gone Wild” in her new song will require a licensing agreement. Francis claims the phrase is his “trademark” and that Madge will have to pay him if she wants to use it on her new album. Francis’s people sent a letter to Madonna insisting she not use the song in her Super Bowl halftime act. What a lowlife.

Digging even lower: Courtney Love and her accursed hatchling Frances Bean Cobain are in the news again because someone leaked 2009 court documents where Frances suggests Love’s drug use caused the death of two family pets. If she can squeeze in some time in between swallowing pain pills and trying to find her cell phone, Courtney is planning to sue whoever leaked the supposedly sealed documents. When the deposition was taken in 2009, Li’l Frances Bean—named after psychopathic actress Frances Farmer, who Kurt Cobain considered some sort of hero—was seeking a restraining order against her mother, who she claims subsisted on a cocktail of drugs, sugar, and cigarettes.