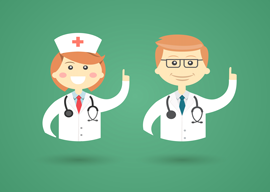 Life is full of little ironies, one of them in my case being that I have more time than ever before, now that I have retired from practice, to read medical journals. I find the experience a little unnerving.

In the old days I glanced through the journals and naÃ¯vely supposed that the summaries of the scientific papers provided for busy doctors represented the content of those papers more or less accurately and, what’s perhaps more important, that the conclusions followed from the evidence. I have found, on reading the journals more carefully, that this is often not so: that the conclusions do not follow from the evidence or are presented in such a way as to be misleading.

I am not a thoroughgoing skeptic about modern medicine, and like almost everyone else I would take myself off to a doctor in the event of illness. If it were not for modern medicine, or comparatively modern medicine, I would have been dead a long time ago. Nevertheless, it is not reassuring that so much of what doctors do, and what I did myself, is less than scientifically sound or justified, and some of it is downright harmful.

“Only one conclusion is possible: the principal beneficiaries of this medical endeavor are the drug manufacturers, with the doctors a poor second.”

Here, for example, is a little item from the back of a recent edition of the British Medical Journal. It comes from a column called “Minerva,” which supplies very short summaries of interesting papers in other medical journals. It reads as follows:

If patients knew how little the drugs they were taking were likely to benefit them, would they bother to carry on? In type 2 diabetes, tight blood pressure control is probably only of value above a certain threshold of cardiovascular risk, as shown by the ADVANCE trial, among others. But an analysis of the ADVANCE data … shows that even if you select the patients at the highest risk, you would need to treat 200 for five years to prevent one adverse event.

I should perhaps point out that controlled trials in medical research are often given acronyms or pseudo-acronyms, in this case ADVANCE standing, almost, for Action in Diabetes and Vascular Disease. And the event referred to in the above passage is a heart attack or stroke.

What this little paragraph is saying in effect is that untold thousands, possibly even millions, of people around the world are being treated with drugs with actual or potential side effects, at enormous expense and effort, all to no benefit whatsoever to themselves. They do not know or appreciate this, even if they have been told of the logic and statistics on the basis of which they are being treated: for patients often fail to listen to, understand, or retain the information given them by their doctors. (And some doctors give no information.)

The actual situation is worse than the paragraph conveys, for when trials such as the ADVANCE are carried out, the test patients” compliance with their medication”the degree to which they take what they are prescribed”is usually much better than in normal conditions. A half of patients prescribed anti-hypertension pills stop taking them within twelve months; the rest rarely take them precisely as prescribed. And most of the patients given the drugs in the first place will not even fall into the category at highest risk, two hundred of whom have to take the drugs for five years to prevent one stroke or heart attack. Only one conclusion is possible: the principal beneficiaries of this medical endeavor are the drug manufacturers, with the doctors a poor second.

This is by no means an unusual situation in modern medicine. Many screening procedures are doubtful at best; some do more harm than good, by arousing anxiety or by promoting unnecessary surgery, as well as through more immediate side effects. Increasingly, the patient is not so much ill as the bearer of risk factors for disease, whose statistical effect the doctor attempts to nullify.

In the same “Minerva” column, we learn that annual health checks on everyone between the ages of 40 and 75 are likely to be useless, at least as carried out in Britain, except possibly as a mild Keynesian stimulus to the economy. When the records of 130,356 people who had undergone such checks were examined, it was discovered that only about 20 per cent of those at high risk of cardiac disease were prescribed statins and even fewer of those with high blood pressure underwent treatment to lower it.