Duty to Others in an Age of Individuals 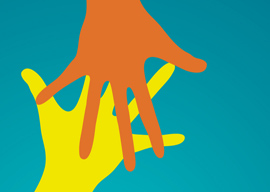 There is a striking passage in Edith Hamilton’s study The Echo of Greece (1957) that reads like a description of America in 2018. Reflecting on the decline of democracy in ancient Athens, the great classicist tells us that

What the people wanted was a government which would provide a comfortable life for them, and with this as the foremost object ideas of freedom and self-reliance and service to the community were obscured to the point of disappearing. Athens was more and more looked on as a co-operative business, possessed of great wealth, in which all citizens had a right to share…. Athens had reached the point of rejecting independence, and the freedom she now wanted was freedom from responsibility. There could be only one result…. If men insisted on being free from the burden of a life that was self-dependent and also responsible for the common good, they would cease to be free at all. Responsibility was the price every man must pay for freedom. It was to be had on no other terms.

Surely we can all recognize our degenerate America, a nation that has become a “co-operative business,” in this passage. Citizens and politicians have long wanted “a comfortable life,” to the neglect of more important virtues such as “self-reliance” and “service to the community.” The value of freedom is determined by what we are willing and able to do with it, and in our time, as in ancient Athens, many are proving to be inadequate to the burden.

Our “freedom from responsibility” goes along with a sense of entitlement, like the Athens “possessed of great wealth, in which all citizens had a right to share.” This sense of entitlement is exacerbated by the (increasingly lucrative) diversity industry, as administrators, inept professors, and the canting journalists whom the latter miseducated insist that all unwanted differences between the races and the genders are owing to “discrimination.” That fallacy is used to justify hiring quotas, affirmative action, and other unjust entitlements.

“The goal is not dependence as a result of character defects, but reciprocal obligation that promotes the good life.”

We are thus a long way from what America is supposed to be. In the words of the fine scholar Thomas West, “The founders defined justice as the protection of the natural rights of every American citizen equally. Today, we define justice as the transfer of wealth, privilege, and honors from the ‘advantaged’ to the ‘disadvantaged.’” And here, alas, personal conduct and character are not given sufficient weight. In the face of constant resentment, the belief that a person might actually deserve his station in life—it being the fruit of his own behavior—is easily lost.

Among politicians and the wealthy elite, “freedom from responsibility” has meant hollowing out the country and selling out the future so that a philistine minority could profit enormously and enjoy themselves in the short-term. Hence our national debt, stagnant wages for the majority of workers, moneygrubbing war machine abroad, badly enforced borders, and well-paid hacks like Bill Kristol, John Podhoretz, and Jonah Goldberg whose function it is to provide intellectual justification for America’s decline.

Real progress, in which everyone is “responsible for the common good,” requires restoring a sense of duty to one another. This is a moral virtue that should not be confounded with the evasion of responsibility described above. For the goal is not dependence as a result of character defects, but reciprocal obligation that promotes the good life.

To achieve this, we need to resist the pathological perspectives that, having become so common, readily pass for normal and wise, even. In a recent article in The New Yorker, for example, Jia Tolentino laments that “conventional femininity teaches women to be good partners to men as a basic moral requirement: a woman should provide her man a support system…and it is her job to convince him, and the world, that she is good.” Now, it used to be taken for granted that men and women are to complement each other, that they are, as my friend Tony Esolen says, “for each other.” To Tolentino and many others, that men have certain moral expectations of women is intrinsically unjust. Yet surely any healthy conception of the sexes’ romantic relations must contain certain moral expectations. “A support system” is an indispensable element of the special care that characterizes a romantic relationship. So is convincing the other person that you are “good,” that is, worthy of him or her.

Since the family is the primary social unit, of which the state itself is ultimately an extension, a restored sense of duty to others must begin there. Needless to say, this is no easy task. “Beginning in the 1960s,” notes Thomas West,

our laws have abolished marriage as a meaningful legal contract. In the founding, husbands and wives had important rights and duties, and divorce was only available for serious misbehavior of a spouse…. Today, the older “marriage model” for raising and caring for children has been replaced by a “child support model.” Marriage can now be dissolved at the whim of either partner, and government mandates child support whether or not the parents were ever married. Marriage loses its significance when the mother knows she will probably receive custody and child support if she expels the father from the house.

No-fault divorce, West helps us to understand, is an extraordinarily pernicious thing. At its frequent worst, it lends itself to the delusional expectations to which human nature itself is naturally inclined, and which the state now rewards. The legacy is a culture of corrupted families, with countless boys and girls growing up without a father (and male authority) in the household. It is reasonable to believe that many of today’s feminists are products of the debased ’60s and ’70s, an era that effected changes from which the American family may never recover. No doubt some of these women were raised without a father, their conception of men determined primarily by the sexual marketplace—whose vagaries and invariable disappointments hardly constitute a model of men at their best. And it is likely that, in some complex way, the gender-confusion epidemic is partially attributable to the debased family, natural human development having been perverted in so many instances.