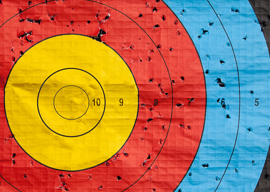 Black lives may matter, but some matter less than others. Poor Stephon Clark. He was so close to the sainthood that is bestowed upon any black person who’s shot by a cop…or by a white…or by a white Hispanic…or by pretty much anyone except another black. Clark certainly had the credentials for canonization. A long criminal record, past violent offenses, and he was tall (it really helps if shot thugs are tall, because then they can be lovingly remembered as “gentle giants”). Last month, when Clark decided to go on a window-smashing rampage in his neighborhood (as a direct challenge to the theories of Bastiat), the hail of bullets that took him down practically assured his place in the “hands up don’t shoot” hall of fame.

Except, Clark turned out to be a brutha who don’t like the sistas. This ventilated giant was certainly not gentle with the feelings of black women. He never wasted an opportunity on social media to express his disdain for women of color. “I don’t want nothin Black but a Xbox, dark bitches bring dark days,” was one prized tweet. And this one from his Asian “baby mama” in reference to Clark’s racial preferences: “This nigga said ‘I don’t want no black baby. I’m already black. I don’t need no black baby.’” Clark responded with an enthusiastic thumbs-up.

As might be expected, “Kristallnacht Clark’s” martyr status was soon challenged by black women across the blogosphere. Huffington Post guest columnist Kimberly Foster stated the obvious: “Stephon Clark was not a perfect victim.” Well, duh. With “enjoys beating up women” on his professional résumé, I doubt he would have been a perfect mate, either. Foster denounced Clark’s tweets for reinforcing the stereotype of “blackness” as “ugly and unfeminine,” and she declared her support for black women who refuse to protest on his behalf:

Black women cannot be asked to make allowances for black men’s hatefulness in order to fight for the greater good because creating a world that offers no passes for the degradation of black girls and women is not a negligible goal…. Public protests can be costly, and if after an assessment of what must be sacrificed, black women deem the costs too great, that decision is valid.

On the bright side, thanks to the Sacramento PD, black women no longer risk running into Stephon Clark on Tinder.

“In short (sorry again), little people have every reason to be pain-in-the-ass complainers.”

It’s basic human nature to react negatively to feeling excluded because of how you look. As a short man (5 foot 6 on a good day), I’ve certainly felt that sting on many the occasion. But it’s never occurred to me to try to force women to like short men. Unfortunately, blacks (especially black women), egged on by a left that swears by social engineering no matter how many times it’s failed, will pull out every stop to bully, threaten, and scare people into liking them. Just last August, black journalist Kendra Pierre-Louis took to Scientific American to argue that if you hold to a “European standard of beauty,” you’re actually helping to physically kill black women. Yes, having a standard of beauty that excludes Gabourey Sidibe is now considered tantamount to murder.

The left’s war on aesthetic preferences is also a war on reality, as aesthetic preferences are part of being human. But unless one’s preference is “white males are icky,” these days, those feelings must be shunned, lest you damage a person of color’s self-esteem. And the war on aesthetics has moved beyond mere color. Perhaps the loudest partisans in the fight to be accepted as beautiful and desirable are the trannies. Men are no longer afforded the right to say, “I don’t find dudes in a dress attractive.” If a guy claims to be a woman “on the inside,” the left has declared that he must be seen as a woman in all aspects of life, from the bedroom to the bathroom.

For trannies, the fight isn’t about being seen just as pretty, but normal. We are no longer supposed to believe that there is anything abnormal about guys who want to lop off their dicks. Last week, the American Medical Association (which has apparently decided to become part of the anti-Trump “resistance,” because historically every time doctors have pledged allegiance to a political movement the results have been great!) weighed in on Trump’s decision to ban trannies from military service. Even though Trump has narrowed his ban to trannies with “a history or diagnosis of gender dysphoria…who may require substantial medical treatment,” the AMA, in a letter to Defense Secretary Mattis, declared that trannies must be allowed to serve even if they have a diagnosed mental disorder. Current U.S. Army policy is to disqualify recruits who have a history of depression, bipolar disorder, or self-mutilation. Demanding that trannies be allowed to serve even if they have a diagnosed mental disorder is not equality but an exception. Not equal treatment but special treatment.

The AMA letter got me thinkin’ about dwarfs. And midgets. “Little people,” as they like to be called. I generally avoid PC terms like “African-American,” but I’ll use the preferred nomenclature in this case because it makes sense; a dwarf is not a midget, and a midget is not a dwarf. Sometimes umbrella terms are legitimately useful. It is estimated that there are about 5 million Americans who to one extent or another are considered “little people.” That figure dwarfs (sorry) the number of U.S. trannies, which in 2011 was estimated at 700,000, and in 2016, 1.4 million (considering the fact that these days it’s a fad among the young to call themselves “gender-fluid,” I tend to think that the older, 700,000 figure is more sound…and even that one is likely too high). I don’t normally think about little people…and the chances are most of you don’t either. And that’s kind of the point. Little people face huge daily challenges trying to get by in a world built for normies, but, grading on a curve compared with other minority groups, they rarely make much noise about it. Ironically, I actually think little people have more of a right to complain than other minorities. From high shelves to large staircases to elevator buttons, from the public stares to the demeaning jobs (like playing leprechauns at St. Paddy’s frat parties), little people don’t exactly live on easy street. Even the protections offered by the Americans with Disabilities Act often fail to provide for the specific needs of the tiny.