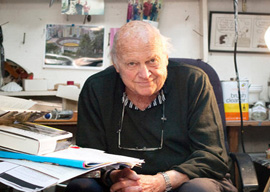 In 1941, in the plaza de toros of Mexico City, a nineteen-year-old audience member made foolhardy as a result of drinking tequila and reading Hemingway ran down through the stands and leaped into the ring with a half-ton fighting bull. Using his coat as an improvised cape, he managed a few “passes” with it before the matador’s assistants distracted the animal away from him and the police could take him into custody. At this point the crowd complained loudly at the sight of a young man’s courage being punished. The matador, seeing a way to deftly win the crowd’s sympathy before he’d even faced the bull, overcame his natural annoyance at having his bull tampered with and appealed to the plaza president for clemency. The young man was released, and the magnanimous torero invited him, if he had the courage and fortitude, to take a more serious interest and join him for a training session in the plaza the following day.

It’s a dramatic story, yes, but surprisingly familiar to those who know the annals of el mundo de los toros, “the world of the bulls,” AKA el mundillo, “the little world.” It is merely another story of un espontÃ¡neo, “a spontaneous one.” (I last saw one in the vast and historic plaza of Seville, La Maestranza, in 2009, when my then-teacher Juan JosÃ© Padilla was facing the so-called “Bulls of Death,” the Miuras. Since then, I have fought the Miuras myself, and Padilla has gained international fame by losing his eye to a bull, but those are stories for another time.)

“Barnaby Conrad was not a man who could ever have written a book like A Farewell to Arms, but he was perhaps all the happier for it, dying at 90 of natural causes rather than blowing his brains out at 61.”

However, this espontÃ¡neo was a little different, being a gringo, an American student from the University of North Carolina in Mexico for a year to study Spanish before transferring on to Yale. It made the newspapers, and he went on to take up the matador”in fact a matador de novillos, a novice matador”Felix GuzmÃ¡n, on his offer of lessons in toreo, the word so badly mistranslated into English as “bullfighting.” (The corrida de toros is neither a fight nor a sport of any kind, but a pre-scripted drama with a ritual sacrifice as its final act. The English word was coopted from our own “sport” of pitting dogs against bulls and betting on the outcome, an activity we banned in the mid-19th century, leaving the English with the bulldog as their national symbol just as the bull is Spain’s.)

The gringo’s name was Barnaby Conrad and he was soon gored sufficiently that he not only had to give up”temporarily”toreo, but he also failed the medical which, like that other bullfighting aficionado Ernest Hemingway before him, kept him out of a World War, in his case the second one. (Hemingway went on to enlist in the ambulance service, which was how he received his wounds and decorations for valor. Conrad was turned down for that as well.)

So Conrad found himself, as his friends lined up to die in Europe and the Far East, entering the diplomatic service. As a man from a family with good connections”he listed in his memoir Fun While It Lasted relations from George Washington to the first Governor of Puerto Rico”he ended up as Vice Consul in Seville and other cities in Spain from 1943 to 1946.

It was there that he came under the taurine tutelage of Juan Belmonte, a torero often credited as the inventor of modern toreo. For where the antique matador ducked and dodged around the plaza in a display of courage and athleticism, his post-Belmonte counterparts stand stock-still, feet planted in the sand, summoning and sending forth the charging animal using only a piece of red cloth draped over a wooden stick in a ballet that matches wit and nerve against bulk and fury.

It is the aesthetic contrast between the bull’s thundering dynamism and the man’s statuesque form and immovability that provides the artistic content which is the corrida‘s sole raison d’Ãªtre today. (It is for this reason that the spectacle is on its way to being made a thing of protected “cultural interest” by the Spanish government, having last week passed through the Congress by a landslide of 180 to 40 against, with 107 abstentions. Polls in Spain may usually find the majority of the populace has “no interest” in the bulls per se, but a similarly sized majority also polls against it ever being banned.)

Belmonte was the foremost matador of the period when this stylistic shift occurred in Spain’s fiesta nacional, alongside his friend and rival Joselito, until the latter’s death on the horns of the bull Bailador in 1920, which brought to an end the “Golden Age” in the plazas of Spain. However, while Belmonte”along with the aforementioned Mexican torero GuzmÃ¡n who had been killed by the bull ReventÃ³n in 1943″supplied his taurine inspiration, it was another famous matador who supplied his literary one.