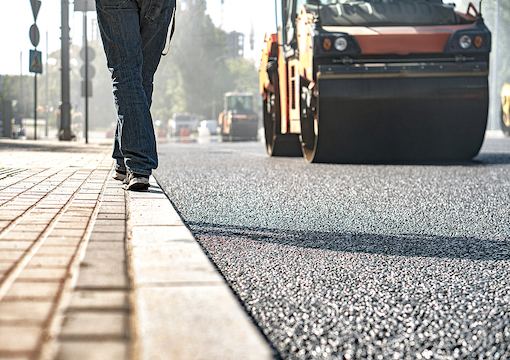 Sometime in the early 1990s a friend suggested that I watch a movie called The Handmaid’s Tale. I was vaguely aware of the book…I knew it was authored by some ugly old bat from Canada, and honestly you couldn’t have paid me enough to read it. But I have a fondness for dystopian sci-fi, and my friend was like, “The movie’s really good! Give it a try.”

As it was on cable and didn’t cost me anything, I figured, sure.

I’m going on memory here, but this is what I recall. Most of the world’s women have been rendered infertile by the Evils of Man, a theme incredibly common in dystopian sci-fi but that withered old bag probably thought she was the first to think of it. And the movie starts with women being processed to sort the barren from the birthing.

Okay, fine. It’s no After the Fall of New York (the last fertile woman on earth is protected by a mutant gorilla named Big Ape and a robot named Ratchet—now that’s sci-fi). I made it about ten minutes in…until the scene where the fertile women are being bused from the sorting complex, and the shot widens to reveal chain gangs of infertile female laborers paving a road (or clearing a road or something similar). And that’s when I snapped. I couldn’t imagine how this future America went from women becoming infertile to women being used as slaves to do manual labor.

How’d that Point A get to Point C?

(Woman speaking to her husband) “I have terrible news, honey. I can’t have kids.”

That road-paving thing broke my mind. I couldn’t get past it, so I turned the film off.

As a fan of speculative dystopian fiction, and as someone who’s studied real-life historical apartheids and exclusionary societies, I consider it a perverse privilege to be able to document exactly such a transitional period—that “B” between Point A (old America) and Point C (“You’re white? Go pave a road”). Because make no mistake—that’s where we are right now: on the path to an antiwhite racial dystopia. We’re not there yet; we may in fact be at the last juncture where the brakes can be applied. But the car’s only moving in one direction, and it’s toward that dystopia, not away from it.

For those of us who see this period as a novel’s prologue, it’s vital to not fall victim to the grandiose alarmism that affects the work of bad scribes. There’s not going to be a race war, or a civil war, or secession, or “national divorce,” or racial “homelands.” It’ll be a banal apartheid. Most whites will just keep on keeping on. Never underestimate mankind’s capacity to absorb a beatdown.

And that’s especially true of apartheids in which the elite members of the group getting beaten down are in on it. That might be the only thing that old hag got right with Handmaid; from what I recall of the film, elite women were the most brutal enforcers of the female slavery system. There are multiple historical examples of members of an oppressed group collaborating with their oppressors, and by studying those precedents, we can better understand what makes our coming dystopia so much worse.

At the start of the European conquest of North America, it was common for this or that Indian tribe to ally with the white man. The MiqMoqs are warring with the Chikawikas, so the MiqMoqs strike a deal with the whites whose advanced weaponry can help their tribe prevail.

The British promise the UngaBungas that British rule will end the slave trade, and the UngaBungas, tired of being enslaved by the AliAkbars, are like, “Heck, maybe you’re the lesser evil. We’ll help you out!”

As Hitler pitted Aryans against Slavs during his short-lived attempt at white-on-white apartheid, Slavs would try to prove their racial worth to join the winning side (“Lookit my forehead; it’s not sloping! I’m a Mozart, a Mozart, I tells ya!”).

Hell, during the early years of Hitler’s reign, even some Jews collaborated in order to facilitate the transfer of prosperous German Jews and their gelt to Palestine.

But (in the words of every Fox News guest ever) “here’s the thing”: In all of those cases, the apartheid planners, from their perspective, thought they were forging something better. The European conquerors of Injun country believed that they were taking the raw dirt of a bunch of thong-wearing featherheads and turning it into a nation of modern marvels and unparalleled might (spoiler: They were correct). In Africa, the British claimed they were bringing infrastructure to the most backwards place on earth (while coincidentally getting rich off diamonds). Hitler genuinely believed that a continent run by Aryans would spark a renaissance and last a millennium. And the Jews who collaborated with the Nazis were themselves trying to build something better, “making a desert bloom” while instituting a bit of apartheid themselves against a gaggle of barbarous camel-fornicators.

“Our incipient American apartheid is based solely on tearing down.”

In apartheid South Africa, the whites saw their racially tiered system as necessary in order to maintain the only First World nation on the continent (spoiler: They were correct). You can dismiss South African apartheid as “racial hatred” (a meaningless phrase in an age in which everything a white person does is considered “racial hatred”), but you can also see SA apartheid as a bunch of people who built something successful and who knew that the racial tiering was needed to keep their successful thing from falling to shit (spoiler: They were correct).

The point being, the people behind all of those racially tiered or exclusive systems believed, right or wrong (and Hitler was certainly wrong; the Poles have proven more capable stewards of Europe than the Germans), that they were building better.

Call them racists, “supremacists,” or monsters, but their goal was to create, not destroy. It doesn’t make them good people; it just means that their intentions, their beliefs, were in the service of building up, not tearing down.

Our incipient American apartheid is based solely on tearing down. On being antiwhite for the sake of it, as opposed to being antiwhite because others believe they can “build better.” That’s why this incoming apartheid is dystopian and dysgenic. Again, say what you will about the brutality of SA apartheid, Nazi Germany, British colonialism, and Manifest Destiny, but those things were carried out by people who genuinely believed that they deserved the reins because they could forge something greater.

There’s some vague notion that as whites are cut down to size—silenced, excised from high-skilled jobs, subjected cradle-to-grave to messages on autoplay loop about how “whiteness” is the root of all evil—somehow this will make blacks more capable, more adept at trigonometry and neurosurgery, and less likely to lean toward criminality. But I’m not really sure how many blacks, or the whites and Jews guiding and empowering that message, actually believe it. This is a vengeance apartheid, not a “vision” apartheid.

And it’s an antiwhite apartheid with massive white participation. Unlike other groups that joined in their own oppression, there’s no clearly defined upside for white collaborators. Yet we see huge numbers of college-educated whites, and millennial whites, backing the whole “white is evil, stop us before we genocide again” platform.

You can blame blacks as the primary beneficiaries, and you can blame Jews as the intellectual thought-leaders, but the simple fact is, this crap would not be on the fast track to dominant national dogma if not for the complicity of so many non-Jewish non-Hispanic whites. These are the people voting for critical race theory, defund the police, decarceration, elimination of single-family residence zoning, open borders, asylum for every Third Worlder, and antiwhite job quotas.

Who do you think buys Robin DiAngelo’s books? Detroit blacks? NYC Puerto Ricans? Please. Those books are primarily bought by “enlightened” whites like Jimmy Fallon who (as he said in his interview with DiAngelo last year) read them and exclaim, “Boy, we sure do suck.” These are often whites with no real-world skills, yet they have useless degrees that give them a feeling of superiority over the “other” whites, the blue-collar, non-college-educated ones.

And 2016 showed that this despised working-class demographic still has enough influence to elect a president, if his platform is strong enough.

So the “elite” whites are all-too-happy to salt the earth to keep other whites disenfranchised and in their place. To relate this to the comedy world, when you see Sarah Silverman, Jimmy Kimmel, Howard Stern, and David Cross—people who became hugely successful doing racial or bawdy material—working so aggressively (via cancel culture) to prevent young comics from having the freedom to follow in their footsteps, what they’re doing is preserving their own privileged position, and their legacy. Sarah Silverman knows that she can never again do race comedy. So she wants to be the last female comic who ever did. It’s her only conceivable ticket to immortality. If younger, funnier people could still do “nigger and chink” jokes, Silverman, who can’t be funny without being racial and who flopped in her attempted segue to “serious actress,” would be lost to history.

The white earth-salters who are helping to usher in the coming apartheid are fine with being the last generation of whites to not have to live under the codification of the things they’re promoting, at the moment, as “voluntary” or “free market” exclusionary antiwhite policies. Because that’s what’s in the cards. Not a race war, not a “balkanized America.” Simply put, everything that’s de facto right now will become law. The apartheid will be a formalization of what will have already been the norm for a decade or two. A cap on the number of whites in boardrooms, entertainment, and STEM. A racially tiered grading system in schools. Racially tiered policing and incarceration. Race-based standards for who gets to be on social media, or the internet entirely, and who doesn’t. Race-based standards for who gets priority medical care. 1619 cultism taught K-through-12. A ban on white people being visible in a business transaction (yes, that’s currently a thing).

It’s not that the earth-salters aren’t thinking about the future; they are, and that’s the problem. It doesn’t trouble them that future generations of American whites might curse their name. They’ll be remembered.

Remembered as people who didn’t build a reich or an empire, but ended one.

And they’ll be remembered bitterly by every white guy twenty years from now who’s told, “Sorry, you can’t get this STEM job, because you’re white and your IQ is over 80…but hey, here’s a shovel. Go pave a road, asshole.”