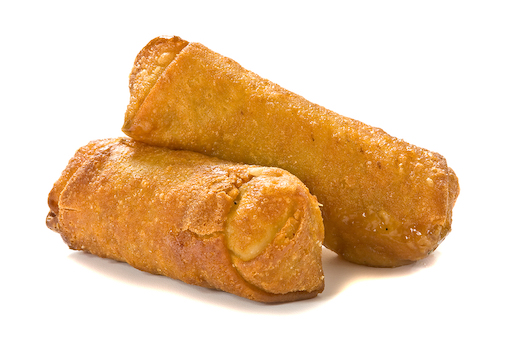 But what if it’s more than that? What if that innocent-looking egg roll symbolizes a conspiracy of malicious elites to destroy American culture and bring us all under their eternal thrall?

For most normal, average, white-bread Americans, Christmas is the biggest holiday of the year. We gather together, swap presents, eat turkey, drink egg nog, and strain with every fiber of our being not to get into drunken brawls with relatives over politics.

But are you aware that every Christmas, two of the nation’s most successful immigrant groups—neither of which is majority Christian and one of which is actively Christ-hostile—gather together to celebrate a shared cultural tradition that has absolutely nothing to do with Christ’s birth except for the fact that it falls on December 25?

I’m referring to the Jewish American tradition of eating Chinese food on Christmas. Working as it does in tandem with the Chinese American tradition of ignoring Christmas in order to keep one’s business open and maximize profits, it seems to be a perfect opportunity to deliver a cold, bracing slap across normal Americans’ faces.

Compared to white Christian Americans, Chinese and Jewish Americans have a substantially higher per-capita income, a higher mean IQ, a lower crime rate, and a longer life expectancy. If one paid attention to these factors alone and ignored the fraudulent gospel of “white privilege,” one could fairly conclude that both groups are privileged compared to white Christians.

“What if we’re at home, vacantly petting the dog and sipping egg nog while they’re nibbling on egg rolls and plotting our demise?”

During his 33 years on this planet, Jesus Christ never once set foot in China—or at least that’s what they tell me, because I never met the guy. By and large, Chinese people—both in America and definitely in China—are not Christians. This may be the main reason why Chinese restaurants tend to be open on Christmas.

It also may be why Jewish Americans have a tradition of eating Chinese food on Christmas, which I suspect—without a scintilla of evidence—may be part of a global conspiracy to destroy the Western world right before our little round eyes, a deliberate act of cultural blasphemy against the very soul of Western Civilization.

Living as minorities in America, both groups share a sense of “otherness.” Both groups are also intensely chauvinistic in that they seem convinced that their group represents the finest that humanity has to offer.

A hundred years ago, there were many practical reasons for Jewish people to eat at Chinese restaurants, at least on Christmas. Primary among them was the fact that German and Italian and French restaurants were all closed on Christmas. But even when they were open, it was nearly impossible for a Christ-avoidant Son of Judah to escape Christian iconography. Chinese Americans also had very little historical interactions with Jewish people, so there weren’t any smoldering cultural hostilities that might get in the way of a good meal. Besides all that, Chinese cooking never mixes meat and dairy, so unlike most European cuisines it is at least partially kosher.

According to scholars about this weird one-day tradition—yes, such scholars exist—the first mention of Jews eating Chinese food was in an 1899 issue of American Hebrew Weekly in an editorial that condemned Jews for frequenting non-kosher restaurants.

By 1910, Jewish immigrants to NYC numbered approximately one million—a quarter of the city’s total population, with many of them huddled together in tenements on Manhattan’s Lower East Side. As luck and proximity would have it, the Lower East Side was also a magnet for Chinese immigrants who left California in the 1870s and 1880s after major railroad construction was completed. By 1936, there were a reported 18 Chinese restaurants clustered together on the Lower East Side. According to one estimate, 60 percent of all the business for Chinese restaurants in New York City and Philadelphia came from Jewish clients.

It dates at least as early as 1935 when The New York Times reported a certain restaurant owner named Eng Shee Chuck who brought chow mein on Christmas Day to the Jewish Children’s Home in Newark. Over the years, Jewish families and friends gather on Christmas Eve and Christmas Day at Chinese restaurants across the United States to socialize and to banter, to reinforce social and familiar bonds, and to engage in a favorite activity for Jews during the Christmas holiday. The Chinese restaurant has become a place where Jewish identity is made, remade and announced.

According to Hanna Miller in an essay titled “Identity Takeout: How American Jews Made Chinese Food Their Ethnic Cuisine”:

Eating Chinese [food] has become a meaningful symbol of American Judaism…For in eating Chinese, the Jews found a modern means of expressing their traditional cultural values. The savoring of Chinese food is now a ritualized celebration of immigration, education, family, community, and continuity.

So obviously it’s a lot more than just an egg roll.

Back in their homeland, the Chinese have a cultural fetish for Jews that borders on hero worship. There’s an entire cottage industry that examines Western Jewish success and offers business tips ostensibly based on the Talmud. And unlike their attitude toward most Westerners, the Chinese don’t look at Jews as subhuman dogs. According to Dr. Yoram Evron at the Department of Asian Studies at the University of Haifa:

The peoples of Asia, especially the Chinese, saw themselves as superior, and other peoples were measured according to their level of culture and closeness to China, while Westerners were considered to have a low cultural level and were perceived as ‘barbarians.’ The Jews, on the other hand, are not included in this group, because they too were persecuted by the Westerners, and the Chinese see themselves as subject to Western semi-colonialism, and the Jews succeeded in overcoming Western colonialism and establishing a state.

In a best-seller titled What’s Behind Jewish Cleverness, writer He Xiongfei uses a pseudonym to gush thusly:

[Jews] are the most intelligent, mysterious, and the wealthiest people in the world. In a sense, not knowing about Jews equals not knowing the world! When Jews sneeze at home, all the banks in the world would catch a cold one by one. Five Jews together can control the gold market of the humankind; the antagonism between the East and the West, in a sense, can be said to be that between two Jews—Jesus and Marx.

So we have two elite minority groups who both look at America’s host culture as inferior to theirs. They both view themselves as the center of the universe but are willing to put aside the fact that they can’t both be #1 in order to shove the host culture that much further beneath them.

As a deeply paranoid white American male, I have my suspicions about what’s going on here.

What if it’s a conspiracy? What if we’re at home, vacantly petting the dog and sipping egg nog while they’re nibbling on egg rolls and plotting our demise?

I’ll be eating a big, fat, greasy Butterball turkey for Christmas, thank you very much. But the moment I’m done, and provided that the tryptophan doesn’t knock me out cold, I’ll be heading to a local Chinese restaurant, video camera in hand, asking uncomfortable questions.