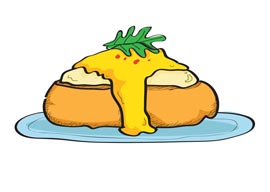 Familiarity breeds contempt. It’s easy to support left-wing thugs at PBR keg parties in Vermont and Oregon. It’s another thing to do so when they”re yelling at you while you eat. Manhattan brunchers aren”t right-wing cop worshippers now, though I can scarcely think of a better way to transform them into such. To some degree, one can ignore the “vibrancy” of an “emerging neighborhood” in a loft four stories above street level. It’s harder to tune out when it’s yelling at you during your Sunday nosh. “¨I, for one, welcome these unwitting brunchtime recruiters of the new urban right. I”m sure they”ll have an impact”just not the one they hoped for.