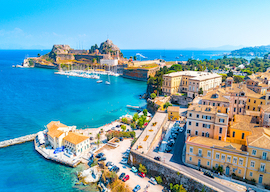 Now it can be told! A Boris ex I sat next to last week gave me the scoop: He is absentminded, he’s disorganized, and he drops wine on sofas—hold the presses, this is a world exclusive. Actually it was Petronella Wyatt during a Rupert Hambro lunch for Conrad Black, with lotsa big hitters including Pa Johnson. La Wyatt is a good girl, and she did have a bit of a rough time with Mister B, but she’s been grand where cashing in is concerned. Despite nonstop offers by lowlifes who pass as journalists nowadays, she has refused them all. Ladies do not spill the beans, especially not for moola. And the offers would have tempted many so-called lassies I know, but not this Hungarian hussy. Good for you, kid, you’re a disgrace to the Kardashian and Hilton clans, but never mind.

Actually, Petronella did not take my advice, which was a real electoral winner: I told her that she should accept the highest offer and then sit down with a large piece of cardboard and an industrial pen and draw Boris’ willy in actual size—fourteen inches and with a vast circumference—and declare that his organ was far larger than that of Superman. For any of you young whippersnappers who have never heard of Superman, he was a freak show in B.C. Cuba, and all of us college boys back then paid eighty cents to see his act. (I remember a braggart friend of mine on our way out of that ghastly place saying he was not impressed.) Such was his fame—infamy, really—that Superman was included in the film Godfather Part II. Never mind. Wyatt did not take my advice, and she is the poorer for it. And Boris is probably breathing easier. It would have certainly taken the Brexit word off the front pages. And I can see the headlines, even in The Telegraph: ‘From Supermac to Superman!’

I am surprised that Duncan Smith, a very good man, is against an electoral pact with Nigel Farage, a pact that would guarantee victory. But sometimes people on the inside fail to see the obvious. Boris has to either prorogue or go with Nigel up north, where the good people voted Leave and were screwed by the unholy alliance of Eurotrash bureaucrats and the Hammond-Bercow axis. During the lunch I had a brief chat with my first Spectator proprietor, Henry Keswick, or Sir Henry as he is today. It was 42 years ago, and Jenny Naipaul, Shiva Naipaul’s wife and Alexander Chancellor’s assistant, rang and told me I’d better get down to Doughty Street and fast. Henry, taipan of Jardine Matheson, wanted a word. I was free to write wild stuff back then, so on my way there I tried to think of whom I had insulted and why. Once in the editor’s office Henry went straight to the point. My father’s National Shipping had chartered a supertanker from Jardine’s and then broken the contract. Would I ring my office and have someone speak to Henry? The taipan wanted to settle, an everyday occurrence in shipping. Well, I was told in no uncertain terms not to get involved by one of dad’s chief executives, and we ended up paying more in penalties than if we had stuck to the contract under a collapsing market. When my father heard of it—a little bird told him—he went ape. That is when he decided the executive needed employment elsewhere. We had twenty supertankers that rang up to 2.5 million tons. Jardine’s had 500,000 employees and knew how to play tough. After all, they had turned most of China into an opium den back in the good old days. Henry did not remember the details, but we had a good laugh about it.

That very evening I briefly sat next to the loveliest, most sublime girl in Britain, Sophie Windsor, wife of Freddy, and also met her father, who is an old Corfu hand and remembers the Ionian islands before the developers and the tourists put them to the sword. All the European precious jewels have gone, Venice, Florence, Rome, Zante—my island—Corfu, you name it, well-off proles have ruined it. It is the same everywhere. Universities of great renown and learning have turned into politically correct, race-obsessed places where one either plays along and submits or is shown the door by racial vigilantes.

Civilization has now reached a stage of final decline as far as free thought is concerned. A self-satisfied mandarinate leads a proletariat that is ever demanding of more for less, and those who resist the blackmail are instantly excluded by Big Brother, who uses the media to spread the word of who is in and who is out. Trump, Orbán, Salvini, Boris, Murdock—all are painted with the same brush (fascists) by unelected hacks working for lotsa moola paid by quiet types like the Sulzberger gang, the Newhouse Mafia, and the Guardian types who run the networks. Self-determination was once upon a time looked at as the single highest goal. No longer. Full sense of identity is no longer acceptable. We are now one, they tell me. I say shove it. See you at the Speccie parties this week.