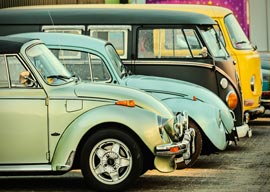 An old Australian judge of my acquaintance, an art collector and general connoisseur, now dead, alas, had no interest in cars and used to answer inquiries as to what car he possessed in the most lapidary fashion: “A green one.”

My interest in cars is scarcely greater than his; my main desideratum in a car is that it should start first time in the depths of winter. This is because for many years I owned cars that could not be relied upon to do so, and it was extremely tiresome to have repeatedly to call for assistance.

Nevertheless, the Volkswagen scandal interested me, though it did not altogether surprise me. What are regulations for but to stimulate the ingenuity of those who desire to get round them? I should be rather surprised if other car companies had not resorted to Volkswagen’s methods, in principle if not in detail. Of course, the tu quoque argument”you have done the same as I”is the first resort of the scoundrel, but it has a rhetorical force even if moral philosophers do not approve of it.

“There is no better or more effective way of corrupting a people than by encouraging them to go to law on the slightest occasion.”

But what most interested me about the VW episode was the speed with which VW owners in Britain made inquiries of litigation lawyers as to whether they had grounds to sue. It used to be said that the definition of an instant is the time it takes for the first horn to sound after the traffic lights in Mexico City turn from red to green; but in Britain, and no doubt elsewhere, the definition might now be the time it takes for the first inquiry to be made of a litigation lawyer after some wrongdoing is publicly revealed”wrongdoing, that is, by people or corporations with deep pockets, for defendants are selected as much by capacity to pay as by anything they have done.

It goes without saying that corporations, being run by people, are capable of the deepest-dyed villainy, but that does not mean that the rest of the population is honest. What harm has VW so far done to the owners of its vehicles that they have grounds for legal action? I am sure that they, the owners, are already telling themselves lots of convenient lies, for example that they have been deeply traumatized by the revelation that their cars emit more pollution than they thought when they bought them.

When people buy cars, however, levels of pollution by exhaust scarcely enter into their consideration or choice (at least if surveys of car buyers are anything to go by). They don”t actively wish the planet and its atmosphere any harm, but neither are they obsessed with its preservation, or at least by its preservation that any action of their own might lead to. They want their cars to be reliable, economical on fuel, comfortable, fast, stylish, and so forth.

Epidemiological evidence is said to link diesel vehicles with various illnesses and to premature (which is to say avoidable) death, but in no individual case can it be said that the illness suffered or death was more likely than not to have been caused by diesel pollutants. It is true that in England the level of causation needed to win a civil case has been reduced from balance of probability to substantial, nontrivial contribution, but this change is itself a manifestation of the declining probity of English society from top to bottom, in which more and more people seek to live at the expense of everyone else to the great detriment of everyone overall. There is no better or more effective way of corrupting a people than by encouraging them to go to law on the slightest occasion. Mrs. Thatcher shares a large part of the blame here, for it was her government that first allowed what had previously been forbidden, namely advertising by lawyers.

In Liverpool, for example, buses now circulate the city with advertisements for litigation lawyers. They ask the population whether it has suffered an accident: If the answer is yes, compensation (known colloquially as compo) might be due. Compo is the pot of gold at the end of everyone’s rainbow, or perhaps I should say everyone’s potentially winning lottery ticket. Many civil actions are in effect blackmail, cheaper for the defendant to settle than to win; and for people who otherwise live hand-to-mouth, even a few thousand seems like an immense sum, to be accumulated in no other way possible for them.