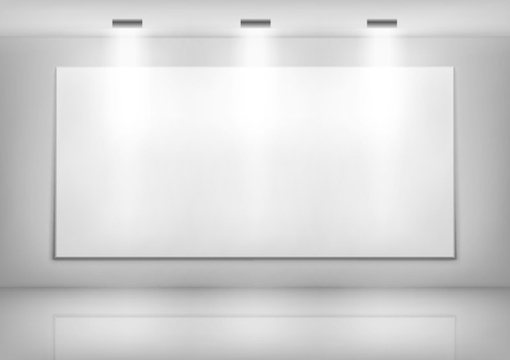 When I was still practicing as a doctor I believed, always mistakenly, that I had now heard every variety of human folly. However, even the dullest person can be highly original in the art of self-destruction, which is infinite in its variety of means: One can never plumb folly’s depths once and for all. To which I am inclined to add, thank goodness.

In like fashion, I often think that contemporary art cannot express the final exhaustion of the Western artistic tradition any better than the present work before me, reinforced by the fatuous commentary upon it by critics. For example, I thought that nullity could go no further than the work—so-called because it entailed effort—of the late con person (I hesitate to use the term con man because it is so sexist, implying as it does that women are incapable of lying and cheating along with the best of them, the ability to lie and cheat being one of the characteristics that distinguish humanity from the rest of the universe) known as Christo, who covered up monuments, buildings, and landscapes with huge quantities of fabric. Could anything have higher negative value as art than that?

Only a couple of weeks after the draping of the Arc de Triomphe in Paris, a Danish self-designated artist called Jens Haaning has exhibited a work, or possibly two works (depending on how you look at it, or them), called Take the Money and Run. They consisted of two empty frames, one larger than the other.

“Mr. Haaning, then, may yet prove to have been the savior of Western art.”

Haaning had previously exhibited two works, An Average Danish Annual Income, which consisted of Danish currency notes (lent by a bank) in a frame, and An Average Austrian Annual Income (likewise in Euros). The Aalborg Kunsten Museum of Modern Art asked him to reproduce these great works for an exhibition at the museum to be called “Working It Out” and paid him $85,000 to do so.

The artist, however, thought it would be more interesting—for whom he did not say—to create a new work rather than copy or repeat the old, hence the two empty frames. The museum asked for its money back, but the artist refused. I must say that in the dispute between them, my sympathies are with the artist. He was like one of those highly colored insects that proclaims its poisonousness to all would-be predators; no one who gave him $85,000 could have thought that he was going to get a Velasquez or a Vermeer in exchange. And in fact, Mr. Haaning, wittingly or unwittingly (I suspect the former), performed a useful social service by exposing the fatuity of the way in which, in our contemporary conditions, money for the arts is doled out by the supposed keepers of the flame. I was about to write that no demonstration could have been clearer, but I remembered just in time what I said a couple of minutes ago about the fathomlessness of human folly.

It then occurred to me that the episode suggests a way forward for Western art. Just as farmers in conditions of oversupply receive subsidies not to produce, to let their fields lie fallow or to destroy whatever they produce, so artists should be paid not to produce anything, thereby raising very slightly the average worth of human artifacts. It is not difficult to find pictures of piles of rubbish on the floor of the Aalborg Museum being solemnly contemplated by art lovers; the scheme to put artists on furlough, like waiters and others during the Covid confinements, would save a lot of people the time and trouble of puzzling out the meaning of the meaningless.

I do, of course, recognize certain difficulties in my scheme, chief among them the problem of discerning which artists are to be paid for meritorious inactivity. There is the problem of taste and powers of discrimination: Who is to say what constitutes rubbish worthy of suppression by the subsidy not to produce it any further? As a retired person, I modestly and humbly put myself forward for the role. I would be prepared to do it pro bono publico.

Another possible problem of my scheme would be that it would encourage people to produce rubbish in order to receive a subsidy to cease producing it. This is a little like certain illnesses: If you pay people to have them, then they will have them. The solution to this problem is, however, relatively easy. To qualify for the subsidy to refrain from producing anything, a person would have undergone several years’ training at those kindergartens for young adults known as art schools, and subsequently to have produced a minimum quantity of worthless work that might otherwise have been exhibited. This, naturally, should be destroyed. Worthless work by itself would not qualify, however great the quantity; it would have to be trained worthless work. In this way, nonprofessional or fake producers of worthless work could be weeded out.

Mr. Haaning, then, may yet prove to have been the savior of Western art. If so, he deserved much more than $85,000. I recall what Stravinsky said when he heard (if that is quite the word for it) John Cage’s great work 4’33”, that is to say four minutes and 33 seconds of silence while a pianist sits at the piano: “We look forward to more compositions from this composer in this genre.” Cage, like Mr. Haaning (perhaps), was making a serious point, as was Stravinsky. After the start of my scheme, artists would have to produce art if they wanted to be artists.

Does it matter that our artistic culture is so bereft of greatness? It is not possible to measure the effect, but as Einstein said, not all that can be measured is important, and not all that is important can be measured. The purpose of society is not to produce great art, and yet a society that fails to do so will subsequently be thought the poorer for not having done so. There is no grandeur to it, only a dull, insipid, and uninspiring utilitarianism, however great its technical achievements. We may be able to communicate faster, more easily, and with more people than ever before—but we have nothing to communicate.