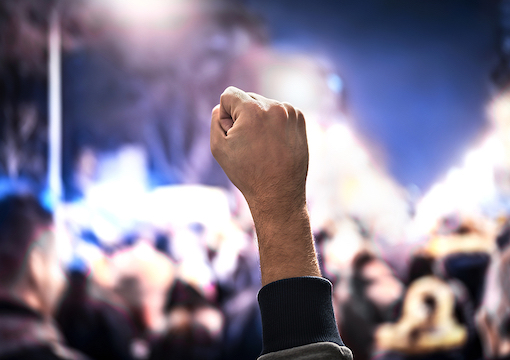 We all sit down on occasion and have a good natter, putting worlds to right and solving all of our problems. Totalitarian solutions may be jokingly suggested and laughed off—if only we had that power! If of a scientific bent, maybe all those religious types would magically disappear and we’d all get along famously—the great delusion. If religious, maybe those secularists would magically learn to tolerate others’ views and truly accept that not everyone has to go along with them in their desire to penetrate every corpuscle of public and private life. But, as I said, real solutions are not expected to come from such reflections, so we shrug, smile, and move on.

However, when the political class sits down over coffee and mutters away, “solutions” become real. The fact that more and more of our politicians know so little about the lives of their voters ensures that their resolutions do less and less to address the issues that they were written to put right. Often drafted by special-interest lawyers with the ear of greedy or conniving legislators, they have prized open the gates to the armory. For generations progressive insurgents have dreamed of this time, gaming the system with guidance and support from foreign agencies, and now have within their grasp the keys to the bunkers.

Who knows of Willi Münzenberg, or the fronts and peace organizations funded by Stalin and led by useful dupes to provide cover for his early and effective cooperation with Hitler? Stalin’s strategic aim was to see that the Nazis and the democracies spent themselves in battle with each other, and he could then stroll in and take over postwar Eastern Europe. How did that work out? And what of the Venona operation, which identified serried ranks of Soviet agents in FDR’s administration? This double-dealing was not made known until forty years later, confirming much of what McCarthy had alleged. And what of the SDS and the penetration by the ’60s radical students of all aspects of life, particularly of the colleges and the minds of young students? Today we reap the Antifa and BLM seeds that they sowed, and observe how Representatives catch the eye of helpful Chinese interns.

“We have to accept that democracy has been defrauded and the center right defeated.”

We have to accept that democracy has been defrauded and the center right defeated. The few have sedated the many using simple three-word slogans prescribed by Lenin, whilst the initiates in the vanguard have fashioned policy and destroyed—physically, reputationally, and morally—those who stand in their path. Those with a taste for the totalitarian are rising, and not only in Rangoon; they are showing their teeth in the armed camp of the righteous on the Potomac.

The author used to counter these types. Penetrating terrorist groups, working them over from the inside, or observing them from the outside until their collars were felt. Good work. Today, I am not so sure that I would want to volunteer to benefit a government that behaves as ours now do. All areas of our lives, our relationships and our interests, are increasingly open to the state, stifling thought, pleasure, and just plain old fun. Everything is now political and life the worse for it. The bright nerds on the left, far out on some mental spectrum or other, have dragged us onto the conveyor belt with them, to be stamped into the approved shape and fashioned to spew out speech-regulated tropes.

Revolutionaries aim to control the entire state, and with it, its inhabitants. Secessionists aim to remove themselves from control, and who can be surprised at this tendency when government won’t even allow us peace behind our closed doors? It must enter our bedrooms, our digital worlds, and our very minds. Churches must toe the line, hammering at the foundations of their beliefs and updating their codes to match the ideology of the most recently elected totalitarians. As there is no longer any difference between the modernist theology of the parties, this erasure is permanent, muzzling groups in Europe that even the Soviets could not.

What of principles? Is anything now worth dying for, like the lads did who we see in grainy photographs climbing out of trenches, mounting the steps to their bombers, or waving from the decks of their merchantmen steering out into the icy Atlantic? I say that we put our servants peacefully, legally, and financially in their place, before it is too late.

The culture war has been underway for 100 years, but only the left really fights it. Foucault argued that civil war forms the background of all power struggles, and that politics is civil war by other means. The hard center needs to understand this and fight back as ruthlessly as the left does, so buckle up. This civilizational war demands soldierly qualities, sacrifice, and struggle, and if you are not up to losing everything—financial, personal, and professional—you are probably not up to the bruising struggle that lies ahead.

As they lengthen the list of hates, the progressives talk of tolerance; but when will the miserable roll call end and the extent of their “tolerance” be revealed? The left also knows that they must hang together, but too many on the right appear to be willing to hang separately. We need to stand our ground, fight as we never have before for what remains, and retake the high points worth recovering. Morale is crucial in opposing the wily revolutionaries of the left, and cohering around one aim, one leader, and a clear policy is vital to inspiring followers and to our eventual success. If looking for advice on how we should operate in the future, we could do worse than follow that which Nelson gave to Cochrane, “Never mind maneuvers, always go at them.”