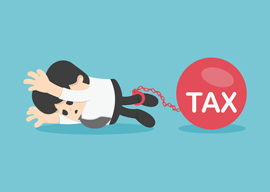 Ed Murray, Seattle’s Ã¼berliberal mayor, proposed a 1.75-cent-per-ounce tax on all sugary drinks sold in the city. This would include the sodas plus energy drinks like Red Bull, fruit drinks, sweetened tea, and the type of bottled coffee sold by Starbucks. The purpose of the tax would raise some $16 million for the education of minority youngsters with additional provisions for food subsidies for the poor and allowing them to shop at farmer’s markets.

Initially, however, the proposed tax excluded diet drinks. But when it was pointed out that taxing sugary drinks would disproportionally harm the poor and minorities, the mayor added diet drinks to the list since these were more likely to be consumed by upper-middle-class white people. The reasoning was ideological since, according to the mayor, a levy on diet drinks would combat “white privileged institutionalized racism,” all the while combating obesity as a bonus.

The mayor’s proposal is, of course, a worthy idea, but, alas, it will fall short since even investing $16 million to boost minority test scores fails to address Seattle’s real problem: the city’s overpowering, suffocating whiteness that, allegedly, debilitates racial and ethnic minorities. Still, using the city’s taxing power is the way to go, since, as Supreme Court Chief Justice John Marshall (1755″1835) put it, the power to tax is the power to destroy, and taxation can, if properly directed, overcome Seattle’s toxic whiteness.

Let me suggest just a few possibilities. Begin by expanding the consumption tariff to items almost never bought by African-Americans but purchased in large quantities by privileged whites. Targets include all wine costing more than $20 a bottle; moleskin notebooks; any food item labeled “organic,” “100% natural,” or “sustainably grown”; all cheeses exceeding $12 a pound or more, with a surtax on imported gourmet products; all freshly baked nonwhite breads whose price exceeds $6 per one-pound loaf; all sea salt from Hawaii or the Himalayas; any coffee drink made with soy milk, almond milk, or steamed milk; all wild-caught fish; any pricey dietary supplement”probiotics or all-natural fish oil, for instance; and all shopping bags constructed from recycled material with an additional duty if embossed with an environmental group’s name or logo. Meanwhile, vegan Asian farm-to-table fusion restaurants will pay a hefty fee under the “no recognizable menu item” eatery provision of the newly enacted tax code. And while we are at it, add a 5% levy on all pet food labeled as organic, antibiotic, and grain-free and certified by the Association of American Feed Control Officials as providing complete and balanced nutrition.

Then there are the city’s cultural events that almost never attract Seattle’s communities of color. Included would be “classical” music concerts, particularly those featuring contemporary music with “meet the composer” soirees afterward; admission to art galleries, with the tax doubled if free wine and brie cheese are available and “installation” is in the exhibit’s title; all yoga beyond just “plain yoga””Atha yoga, Vinyasa yoga, Bikram yoga, Jivamukti yoga, among many others; and any religious membership dues if the sect eschews all references to a Supreme Creator and whose “service” stresses private spiritual meditation. And why not add expensive all-day wellness spas to the list, with double the tax for pet spas?

And let’s not forget more humdrum activities whose clientele is exclusively affluent whites. The right to bicycle will naturally remain free, but a heavy tax on anybody using designated bike lanes and all bikes sold in Seattle costing more than $750 (tax doubled if the bike includes an attached baby carrier). Then tax all marathons (including half marathons and organized bicycle races where participants wear Day-Glo orange or green expensive “race clothing”), and charge a fee for those participating in any “sport” that does not involve a ball and eschews keeping score (e.g., rock climbing, Frisbee), and sissified co-ed touch football. All soccer moms would be licensed, required to undergo a psychological examination and pay an annual $500 registration fee.

Also on the list would be any fee-based voluntary educational activities, such as guided nature walks or tours of historic homes. Fees will also be imposed on dogs utilizing public dog parks”owners will be required to display visible tags on their animals, and “freeloader” dogs will be fined $100. Also on the to-be-taxed list will be so-called “coffee shops” whose clienteles consist entirely of millennials who sit motionless for hours with their laptops. Such “coffee shops” will be deemed a public nuisance to actual coffee drinkers and required to have a special city $1,000-per-annum permit and register as “a private indoor communications facility.”