England: A Nation of Whiners in Search of Obscurity 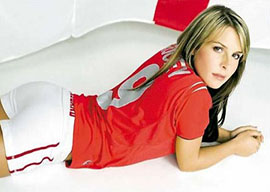 Now is the winter of our discontent
Made ever more wretched by this lack of sun.

Caught in a blighted, anarchic winter’s grip, Britain is beset by swine flu, influenza B, H2N3, and a host of other diseases. Heathrow Airport, condemned by Cardinal Kasper as a Third World country, is in frozen disarray. Football’s not coming home again, the coalition is at loggerheads over tuition fees, the students are protesting, and horror upon horror, worst of all, on December 10th the Duchess of Cornwall was twitted with a stick on her way to the theater. Hardly cricket, but better leave cricket out of it while England’s batsmen tumble like skittles in Australia.

Student demonstrators, aided by Rent-a-Mob and supporters of Save the Fox, rampaged like disgraceful hooligans last week in Central London, damaging property and menacing police. One student even wound up swinging from the Cenotaph. He was later identified as Charlie Gilmour, son of Pink Floyd’s David Gilmour, who in 1979 helped to produce The Wall, one of the greatest albums of all time. The song “Another Brick in the Wall Part 2″ opens with the words, “We don”t need no education,” a dogma which our Charlie evidently strives to uphold”rather successfully as it happens! He also didn”t “need no thought control,” as the lad was said to be on acid at the time. He also claimed not to know what the Cenotaph represented; impressive stuff for a second-year history student and clear proof that teachers really must have left that kid alone. It was encouraging to note that our current prime minister, in the tradition of prime ministers before him, declared that the demonstrators would face the full force of the law”a “You wanna watch it or I”ll go and fetch my dad” kind of threat. It doesn”t amount to much.

“For that is what Britain has become: a malformed low-road meritocracy. A crumbling relic of a bygone age.”

This holiday season, the incredible shrinking force has its work cut out arresting merry motorists, stemming squabbling in the gay-dwarfist community, issuing cautions to Christmas-rights activists, and prosecuting women who throw cats into rubbish bins. Still, “the full force of the law” sounds a comfortingly grandiloquent note to an eau de nil nation with the middle-class values of a wind turbine. For that is what Britain has become: a malformed low-road meritocracy. A crumbling relic of a bygone age. A nation of whiners in search of obscurity, competing with gusto to be the first to reach the pool’s bottom. When we finish last in the Eurovision Song Contest, we blame the Eastern Bloc and the voting system, whereas in truth we deliver dreadful songs from the dreadful Lloyd Webber and seriously consider people such as Katie Price, better known simply as “Jordan,” to represent us. Oh dear, oh dear, there is truly something rotten in this sceptered isle when our children’s role models are Cheryl Cole, Simon Cowell, Russell Brand, and the awful Coleen Rooney. What a fountain of honor!

The same applies to the World Cup. Surely it would be more sensible to try and win the bloody thing than to keep moaning about the bent Sepp Blatter. I”m perfectly certain it doesn”t bother him.

Enough of such pessimistic talk! Christmas is here, and to this column’s followers I bear good tidings of great joy!