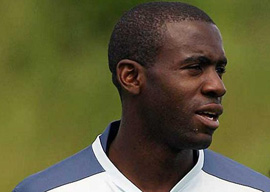 It is sometimes said that football is like a religion to the English. As the legendary Liverpool manager Bill Shankly once half-joked, football is more important than life or death.

Every Sunday, churches are echoingly empty while hundreds of thousands pay large sums to sit in chilly arenas wearing Chinese-made team colors as they cast aspersions on 22 men on a field far below. They make pointed observations about the referee’s inability to see properly or”for the sake of variety”his lack of neutrality, his relative intelligence, and the identities (if known) of his parents.

Footie’s feelers stretch beyond these scornful stadia into millions of Englishmen’s semi-detached castles. Expensive yet cheap-looking sofas bow under the weight of ever sturdier yeomen ingesting lager and crisps while they critique Burundians” ball control or explain how they would have organized the lineup better than the trained coach.

These vicarious athletes live and breathe their faith between Sundays, too. On occasion they even assault others who prefer red shirts to blue ones, or the other way around. It is not uncommon when passing along England’s green and pleasant motorways to see car-window stickers bearing uplifting legends such as “I hate Man United” or “F**k Liverpool” (without the asterisks). There is an apocryphal but plausible French aphorism to the effect that “To the English, sport is war and war is sport.”

“Football fanaticism is real, but it is a substitute for feelings otherwise forbidden to a fallen people.”

If football is a religion, the extraordinary events surrounding the on-field collapse of Bolton Wanderers player Fabrice Muamba during a game against Tottenham Hotspur on March 17 are reminiscent of a revivalist movement. The word “revivalist” is appropriate, because the unlucky Muamba nearly died”his heart stopped for over an hour”out on that appalled pitch, as a never-detected cardiac problem suddenly manifested itself in the most dramatic way.

Luckily, Muamba’s life was saved, and he is starting to make some small recovery”thanks to the speed and professionalism of the staff at the ground and in the London Chest Hospital.

But many believe there is another, deeper explanation”one that lies beyond all this boring science stuff. Perhaps, people whisper, Fabrice is being aided by supernatural forces”as they used to say in Hammer horror films, by “someone”or something!”

Before you interject, “I don”t believe in all that baloney!””which is always a very dangerous thing to say in horror films”consider the evidence.

The Sun and Star “newspapers” led the people’s paranormal investigation. The Sun and Star are not noted for their piety. Both journals have regrettable reputations for being more interested in portraying underwear than in piercing veils.

It is therefore all the more heartening to record that the sight of the toppled 23-year-old brought out their caring side and elicited some extremely useful observations. After pondering greatly, the Sun  doffed its metaphorical baseball cap and concluded at last that “God is in control.” This logic was so magisterial that all the Star could do was echo this beautiful sentiment and acknowledge that the affair was, indeed, now “In God’s Hands.” Whatever the well-meaning medicos did now, it would effectively make no difference, because the whole thing was beyond their control, out of their hands. It was now under the personal purview of a Supreme Being known for taking a personal interest in the beautiful game at least since 1986, when for reasons best known to Himself, He helped Diego Maradona push England out of the World Cup.