Enough With the Truthers Already! 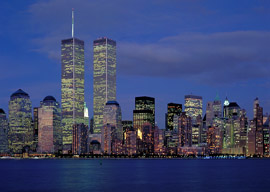 In 2013, when I was “outed” for my Holocaust revisionist past, I understood that one of the unavoidable hassles of being forced to “rejoin” the revisionist fringe would be the flak I”d get for my pro-Israel views. Among revisionists, it’s rather taken for granted that if you say Auschwitz was not an extermination camp, you must, therefore, be pro-Palestinian. Personally, I never got the connection. I never saw the direct progression from “I don”t believe this building in Upper Silesia was a gas chamber” to “Time to devote my life to a bunch of Muslims who lost some land in a war they started.” I really don”t see why one must necessarily lead to the other. Sure, anti-Zionists will claim that without the Holocaust, there”d be no Israel. Which is not necessarily true. One can certainly argue that without Hitler serving an eviction notice on most of Europe’s Jews, there”d be no Israel. But if millions of Jews had not been murdered in the Holocaust, it would have made the postwar displaced-persons problem even worse. Israel would have still been established, but probably with an even larger Jewish population.

I foresaw the shade that would be thrown my way by anti-Zionists, and I was fine with it. But there was one thing I hadn”t foreseen after my outing: the truthers. The fucking 9/11 truthers. It’s been three years since my “change of life,” and still, not a week goes by without a social media message or email from a truther. Sometimes it’s a quizzical truther (“So whaddya think of 9/11, Cole? Huh? Huh?“). Sometimes it’s a proud truther (“Check out my newest post on truthexposedsecretsofthehiddenhand.wordpress.org”). But usually it’s an angry truther (“Damn you, Cole, why won”t you speak the truth about 9/11?”).

Inherent in every email and Facebook comment is the assumption that I must of course be a truther, and that by not becoming part of the “movement,” I”ve either been “paid off” to keep silent, or I”m just lying because, you know, Jews.

“You exposed the Holohoax, Cole. Why won”t you expose the greatest hoax of this century?” is a typical message. “You sold out, Cole. You used to be brave, but now you”re a pussy sellout,” read a Facebook comment from last week. “Somewhat honest on holocaust/holohoax; completely dishonest on 9/11,” wrote truther extraordinaire Antonius “Anthony” Hall just a few days ago in a thread on my Facebook page.

All right already; I am not made of stone. You want me to talk truther, I”ll do it. To paraphrase Orson Welles: Here, under protest, is Dave’s truther column.

For starters, I didn”t “expose the Holohoax.” The Holocaust did happen, and all I did was attempt to strengthen the history by cleaning out some of the remaining Soviet propaganda. You can”t compare Holocaust misinformation to 9/11. World War II falsehoods occurred organically, as in, every war has propaganda emanating from both sides, and the winner gets to enshrine theirs as fact. Spreading lies about your opponent is a natural element of warfare, as time-honored a tactic as bearing arms. The only thing inorganic about Holocaust untruths is that after the war, they were shielded from the natural process of revision by a combination of Cold War politics, Western leftism, and the fact that as Jews grew more secular, the Holocaust rose to a place of unnatural importance not just in Jewish life, but in Jewish theology, actually replacing belief in God as the element of Judaism many Jews consider the most sacred.

9/11, on the other hand, if it was a “hoax” or an “inside job” or whatever you want to call it, could not be said to be organic in any way. It could only be viewed as an intentional criminal conspiracy, and a horrifically despicable one at that. The facts of such an extraordinary crime would have to be established via extraordinary evidence. And I”m sorry, truthers, but I find the evidence lacking. The claim that I “sold out” or that I”m being “dishonest” implies that you think I secretly agree with you. I don”t. You want my opinion? Here it is.

“Make no mistake, I”m certain there are lots of bugs crawling around under the rock of the official 9/11 story.”

First of all, for all your talk about what didn”t happen, no two of you can agree on what did. Real planes or holograms? Thermite? Missiles? A plane/thermite combo? A plane/missile combo? A thermite/hologram combo? “Dustification”? “Directed energy weapons”? And let’s not forget the “no floorers,” who claim that the affected floors of the towers had been evacuated in advance, and that the “people” seen “jumping” from the “burning” “buildings” were dummies. The planers accuse the no-planers of being government plants sent to discredit the movement; the no-planers accuse the planers of being “controlled opposition.” And the “no floorers” accuse everyone of being “sheeple.” At heart, the very fact that there can be this kind of disagreement displays rather starkly the paucity of factual, convincing evidence for anything other than hijacked planes and angry Arabs.

I get it”you”re “just asking questions,” just expressing skepticism of the official story. I understand that, and asking questions is good, and being skeptical is good. But you can”t keep gliding forever on “questions.” Trust me”I”ve been down that road. In the 1980s and “90s, all Holocaust revisionists did was ask questions and express skepticism. We were good at it, and pretty damn smug. But while we became proficient at telling people where Jews weren”t killed, many of us neglected to establish a narrative of what did happen. For example, ask any denier (since there are very few actual revisionists around anymore) what happened to the roughly 2.4 million Jews listed (in a census commissioned by Himmler, the “Korherr Report“) as having been “sent east,” Jews who are described as “departed” and “no longer in Europe,” though not through immigration but via “special treatment” in camps like Treblinka. Where”d they go? Deniers have no answer to that question, none at all.

Denying an official story will only get you so far; at some point, you have to provide a solid alternate theory. So truthers, please don”t be offended if we”re not all as charmed by your questions as you are. Make no mistake, I”m certain there are lots of bugs crawling around under the rock of the official 9/11 story. Intelligence failures, or perhaps foreknowledge gained by intelligence successes. And we all know that wherever Saudis slither, corruption and skulduggery follow (and yeah, Israelis can be some shifty-ass muthas; pro-Zionist though I am, I nevertheless try not to do business with Israelis in my daily life). But I”m strictly limiting my scope here to the claim that the planes-and-hijackers story is false. On that point, I am as unconvinced as ever.

Truthers love to parade massive lists of proof to back up their skepticism, but in every case, if you examine each “proof” individually, you see it doesn”t hold up on its own. “Israelis were warned to stay away from the towers that morning!” No. Two people at an instant-messaging service in Israel (not New York) were sent a text message that did not reference the towers. The matter was referred to authorities not because of the specifics of the message, but rather the timing. “Larry Silverstein admitted that he planned the new WTC 7 building in 2000!” No. In the speech from which that claim arose, Silverstein was obviously referring to April 2002, not 2000. He was telling a self-serving anecdote about how quickly after 9/11 he was able to get work started on the new WTC 7, and if you actually listen to the anecdote and understand it, he simply misspoke about the date, just as he does barely a minute later when he says $300,000 instead of $300,000,000 when recalling the cost of the old building. “But Silverstein ordered them to pull the building!” Again, no. Even some truthers have finally admitted that Silverstein was referring to pulling out the fire crew and letting the building burn to prevent further loss of life.

That’s why it’s silly to think that because I”m a Holocaust revisionist, I should be a truther. Truther “proof” is exactly like the “proof” of mass gassings at Auschwitz that I dedicated my youth to debunking. As The New Yorker was forced to admit in a 1993 piece for which I was interviewed, “In the blueprints, construction documents, and work orders that trace the construction and subsequent use of these buildings, which are now housed in Auschwitz Museum archives, there is not a single explicit reference to the use of gas chambers or Zyklon B for homicidal purposes.” As a result, those who support the gassing scenario have been forced to read malevolent intent into documents that have perfectly innocent alternate explanations, presenting a stack of “traces,” each one of which is not proof of anything on its own. Truthers display that same intellectual sloppiness, a refusal (or inability) to understand that a piece of evidence with a normal, logical, alternate explanation does not become more incriminating when you lump it together with a dozen other pieces of evidence that also have normal, logical, alternate explanations.

Also, truthers rely heavily on the panicked testimonies of eyewitnesses from the morning of the attacks. Why would anyone expect me, with my long history of explaining why eyewitness testimony is fallible and often unreliable, to all of a sudden reverse myself on that rather important point?

Again and again, truthers have told me, “Oh, you just have to read Christopher Bollyn. Bollyn is the best we have!” Really? Then you”re in poor shape indeed. The first time I visited Bollyn’s site, I read his breathless claim of a “smoking gun””the “fact” that Al Franken (the Jew) admitted to being warned of the attacks in advance by former New York mayor Ed Koch (another Jew). Bollyn read a joke in one of Franken’s humor books (to be clear, I don”t find Franken funny, but before becoming a senator, comedy writing was his gig, even if he wasn”t very good at it) in which Franken ridiculed the notion of “Jewish foreknowledge” and told a sarcastic joke about Ed Koch giving him the “Jew call,” warning him in Hebrew to avoid the towers on 9/11!