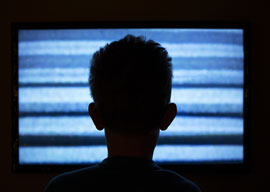 The only time I regret not being much richer than I am is when I receive through the post (as I did yesterday) the catalogue of an antiquarian bookseller. Otherwise, I am more or less contented with my financial lot, but such a catalogue excites for a time my avarice and passion to possess, which is both strange and absurd since I now cannot hope to possess what I accumulate, to the great inconvenience of my legatees, for more than a handful of years.

I would never buy a book in whose contents I was not interested simply because it was rare, valuable, or even beautiful; the trouble is that my interest is so easily stimulated. When I look into a catalogue I am like someone with attention deficit disorder (if such a condition exists): I cannot fix my mind on something for long, because something else catches its attention. Or, to change the metaphor, I am like a butterfly that flits from flower to flower, sucking for a moment the nectar of each”if that is what butterflies do on flowers (I”m not sure).

Still, there is a lot of pleasure and amusement, perhaps even instruction, to be had from perusing catalogues. The one I received yesterday was from a Parisian bookseller from whom, occasionally, I have made what for me were extravagant purchases. He specializes in books about the sciences, including medicine, but also in the occult sciences and Freemasonry, the French having been for a time the most paranoid people on Earth about the Freemasons and their supposed conspiracy to dominate the world.

“The greatest cause of boredom in the modern world is entertainment.”

I receive his catalogues regularly, and the first thing of which they always remind me is that scientific progress has been long and laborious, with many highly intelligent and even brilliant men barking up the wrong tree or wandering down a blind alley; but even more, that science as a self-conscious, experimental inquiry into nature was for hundreds of years an almost exclusively Western phenomenon and is a glory of our civilization. This is so no longer, and it may well be that the torch has passed, or will soon pass, to other hands; but I very much doubt that such a catalogue could be produced in any other region of Earth.

The second thing of which the catalogue reminds me is that the world is so infinite in its variety that our brief time on it cannot, or at least should not be able, to exhaust our interest. I used to tell my patients that it was vastly more important, from the point of view of reaching contentment, that they should lose themselves than that they should find themselves; and that, in losing they would find themselves and most of their problems would disappear, at least for the time they remained lost. If they made finding themselves the precondition of losing themselves, they were, in effect, lost.

Let me describe a couple of the items in the catalogue to illustrate what I mean. (My patients who were bored by existence and therefore in search of themselves used to ask me how one became interested in something, a question to which I did not know the answer.)

The first is the French translation, published in Geneva in 1744, of Stephen Hales’s book Haemastaticks, in which he describes how he measured the arterial blood pressure, being the first man ever to do so. Everyone now knows the importance of blood pressure, though I don”t suppose Hales’s name means much to most people. He was an interesting man, a clergyman rather than a doctor, but he performed a huge number of experiments, inventing a means of distilling fresh from salt water and a ventilator to introduce fresh air into enclosed spaces (such as slave ships and debtors” prisons). He measured the fluid balance of plants. He was a pioneer of epidemiology, measuring the difference in mortality rates between various villages in an attempt to discover the causes of premature death. He put forward a theory of earthquakes and devised a method for controlling forest fires. He believed in tar water as a virtual panacea”as did the great empiricist philosopher, George Berkeley”but early recognized the dangers of strong drink, writing a book called A Friendly Admonition to the Drinkers of Brandy and other Distilled Spirituous Liquors, which might be read with profit if not with pleasure by many of the disgustingly drunken inhabitants of his native country even today. Though personally very kind, he was pious and would impose days of public penance for moral lapses upon his congregations; I think they should be reinstituted.