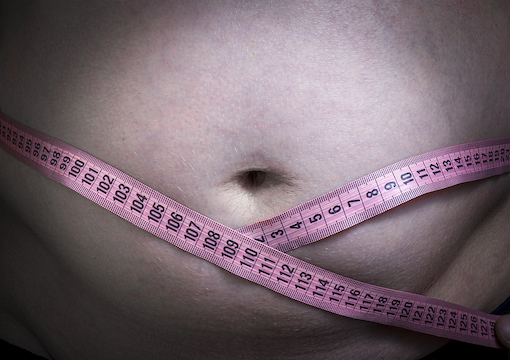 A friend of mine is kind enough to send me little signs of the times that he finds scattered everywhere. His most recent offering is a photograph of enormously fat people, clutching preternaturally vast containers of sugary drinks, wearing masks to “keep safe” (as the modern cant phrase has it). They are wandering past a fast food place that offers them “an epic breakfast”—by which, of course, it means a breakfast large enough to keep a herd of elephants in calories for a week.

“Epic” and “breakfast” are not words usually associated with each other: I suppose Odysseus might have had an epic breakfast, but that was a long time ago. My only breakfast that could be described as “epic” was the one I had with the most prominent Muslim fanatic of Dagestan many years ago while neighboring Chechnya was in flames.

The supposed Muslim fanatic met my Russian-speaking friend and me and brought our breakfast with him. It consisted of a slab of milk chocolate and a bottle of Armenian brandy.

“We live in a world that is becoming like that of a painting by Fernando Botero, with the humor taken out.”

He was dressed in the uniform of the Soviet Navy in which he had served. I like a drink as much as any moderate drinker, but the idea of Armenian brandy at nine in the morning appalled me as much as it would have appalled a 19th-century temperance preacher.

However, when in Makhachkala do as the Makhachkalians do: I did not feel I could very well refuse. Needless to say, the Muslim fanatic did not go in for sips, and he was Russified to the extent that a bottle once opened had to be drained to its dregs. I do not remember what was said, but I do remember my relief when the bottle was empty.

My relief was only temporary, however. Imagine my horror when the fanatic slipped away for a moment, saying he would be back in a moment, and returned with a second bottle! Luckily, I decided that discretion was the better part of social nicety and was able to pour my third of the second bottle into the soil round a plant that was within reach. If this was the Muslim fanatic of Dagestan, I thought, what must the other Dagestanis be like?!

Anyway, that is the nearest I have ever come to an epic breakfast.

The people in the photograph were epic breakfasts made flesh. They made walruses look like gazelle. I have often wondered how people become like this. I was once witness to a natural, or at least unplanned, experiment.

It was on the island of Nauru, in the Central Pacific. Until 1968, when it gained its independence, the people of the island lived mainly by subsistence: coconuts, taro, and fish. Until 1968, the island was mined by the British Phosphate Commission, a consortium of British, Australian, and New Zealand interests, the rock of the surface of the island being of invaluable phosphate. Once it was mined, the land looked like a moonscape and it became useless for anything.

In 1968, at independence, the Nauruans gained control of their phosphate resources, and for a short time were among the richest people, per capita, in the world. They were absolved from the need to earn a living, but their island, less than twenty miles in circumference and isolated in the vast spaces of the Pacific, did not offer much diversion for those whom many might have envied their good fortune. There was not much to do, but what the Nauruans could do was eat and drink, and this they did, copiously. They soon became the fattest people on earth, with a rate of type 2 diabetes of about 50 percent. It is probable that they had a genetic predisposition to this disease, revealed only by circumstances.

The island was visited by Professor Paul Zimmet, the most prominent Australian researcher in diabetes, and I remember, in my ignorance, thinking that he was a typical academic, spending his time on obscure phenomena of no importance in order to generate scientific papers. In fact, he was researching the future of the world. Much of that world has become Nauruan, at least in its patterns of overconsumption. In short, Nauru led the world.

The Nauruans did not eat a sophisticated diet, and they liked sweet drinks, just like the people in the photograph sent to me by my friend. From this photograph, you would imagine, by the size of the containers that they were holding, that they were preparing for an imminent catastrophe that would sever them from sustenance. But no: They were simply doing what they always did—eat and drink vastly too much.

Who is to blame? However much we may claim to be seeking an explanation, we are so constituted as human beings that we are constantly in search of the culprit for everything regrettable in our existence. Not only do we thereby infuse the world with moral meaning, but it must be admitted that blame is far more fun than mere explanation. Blaming constitutes half of ordinary conversation.

People vary as to whom they blame for obesity. There are two poles of thought. One would blame the purveyors of epic breakfasts and the like, who are in search of as much profit as possible and are utterly indifferent to the well-being of their customers; the other would blame the weakness of will of those who consume epic breakfasts. After all, the latter have a choice; they are not actually press-ganged into buying and eating epic breakfasts.

For myself, I veer somewhat drunkenly between these two poles. If weakness of will is the explanation, there must have been an epidemic of it to explain the worldwide epidemic of obesity. On the other hand, individual human beings still have agency. I tend to greed myself and cannot blame anyone but myself.

One thing I have noticed: Obese people can be almost evangelistic for obesity, as if to justify themselves. If everyone is obese (or many people are), no one is obese, and individual responsibility is thereby abrogated. Fat people tend to have fat dogs, at least on my straw poll. We live in a world that is becoming like that of a painting by Fernando Botero, with the humor taken out.

When I see grossly, even grotesquely, fat people such as those in the photograph, I feel first irritated and then, a little later, sad; for whatever the cause of their obesity, they must surely suffer as a result of it.