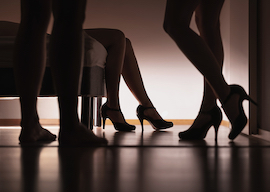 When I was young, though, I had a mild taste for luxury. It was not so much the luxury itself that I liked, as the feeling that it gave me, being very unsure of myself, that I had succeeded in life, that I was someone important and not the insignificant worm that I feared myself to be. But I soon lost the taste, in large part because I could not afford it except intermittently, and it would be financially imprudent as well as socially pretentious to act as if I could afford it. A modest competence would be a more sensible goal, both attainable and, as I discovered, more pleasant. The marginal benefit of increasing luxury from the point of view of comfort or enjoyment is very small, and the psychic costs considerable.

Before the crash of 2008, my bank used regularly to offer me unsolicited loans to be used for sumptuary expenditure such as the holiday of a lifetime. I found the very concept of a holiday of a lifetime disturbing and puzzling; I had traveled a great deal and had had many interesting experiences, including (and perhaps especially) dangerous ones, and so felt in no need of some kind of luxurious splurge that would make the rest of my life seem dull and impoverished by comparison. To lead a life of quiet desperation, such as Thoreau says that the mass of men lead, punctuated by three weeks of reckless indulgence, followed by a return to quiet desperation, seemed to me very undesirable, worse than quiet desperation itself.

“There is much greater pleasure in pulling people down than in raising them up.”

I used to ask my patients what they would do if they suddenly came into a lot of money. They found this an alarming question, for it confronted them, in a very acute fashion, with the emptiness of their existence. It was like a laser beam in the darkness. All they could think of was consumption on a higher level than that at which they currently consumed: a much better car, for instance, or champagne rather than cheap wine. They had no idea how they would fill their time once freed of the necessity to work, or how they would occupy their minds. They would have a larger-screened television, perhaps a cinema room, a billiard room, a sauna, a bar with a thousand bottles from around the world. They knew that they would be bored and thus that their current difficulties in life, often of their own making, were what gave their lives whatever little savor they had. Of all conditions, at least in normal times, boredom is the worst. It is the cunning enemy that must be kept at bay.

He was born into a modest family and pursued no glorious academic career. Clearly he was of high intelligence and very ambitious. One might have thought that his achievement of great riches (by whatever means obtained or accumulated) would have assuaged any feelings of inferiority that he felt vis-à-vis those who had succeeded via family connection or the conventional academic route, but it is a curious thing about great success from humble beginnings that it does not always, or perhaps even generally, extinguish the flames of resentment, but rather fans them. In these circumstances, to prove that the great ones whose ranks the parvenu has joined are actually no better than he—that underneath their polished exterior and behind their inherited or academic distinction there is still a person of crude and basic appetites—is a joy and a relief. To implicate them in his own depravity gives him a certain power over them: the power of equal standing. Never again will they be able to consider themselves his superior. His apparent generosity toward them is in reality no such thing; it is, rather, the establishment of the relationship of a blackmailer to his victim, of a spider to a fly. They are caught in his web.

If I am right, Jeffrey Epstein’s desire to bring people down to his own level, the better to have some hold over them and feel at least their equal if not superior, is only an extreme manifestation of a very commonplace egalitarian impulse to bring everyone down to one’s own level, if not lower. The pleasure we take in a debunking biography, irrespective of the greatness of the subject’s achievements, is a relatively harmless satisfaction of this impulse, though debunking can become an addiction to the point that we cease to admire any achievement and therefore to try to achieve. And which of us does not take pleasure (unless we are an investor) in learning that Warren Buffett has made a very poor investment that proves that the fallibility of his judgment is the equal of our own? How disproportionately delighted I would be to learn—as I regret is not probable—that Greta Thunberg has her fingers in the till, though this would in no way affect the truth or untruth of what she says!

There is much greater pleasure in pulling people down than in raising them up, besides being something much easier to do, which is why egalitarians hate the privileged much more than they love the unprivileged (underprivileged is a word that should be expunged from the lexicon, for it is as absurd as demanding that everyone in an exam should have a mark above the average).

It is true that after we read of the exploits of Jeffrey Epstein, assuming them to have been accurately reported, we feel that we want to take a shower. That he seemed to have been able with such ease to befriend and probably corrupt so many of a prominent elite will have the effect of casting further suspicion on the very notion of an elite. But an elite, like the poor, have ye with you always. There is an elite among anti-elitists.