Equal in Name Only 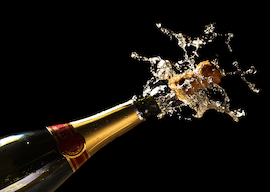 Joy at the misfortunes of others is no doubt an ineradicable part of Man’s bad character, and I doubt whether there is a person alive who has never experienced it. Generally speaking, however, most of us retain enough decency, or enough desire to appear decent in the eyes of others, not to express that joy in too open a fashion. In the midst of our joy we feel some element of shame at our own joy.

Not so, however, one George Eaton, deputy editor of the New Statesman, the left-wing political and cultural British weekly (which has a very distinguished history). Mr. Eaton published a pared-down, not to say distorted and mendacious, version of an interview with Sir Roger Scruton, the polymathic conservative philosopher, on what are known as the social media, in which Scruton was falsely represented as a crude xenophobe and racist, a kind of Antichrist to political correctness’ Messiah.

Within four hours, as if acting in a true national emergency, a British government minister, James Brokenshire, sacked Scruton from the honorary position that he had been appointed by the minister only a few month earlier, as chairman of a commission to encourage the construction of more aesthetically pleasing housing in Britain than has been constructed in the past few decades—which, God knows, is very necessary, given the sheer ugliness that has spread through the country like ink through blotting paper.

No sooner had the unjustified dismissal of Scruton been announced than Mr. Eaton posted a picture of himself, apparently in a dark suit but without a tie, proudly or at least complacently swigging champagne directly from a bottle, accompanied by the comment that this is what it felt like to secure the dismissal of someone as bad, as prejudiced, as Scruton. Not long afterward, the journalist removed this unedifying picture of himself and his comment, but it was too late: It is still easily found on the internet. He felt constrained to apologize for it, though to whom is not quite clear. Mrs. Sparsit, in Hard Times, said she thought there was a pain somewhere in the room, but could not positively say that she had got it; Mr. Eaton apologized to someone, but one could not positively say to whom, or even for what.

“Many egalitarians, in fact, are snobs, both intellectually and socially.”

However, he is still a young man (32), and allowances must be made for the indiscretions of youth. Let him who has never committed an indiscretion never apologize for anything. I will here confess to an indiscretion of my own, to give concrete meaning to generalization: Having been in Romania very shortly before the downfall of the Ceausescu couple, I rejoiced when they were overthrown and then shot. It was only later that I saw what I should have seen at once, namely that their “trial” was a corrupt and vicious farce and, odious as the couple were, they were treated as no human beings should be treated. They managed something that I should not have thought possible: They occupied the higher moral ground and were more dignified than their accusers.

Nevertheless, Mr. Eaton’s gesture was extremely unpleasant and spoke of an ugliness of soul (that may yet change for the better). Something else struck me about it, however, of wider cultural significance.

The deputy editor of a left-wing magazine is, almost by definition, an egalitarian, at least in theory. He is supposed to be horrified by the inequality in our society. But being against inequality in theory is not the same as not wishing to distinguish yourself from others and occupying a position that is in some way superior to them, just as a man who in theory does not believe in monogamy is not necessarily preserved from jealousy with regard to his sexual partner (quite the contrary, in fact).

Many egalitarians, in fact, are snobs, both intellectually and socially, but still want to preserve their reputation for egalitarianism, the reputation upon which their membership of the caste of right-thinking persons depends. To drink champagne directly from the bottle squares this particular circle: A proletarian would drink directly from a bottle, but only a person of a certain economic or social standing drinks champagne. The same is true of the suit without a tie: An open-necked shirt is casual, but a suit is formal. One is a good prole and a good bourgeois at the same time; one has one’s social cake and eats it, too.

But why do people who in fact are bourgeois affect to be something else? (This goes for speech habits, too, incidentally.) In this is to be seen and heard the true cultural triumph of socialist or Marxist ideology. It has induced a state of self-hatred in the bourgeoisie, perhaps mingled with fear. The bourgeois wants to continue to be bourgeois from the economic point of view, but does not want to be seen as such. When he dresses in torn jeans, or speaks like a porter in a fish market, he does not want actually to be in a position in which he cannot afford whole cloth, or to carry fish in a basket on his head for a living. He does not want to relinquish his income or his shares or give his children the debased education reserved for the children of the proletariat, but neither does he want openly to declare his egalitarianism, on the contrary. Like the person with piercings in his face—his nose, ears, and tongue—he wants to draw attention to himself and avoid people looking at him at the same time. He is a walking, breathing mixed metaphor.

Hence drinking champagne directly from a bottle in a suit worn without a tie. All men are equal, but I am better.