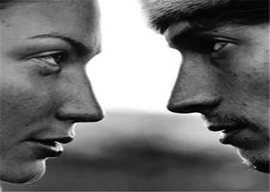 If you would understand why America has lost the dynamism she had in the 1950s and 1960s, consider the new Paycheck Fairness Act passed by the House 256 to 162.

The need for such a law, writes Valerie Jarrett, the ranking woman in Barack Obama’s White House, is that “working women are still paid only 77 cents for every dollar earned by a man.”

But why is that a concern of the U.S. government, and where is the empirical evidence that an inequality of pay between the sexes is proof of sexist hostility to women?

Does that prove America is a racist and religiously bigoted country?

The assumption of the Jarrett-backed law is that the sexes are equal in capacity, aptitude, drive and interest, and if there is a disparity in pay, only bigotry can explain it.

Should this bill become law, the effects are predictable: more forms to be filled out by businesses, more bureaucrats for the EEOC, more charges of sex discrimination, more class-action suits, more fines, more lawyers getting rich via the litigious looting of the private sector.

But are there not other, simpler answers for why women earn less?

Perhaps half of American women leave the job market during their lives, sometimes for decades, to raise children, which puts them behind men who never leave the workforce. Women gravitate to teaching, nursing, secretarial and service work, which pay less than jobs where men predominate: mining, manufacturing, construction and the military.

Over 95 percent of our 40,000 dead and wounded from Afghanistan and Iraq were men. Men in prison outnumber women 10 to one. Is that the result of sex discrimination?

Sports have become a national obsession, and among the most rewarded professions in fame and fortune. And TV viewers prefer to watch male athletes compete in baseball, basketball, football, hockey, golf, tennis and boxing.

Is unequal pay for men and women professional athletes a matter for the government?