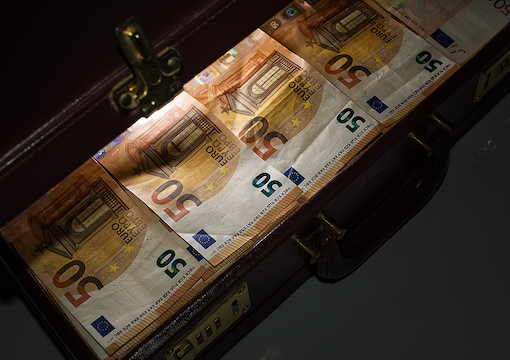 Those who live under public scrutiny, whether they wish to or not, would do well to learn an axiom concerning the media: The news cycle can be your friend or an enemy to be feared. In the event of a potential scandal, ride out the first week of the media tsunami and you might just make it through. This is where your PR people either earn or forfeit their bonus, or indeed their job.

The timing and arrangement of news stories is not just a matter of whim or a gap at the top of the hour, but a potent skill set the political class must master, and that was never better or more callously expressed than by an email sent in 2001. Jo Moore was a British governmental media adviser on 9/11 and sent an email to her boss within half an hour of the second plane hitting that read “It’s now a very good day to get out anything we want to bury.” I saw Ms. Moore shortly afterward in the bar of the National Film Theatre on the Thames, and she looked like any other big-eyed pretty-girl politico in a tailored suit. But would she pass the famous Voight/Kampff test in Blade Runner, intended to sort genuine humans from soulless automata? I wonder.

The Jo Moores of the European Union have been busy this past week trying to bury bad news, several MEPs (Members of the European Parliament) having been visited just before Christmas by Brussels’ finest, not for a delicious and festive Belgian fruit beer but to search for, and find, rather a lot of unaccounted cash, apparently from Qatar. This, of course, is the country that recently hosted the football World Cup, an event that led to much muttering about bribery. Are you sure you won’t have that fruit beer, Capitain?

“The European Union was always a hybrid of the 1970s board game Risk and a Ponzi scheme.”

The media would normally have been all over this story like a cheap suit, particularly as the two principals are toothsome Greek MEP Eva Kaili and her playboy boyfriend Francesco Giorgi, who has the kind of floppy blond hair generally worn by men who play polo not in the college pool but with horses, probably in the rich bits of Argentina. But the press left them pretty well alone.

However, Brussels is not entirely a judicial canton of the E.U. but also remains a sovereign concern of the Belgian police, who are not buying the “Santa came early” story to explain the bundles of dosh under the bed. And in case you think the E.U. is not one big happy family, Ms. Kaili invited Papa to the party, asking her father if he wouldn’t mind babysitting some of the cash at his place. Children at Christmas can be a gift all by themselves.

The E.U.’s response to bags of illicit and allegedly Qatari money being found at the homes of its senior staff was predictable. Dr. Johnson once said that patriotism was the last refuge of the scoundrel, and now it’s democracy (remember how it was “on the ballot paper” before the U.S. midterms?), which E.U. President Roberta Metsola said was now “under attack” in Europe. Charles Michel, European Council President, was concerned that these isolated incidents were preventing the E.U. from doing its job, whatever that might be. European Commission President Ursula von der Leyen (the E.U. has more presidents than Kentucky has colonels), in fine technocratic style, “called for the creation of a new ethics body to oversee the bloc.” Allow me to save time and money by suggesting that accepting bribes is much like stealing and you really shouldn’t do it. Ethics body dismissed.

Perhaps these ethical eggheads might be reassigned to the PR department, as the E.U. immediately decided that rather than tread a little softly around the great unwashed public just at the moment, it would instead cackle and announce a new carbon tax from 2027 that uses the punitive corporate model, but will be targeting the little people. I am sure my 83-year-old mother in London won’t begrudge skipping a meal now and then to save the planet. She was one of the many English voters who were tricked into the European Union in 1973.

The European Union was always a hybrid of the 1970s board game Risk and a Ponzi scheme. Sold to the British electorate as a free-trade alliance between old allies who may have had their differences—but, dash it all, we’re still chums, what?—it was portrayed by the media as one big, jolly French street market, with all that lovely cheese and wine nice and cheap. I know. I was there. The 1970s actually saw the birth in England of the “cheese and wine party,” suburban sophistication some of which my mother was responsible for.

But this bucolic breeze drifting from the continent was deceptively fragrant. When certain governmental papers entered the public domain in 2000 under Britain’s thirty-year rule, the late, great British journalist and thorn in the side of the E.U., Christopher Booker, explained:

What these papers revealed more starkly than ever before, is just how deliberately the [then] Heath Government and the Foreign Office set out to conceal from the British people the Common Market’s true purpose. They were fully aware that it was intended to be merely the first step towards creating a politically united Europe, but they were determined to hide this away from view.

Fraud in, fraud out. It seems to my amateur historian eyes that the E.U. founding fathers—or mothers, or trans, or nonbinaries, or whatever they were—might have skimmed de Tocqueville and thought of it as a sort of world-historical IKEA flat-pack instruction booklet for a democratic superstate. Perhaps they didn’t recognize that it is a lot easier to forge a federal union out of a relatively young aggregation of states (as in the USA) than force together hypernationalistic, heavily armed sovereign bodies at least 1,000 years old who all hate everyone else and have been chopping one another into bits for centuries.

Either way, fraud, bribery, embezzlement, and all the other synonyms for “stealing” are alive and well in the E.U., although the Qataris are less than ecstatic about the accusations. They have hinted to Europe that, hey, that’s a nice source of heat and light you have there, it would be a shame if anything happened to it, Qatar being to liquefied gas as Saudi Arabia is to crude oil. If bribes were taken by E.U. politicians, the cost to the recipients might be a little more than a cozy stretch in a comfortable Euro-jail when several million cold Europeans turn up in Brussels with blazing torches not designed to keep them warm.