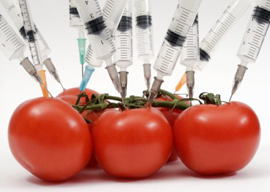 Socialist elements within the European Union disapprove of America and welcome any opportunity to criticize and undermine it. Three topics will facilitate their attack”the death penalty, freedom of speech, and genetically modified food.

Amid Europe’s 50 sovereign states, capital punishment remains legal only in Belarus and Latvia. Why, then, did the unrepresentative and largely unaccountable European Parliament successfully agitate that the EU Charter of Fundamental Rights eliminate the death penalty? I believe it was in order to humiliate America, which still executes murderers. They want to make the United States a moral pariah and try to force America into signing international agreements abolishing the death penalty that will take precedence over the US Constitution and Supreme Court decisions. Capital punishment will be declared “cruel and unusual” by European standards. Europe’s liberal elite will pressure America’s liberal elite into accepting this.

The key mechanism that will be used is also found in the EU Charter, which went into effect in 2009 and contains a prohibition on extraditing criminals to jurisdictions where they might be executed if convicted.

There were already precedents for this sort of thing. In 1985 German citizen Jens Soering killed his girlfriend’s parents in Bedford, Virginia. After the murder, Soering fled to England, where he was arrested in 1986 for check fraud. The European Court of Human Rights concluded that Soering should be extradited to Germany in order to avoid the “suffering” that would have awaited him on Virginia’s Death Row. The British finally agreed to permit his extradition to the United States only after receiving assurances that he would not be handed the death penalty. Soering was extradited to Virginia and sentenced to life imprisonment. So much for states” rights. So much for the judiciary’s independence. So much for the US Constitution.

“European envy will drive a moral crusade rooted in a hatred of American individualism and its achievements.”

The European charter is a murderer’s charter. Anyone who commits a murder in an American state which permits capital punishment will be able to flee to Europe and defy the American criminal-justice system. A homicidal malefactor will not be returned to the United States for trial but held in comfortable circumstances as a kind of political refugee. A pair of villains who have raped and plundered their way across Georgia”killing innocent victims, bystanders, and police officers alike”will, for the price of an air ticket, be able to escape to a cozy detention in Scandinavia with all conveniences, including conjugal (and probably non-conjugal) visits.

The minute a European mob waving red banners besieges the US Embassy shouting “Free the Atlanta Two,” the murderers will mysteriously escape and vanish. This will likely culminate in a series of highly publicized international disputes between America and Europe in which America will be pilloried as an illiberal, cruel, and unusual country. As homicidal American criminals become aware of how they can play “the European card,” the hostile media coverage in both Europe and America will intensify.