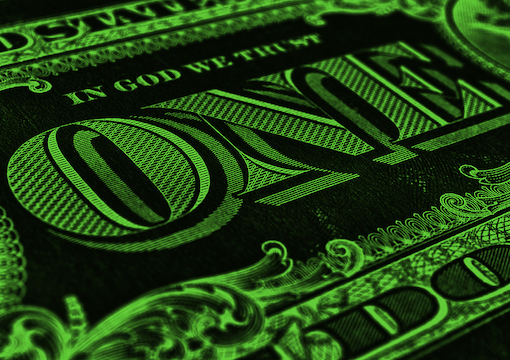 The federal government is running annual $1 trillion to $2 trillion budget deficits, which is more than the entire gross domestic product of most nations. But if you believed that Republicans would take a chainsaw to the budget (figuratively) and slash the waste from the federal budget, then to paraphrase the “Oliver Twist” character of Fagin, the miser, “I think you had better think it out again.”

So far, since the midterm elections, the Republicans in Congress seem to be doing just the opposite. The first decision by House Republicans when they learned they had won a slim majority of 222 to 213 was to bring back earmarks. These are bridges to nowhere, peanut subsidies and sports arenas for local professional teams paid for by federal taxpayers.

Some Republican lawmakers offer the excuse that it’s called bringing home the bacon to local constituents. But both parties apparently love to play Santa.

“The new pandemic in America is runaway spending debt.”

Republicans justify the slices of bacon on grounds that if they don’t carve out earmarks, Democratic President Joe Biden will choose how the money is spent. Why not just spend less money? The late, great Sen. Tom Coburn (R-OK) used to call earmarks “the gateway drug to trillion-dollar spending bills.” And, boy, was he ever right.

Even more preposterous is the size of this year’s $1.7 trillion “omnibus” spending bill for fiscal 2023 that Christmas-wraps hundreds upon hundreds of billions of congressional spending in one giant gift box to special interests — all with a bright red bow on top.

Few read what’s actually in the omnibus. And that’s the whole point. No one knows what’s in it. This way, the Congress critters can claim plausible deniability when they learn of the subsidies for wool farmers.

The current omnibus seems to be asexually reproducing as the size of the monster keeps getting bigger and bigger. Are Republicans really going to sign on to this “bipartisan” fiscal disaster? According to Heritage Foundation budget expert Matt Dickerson, it’s a real possibility. His numbers show that the lame-duck spending legislation may wind up spending more than the Biden administration’s inflationary American Rescue Plan, which cost $1.9 trillion.

Add to this subtotal pension bailout, tax extenders, more COVID-19 relief money and other odds and ends, and this congressional shopping spree and the omnibus becomes one of the most expensive budgets in American history.

What’s worse is that my congressional sources tell me Republicans are agreeing to the fire hose of federal spending as a “retirement gift” to Sen. Richard Shelby (R-AL), who was first elected to the House in 1978 and to the Senate eight years later. Under the deal, Shelby gets some $600 million in bacon slabs for the state of Alabama. With this kind of money, they will have to rename Auburn the University of Richard Shelby. Wouldn’t it have been cheaper to simply build him a bronze statue? We have here what might be the most expensive “going away” present in American history.

This sounds a lot like Washington budget-busting as usual. And there’s no pretense right now that either party cares too much about the hangover effect from binge spending.

Congress has approved some $5 trillion of debt spending since COVID-19 hit these shores. That’s more money adjusted for inflation than Washington spent to win World War II. Worse, COVID-19 is long over, but the debt spending isn’t slowing down a bit. Biden has spent at a more financially ruinous pace than any president in modern times. But even with COVID-19 long over, Congress isn’t pulling back. The new pandemic in America is runaway spending debt.

In a sane world, we would be searching under the sofa pillows for loose change and dollar bills to save money in bankrupt Washington.

Instead, the Biden Democrats — Tweedledee — and now the congressional Republicans — Tweedledum — have struck a bipartisan secret pact not to do anything about our national addiction to red ink.