Every Woman Adores a Fascist 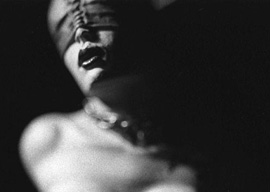 In continental Europe, S&M seems to be a northern Teutonic phenomenon rather than a southern Latin one. The Germans, for example, are dead keen on it.

Given that Italy invented fascism, you might have thought that the Italians were also keen. For as Sylvia Plath wrote in the poem “Daddy“ a few months before her suicide in February 1963: “Every woman adores a Fascist.”

But few, if any, Italian women spring to my mind as willing to play the role of sex slave as the virginal college student Anastasia Steele does in Seattle with the rich, handsome, cultured, and older Christian Grey in the Fifty Shades of Grey trilogy, whose millions of readers around the world are nearly all women.

I have read a number of the articles written by women in the English-speaking world about the trilogy. The ones that struck me were those saying that the reason for its success is not that women are as keen on pornography as men, or that they want men to tie them up and inflict physical pain on them.

No. The articles I found most intriguing were those saying that the trilogy is an allegory that has touched a chord in the female zeitgeist: Women want a man who protects them from the world”an old-fashioned man.

This is good news for male chauvinists such as myself who have yet to be deconstructed, let alone reconstructed, and probably that is why such articles interested me. But it is bad news for feminism’s succubi and all their male victims.

If that’s the true reason behind the book’s success, this means that women do not yearn for liberation if liberation means trying to have a career and be a mother at the same time. They apparently do not want such freedoms because frankly they are a pain in the ass. They have realized that most work sucks. And they are not wrong.