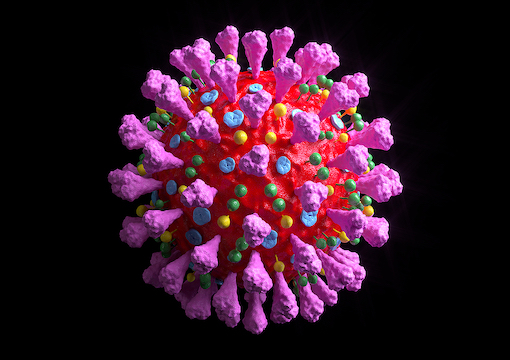 As every journalist and lawyer knows, it takes about half an hour to become an expert on any subject. In the days when I wrote for some of the less cerebral but well-paying publications of the British press, my protestations that I knew nothing whatever of the subject on which they wanted me to write was no discouragement to a commission. At most, it produced a slight prolongation of the deadline—about half an hour, in fact.

One of the effects of the COVID-19 epidemic has been to reveal to a very large percentage of the population the joys of instant expertise. The world now has hundreds of millions, if not several billions, of epidemiologists, virologists, and clinicians, all of whom know best how to deal with the pandemic. The only problem is that their solutions are at variance with one another.

It sometimes seems as if the certainty with which views are held is inversely proportional to the solidity of the factual basis on which they are founded. If commentary on the internet is anything to go by (it might not be, of course, for those who avail themselves of this means of self-expression are a self-selected rather than a representative sample), people often take a religious attitude toward their own doctrine and condemn as heretics all those who express doubts about it. I don’t want to sound like a psychoanalyst, that class of person who believes that he unfailingly knows the real meaning of what is said rather than its merely apparent meaning, but stridency of views is often indicative of unacknowledged uncertainties. Zinc supplementarians and others of the type cling to their beliefs with a fervor that evidence does not merit.

“One of the effects of the COVID-19 epidemic has been to reveal to a very large percentage of the population the joys of instant expertise.”

I went to see my dentist today. He had COVID-19 quite badly. He tested positive, and now has antibodies. Does that mean that he can relax, he won’t get it again? No one knows for certain. His wife had typical symptoms of COVID-19 but tested negative. Does that mean she didn’t have it? A strange coincidence, if so, or a manifestation of the power of neurosis and suggestion. One of his friends, a doctor, tested positive for COVID-19, developed antibodies, but on retesting had lost them. What does this mean, what practical lesson should be drawn from it? Nobody knows.

Like practically everyone else, I have been looking at statistics as soothsayers used to look at chicken entrails, and probably making about as much sense of them. The latest figures for total deaths in the United Kingdom show that they have not risen to a significant extent despite a rise in the number of cases, in contrast to the period from the end of March to the end of May, when there was a very large increase both in cases and in the death rate. But this does not entitle us yet to say that we are out of the wood; there was also a time before when the rate of cases increased without a rise in the overall death rate. It is possible that the overall death rate might rise; it is also possible that the overall death rate may not rise. Anyone who says he knows what will happen is mistaking surmise for knowledge. And yet those who govern us, who sometimes seem less than mere mortals, must decide what to do; in these circumstances, even doing nothing is doing something. Moreover, what they do might affect the outcome (or might not), which means that it will be difficult to decide whether they did the right thing or not.

It is often said that those who died during the previous spike of deaths were (a) very old and/or (b) ill intercurrently, so that they would have died soon anyway. But if this were so, the death rate after the spike was over should have been less than normal; but this has not been so, or at least up to this date. A person of 85 in the United Kingdom, while of course old, has a life expectancy of six years. If the law of marginal utility applies to human life, the value of a year of human life at an advanced age increases, not decreases; though I admit that the law of marginal utility may not apply to human life, or apply only to some human life.

In other words, matters are complex and may not even be susceptible to an indubitably correct answer, even if everything were known. What risk of additional deaths would it be worth running for what degree of economic chaos avoided (assuming that degrees of future economic chaos could be measured, which is far from certain)?

What is quite clear is that young people in Europe, and in particular in Britain, have behaved (as soon as they were able) as if COVID-19 were of no account. In a narrow sense, they are quite right: They are probably more at risk if they drive a car than from COVID-19 if they crowd together. But in contracting an infection that does them no harm, they might pass it on to people who are in danger from it, namely the old and the already ill.

From this, it would seem that the old and otherwise vulnerable (any age selected has to be to an extent arbitrary, for Nature provides us with continua of risk rather than with clear categories of those at risk and not at risk) should be protected, and everyone else should continue to live as normal.

From my observation—which is not scientific—the old are taking care of themselves, as far as their own conduct is concerned. They do not go to crowded places, they maintain their distance from those young people with whom they have to deal. This leaves the elderly who are incapable of looking after themselves (which most are not): Efforts should be highly concentrated upon them. We also have to accept that no policy will have a perfect result.

My problem with wholeheartedly proposing my scheme is that I recall the words of Oliver Cromwell to the General Assembly of the Church in Scotland: I beseech you, in the bowels of Christ, think it possible you may be mistaken.