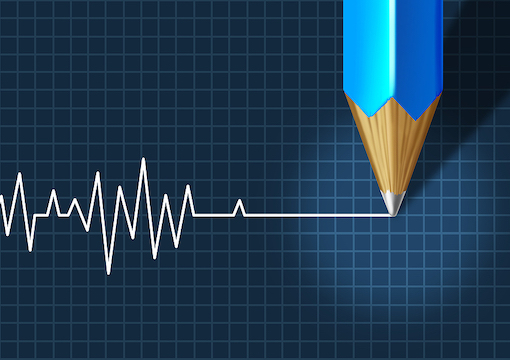 Most people can imagine circumstances in which they would rather die than continue to live. For many in certain jurisdictions it must be a comfort to know that, thanks to the legalization of assisted suicide, they can end their lives with relative ease and in circumstances of their own choosing, without having to resort to such means as jumping off roofs or into canals, cutting their wrists, hanging themselves, or taking overdoses of drugs of uncertain lethality.

At the same time, however, many of us feel a certain unease about the subject. Is not assisted suicide the beginning of a slippery slope or the thin end of a wedge? How long before well-meaning people, full of protocols and good intentions, will be deciding for us that our lives are not worth living?

I was therefore interested to find a slim volume in a Parisian bookshop about current Swiss procedure relating to assisted suicide, more particularly the legal procedure after death has taken place. I must say that it was all impressively logical, well-thought-out, and efficient. The book, titled Post Mortem Flash-Back: Scenes of Assisted Suicide in Switzerland, was by an anthropologist, Marc-Antoine Berthod, and a sociologist, Alexandre Pillonel, and drew on their research conducted in the Canton of Vaud.

“The assisted suicides choose the clothes in which to die; one man chose a Hawaiian shirt and Bermuda shorts.”

A few preliminaries. If assisted suicide in Switzerland were an investment, it would have done very well over the last twenty years, having risen by 2,735 percent between 1998 and 2018. Postulants for death by assisted suicide must be members of an organization called Exit, subscriptions being 40 Swiss francs per year; those who want to take advantage of membership in their first year must pay 350 Swiss francs more, presumably in lieu of future subscriptions.

This all sounds rather in contradiction to the supposed right to a dignified death, the fulfillment of which is Exit’s mission. After all, if dignified death is a right, it cannot very well be dependent upon payment of a subscription to an organization, however benevolent. We do not say that the right to a fair trial depends upon having paid one’s income tax—but let this pass.

The postulant has to write a notarized request, accompanied by a certificate from a psychiatrist that he or she has the capacity to make the decision to die. The grounds for a successful request are a mortal illness, intolerable suffering, or multiple pathologies related to age that cause a person to be severely handicapped. Of course, the intolerability of suffering is subjective, for what is intolerable to one person may even be trivial to another—but again, let this pass.

The request and accompanying documentation are passed to one of Exit’s physicians, who gives the thumbs-up or -down to death, as it were (no figures are given in this book as to how many requests are rejected, and why, though the authors, being thorough, have probably addressed that matter in previous work).

Then comes a person called an Accompanier. He, or more usually she, visits the postulant and interviews him or her, on average two or three times. The Accompanier will be present at the death of the postulant, and is unpaid, except for travel expenses. Exit has about thirty such people, which means that, on average, they must attend about forty assisted suicides a year.

One cannot help but wonder what kind of person (two-thirds women, the latter being the caring sex) makes this work his or her charitable endeavor. The most comforting answer that I can give is that the Accompaniers have themselves seen a loved one die after much useless suffering from an incurable, mortal disease, and want to prevent others from witnessing the same.

Since euthanasia is still illegal in Switzerland, and the suicidal person must be able either to activate the fatal injection or to take the fatal pills him- or herself, one cannot help but wonder whether some people are impelled to die sooner than they might otherwise have done by the fear that they will become unable physically to make the final move.

Most people, unsurprisingly, choose to die in their bedrooms, but 1 in 333 chooses the surround of the swimming pool. One chose a hotel bedroom, though we do not know whether it was with or without the hotel management’s permission (which would be worse?). The assisted suicides choose the clothes in which to die; one man chose a Hawaiian shirt and Bermuda shorts. I don’t know why, but this horrified me.

After the death, the Accompanier must call the police and the forensic pathologist. The interval before these officials come is a delicate matter: not too short to interfere with the first access of mourning by the deceased’s friends and relatives, but not so long as to inconvenience the Accompanier, who cannot leave until the police and pathologists are convinced that there has been no foul play, that procedure has been followed, and that the forms have been filled in correctly. The pathologist prefers to wait until rigor mortis has set in before arriving, then there can be no mistake that the person is dead.

The forensic pathologists don’t really like this work because it is too routine, and most of them went into forensic pathology in order to solve the puzzles set by (for example) murders. There is no intellectual excitement or challenge for them in a mere assisted suicide.

Undertakers, by contrast, rather like assisted suicides because they take place in an orderly way and cut down the amount of work that they have to do. Policemen sometimes express a kind of gallows humor at the site of an assisted suicide, saying such things as that the people present ought to be careful not to take the rest of the fatal draught. The public prosecutors, who must be informed of each such suicide, find it all a bit of a bureaucratic bore.

According to the authors, the atmosphere after an assisted suicide tends to be rather more festive than after most other deaths, jolly rather than lugubrious. The authors do not say that more than one interpretation is possible to explain this fact. Suffice it to say, however, that in 8,665 cases since assisted suicide was legalized, the authorities have found not a single case that aroused their suspicion or caused them any concern. Everything is clean and aboveboard in Switzerland.