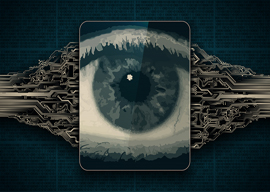 Hey, Zuckerberg? You reading this? Just a quick note to say you can have all the data you want. Fill your boots. Because nothing your corporate cronies do is going to influence me one iota. Not one jot. Trying to target me with “messaging,” as the CIA said about undermining Greek democracy, is like trying to rape a whore. I block that stuff quicker than Billy the Kid going for his big iron. So I’m damned if I care who knows my best friend is a Latvian prostitute or that all my money goes on vintage cigars. If Suckerberg can persuade some melting snowflake from Wellesley to pay for Facebook so her trite self-obsessions can remain private, I take my hat off to him. I just wish I had that kind of money! Since the financial corset has been tightened by my succubus of a grandmother, I freeload wherever I can.

The assumption behind last week’s congressional hearing was simple: that people—in the words of the greatest prophet of any age, Alexis de Tocqueville—have “neglected their chief business, which is to remain their own masters.” How shallow has man’s political conviction become that it can be swayed by a few memes? I long for the curt rejoinder of Margaret Thatcher—whom I met, of course—that “each person must make up their own mind.” Yet the basis of the modern political campaign—as gestated by those asses, the Democrats—is that we don’t really have minds. This was as much as I gleaned from the Clinton postmortem Shattered before throwing it overboard: that the electorate is a kind of barren womb, waiting for the precious seed of political intelligence to be implanted from above. In this grand fertilization, Facebook plays the role of the turkey baster. All this was tickety-boo when it was loaded with the saccharine drip of Obama’s emo-Marxism. But when Donald Trump’s tiny hands found their way to the same lever? Oh, no!

“Listening to the committee hearing was like smelling methane escape from a shit heap.”

Listening to the committee hearing was like smelling methane escape from a shit heap. Dianne Feinstein (D-Calif.), chief harpy of the “Russia Did It!” campaign, who now enjoys the plaudit of her very own “Fuck Dianne Feinstein” group on Facebook—has a long record of threatening tech companies. Echoing autistic millennials everywhere, her killer argument is to stomp her hoof with the words: You just don’t get it! Elsewhere we heard that Facebook makes apps for children. Yes, children! The same children you see plugged into their parents’ tablets for three hours a day! Except at the tellingly named Campaign for a Commercial-Free Childhood, of course. Their kids aren’t allowed near a tablet because they’re too busy whittling pan pipes to take on the next BDS demo.

Either way, the seed is cast on stony ground. The word is that Facebook has lost hardly any users since the breaking of this manufactured scandal. The market has spoken! What Facebook has lost is market value. Not at the behest of its users—of course—but of a handful of fund managers running scared before the government. Now the New York City pension fund has stepped up to tell it how to run itself. To restore its share price or bring it to political heel? You be the judge. The Mortimers are not known for their financial advice, but mine would be: Buy Facebook. Stick it to the old reptiles in Congress and pile in. Like when Brit trade unions failed to ban their members from investing in the privatization of their employers, rub their noses in the message: You don’t own this, we do. You’ll also be bloodying the nose of that clap-ridden organ of international socialism, The Guardian. Infuriated by the public’s immunity to its vendetta against Facebook, The Guardian mewled: “It is up to legislators—and up to us, the people!—to prove her wrong. The global power of the giant advertising companies must be curbed!” The outer orbit of lefty lunatics is reaching for the biggest club of all: nationalization. A great solution in the circle jerk of their own private politburo: Out here in the real world, we like free stuff paid for by dumb advertisers.

Yet the incredulity written on the face of the young tech homunculus wasn’t down to advertising. It was down to being lectured on data by the architects of the most ravenous surveillance apparatus in history. The first iteration—Echelon—was architected in that clunky dawn of the digital age, the 1970s. Bespectacled renegade Eddie Snowden has since apprised us of the existence of Prism. Close observers of the tech bubble sometimes wonder whence sprung the soft money that first launched this virtual spider web, into which fly our smallest missives as innocuously as flies. Why, Uncle Sam, of course! Why should his collaborators among the investment banks care for the subsequent correction? They’d already taken their fees.