Facing Down the Thugs 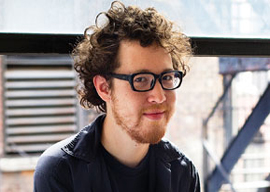 Call me naÃ¯ve, but the left’s coarse brutishness still shocks me. The only thing that shocks me more is the right’s suicidal cowardice.

Here’s a sample of the first. The topic is CPAC, last weekend’s gathering of the Conservative Political Action Conference, in particular a panel where I participated. The panel was organized by ProEnglish.org, which, to quote from their mission statement,

…is the nation’s leading advocate of official English. We work through the courts and in the court of public opinion to defend English’s historic role as America’s common, unifying language, and to persuade lawmakers to adopt English as the official language at all levels of government.

The panel’s host was Robert Vandervoort, executive director of ProEnglish. Besides myself, the other panel members were Dr. Rosalie Porter, a veteran of the bilingualism wars and the author of this touching memoir; Peter Brimelow, immigration-restrictionist campaigner and author of Alien Nation; and Serge Trifkovic, foreign-affairs editor of Chronicles magazine and author of Sword of the Prophet. All four of us are immigrants, please note.

“The left controls the discourse because of the right’s cowardice and stupidity.”

There was some commentary from the left about CPAC, including some that fixed its attention on our ProEnglish panel. One piece that particularly caught my eye was this one from Salon.com, which I had supposed to be a serious, respectable website. The writer is one Alex Pareene, not formerly known to me. I’ve asterisked out an offensive word.

The National Review‘s John Derbyshire, a stock ‘pervert Tory’ character from a Martin Amis novel sprung to life and given a sinecure at the National Review, is hosting a panel on ‘multiculturalism’ (boo hiss) featuring two of America’s most detestable sacks of ****: Peter Brimelow, founder of white supremacist site VDARE, and Robert Vandervoort, the director of some sort of ‘don’t make me press one for English’ nativist group and a white nationalist from way back.

Mr. Pareene starts right off with an error: I didn’t host the panel, I was a guest. Proceeding from sloppy journalism to personal vituperation, he then calls me a pervert, on what grounds I do not know. (I don’t, come to think of it, even know what a pervert is anymore in the age of NAMBLA, gay marriage, and Madonna in bondage gear on prime-time network TV. My dad, along with well-nigh every other person of his generation, would have said that Barney Frank is a pervert, but I’m guessing this is not Mr. Pareene’s point of view.)

Then a sneer at anyone daring to question the virtue of multiculturalism. (Why the scare quotes?)

Doubts about multiculturalism aren’t exactly off-the-charts extremist. Such doubts have been explicitly voiced in public by the Chancellor of Germany, the Prime Minister of Britain, and the President of France. Why does Mr. Pareene think this an unsuitable topic for CPAC? What happened to the left’s Europhilia? If it’s OK for these august”and in no case very conservative”European persons to doubt multiculturalism, why can”t Americans do so at a conservative gathering?

And then: “detestable sacks of ****”? Is this kind of language OK with Salon.com editors? Is that how their writers routinely refer to people with whom they disagree? How does this square with the left’s periodic calls for civility in public discourse?