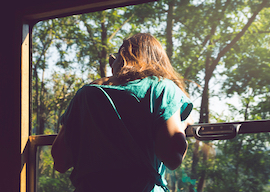 It has been very hot in my part of France lately. Not far away, the temperature in the shade has been as much as 45 degrees centigrade (113 Fahrenheit). No doubt it is often hotter in the Empty Quarter of Arabia or in the Mojave Desert, but for us poor Northern Europeans it seems pretty brutal. It’s even worse when you’re getting on in years.

My insurance company sent me an email. “Heat wave in your area,” it said. Then it gave a little advice:

Avoid going out in the hottest part of the day, select cool places and drink regularly.

Avoid unventilated places and do not stay in a car or a closed space in the sun.

I imagine that few would quarrel with this advice. Who, for example, would advise people to walk about as much as possible in the heat of the sun, or not to seek out cool places? My late little dog knew better than this without being informed by any insurance company.

Is there anybody in the world who, reading the advice, would take off the heavy clothes he was wearing in the heat and don light clothes instead? Would anyone reading it depart the stifling room in which he was sitting and seek out somewhere cool? Would anyone say on reading it, “Aha, now I realize what had never previously occurred to me, that I ought not to sit in my car in the baking sun with the windows shut”?

Ours is an age of information, that is a cliché. But it is also the age of redundant advice and warning; for example, that on bottles of spirits that immoderate drinking can harm your health. Has anyone ever given up drinking, or avoided pouring himself another drink, because he has read this warning? Or has anyone ever reached the age when he can invest money who does not realize that the value of shares can fall as well as rise? Where would one had to have lived, what would have to be the depths of one’s ignorance, not to realize this?

“The world, then, is to be divided into parents and children.”

Such redundant advice implies that the world is full of fools, that most adults are really children; and indeed there is no better way to infantilize people than to treat them as infants. It is true, of course, that people may not be aware of genuine hazards and need to be informed of them, but surely not that they should not put their fingers in the rolling mechanism of escalators (and should prevent their children from doing so), or that hot coffee spilt on your skin may scald.

In a recent case in England, a train company was heavily fined because a man of 24 was killed when he put his head out of the window of a train traveling at 60 miles an hour. The train passed a gantry and the man suffered a catastrophic and immediately fatal head injury.

The picture of the young man shows him to have been a very pleasant type. He was said to have been a train enthusiast, a person who loved everything connected with trains. I am not of that ilk myself, but my experience of such people is that they are usually rather shy and quiet but very decent, and generally quite without malice. When I saw the picture of the young man, I felt an enormous sorrow for him and for his family. Here was real tragedy. I am not a sentimentalist, but for some reason the story affected me deeply.

Nevertheless, one cannot (or should not) be guided by emotion alone. The coroner’s inquest was agnostic as to why the young man had stuck his head out of the window, even as to whether he had done so voluntarily or involuntarily. It is difficult to see how it could have been the latter, unless someone actually pushed him; there was no question of a vacuum having sucked him out. But the reason the coroner was agnostic on the question was itself very revealing of the modern world: There was no CCTV footage of the incident. In England, it is very rare that something happens in the public space that is not captured on CCTV camera, English society having the heaviest such surveillance in the world.

Surely a man of 24 is old enough to know that it is dangerous to put your head out of a train window while it is traveling at some speed. A fortiori would one expect a train enthusiast to know this. The window in question was for use by the train’s guard, though there wasn’t one on board. The company admitted that it “had failed to ensure that persons not in their employment were not exposed to risk to their health and safety.” The judge said that the company had failed to carry out a “risk assessment,” presumably the risk being that without a warning an adult might put his head out of the window.

The world, then, is to be divided into parents and children. Train companies are among the parents, passengers among the children. Just as no child is expected to behave with common sense, so no passenger is to be expected not to endanger himself in the most obvious ways. If he is not specifically warned of a danger, it cannot be assumed that he will know of its existence.

The growing nonacceptance of risk and the consequent rejection of personal responsibility in Western society are astonishing. The man who does the pest control in our house in France told me that he is repeatedly called out to the local school when wasps have built a little nest on a shutter. When he arrives, the whole area is cordoned off as at the scene of a serious crime, a murder, say. He points out that wasps have wings and are no respecters of cordons. He takes a broom and sweeps the nest out of the window. No one in the school is willing to do such a thing him- or herself. He will soon be called again. Each time, he charges the school 300 euros for his flick of the broom. But at least the money is not wasted on a vain attempt to teach the children something.