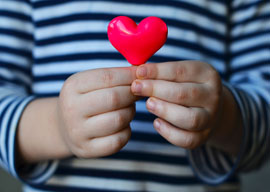 Self-love used to be a vice, but nowadays it is the nearest thing to a virtue, as a supposed precondition of our own mental health (whatever that might be).

An Irish friend kindly forwarded me an article from The Irish Times reporting on a school in County Dublin that, on St. Valentine’s Day, encouraged children to write Valentine cards to themselves. They were supposed to inscribe in them what they loved about themselves, on the theory that self-love is a precondition to success, happiness, and resilience, and should therefore be taught early and probably incessantly.

My view is that the head teacher of the school ought to be given hemlock to drink for corrupting youth, but I accept that some people might think this punishment a little severe. Indeed, there are some people”the author of the article among them, a psychotherapist”who think the promotion of youthful self-satisfaction and conceit an excellent idea, the key to the little ones” future happiness.

I looked up the school’s mission statement on the internet. Suffice it to say that it contained few surprises, other than the fact that it existed at all. It was the expected dreary catalog of modern pieties, among them the celebration of the uniqueness of the child and respect for diversity of traditions, values, and beliefs, irrespective of the particular nature or content of those traditions, values. and beliefs. As for “celebrating” uniqueness: How is it to be done? By getting the little geniuses to chant “I am unique, you are unique, we are all unique, everyone is unique!” while holding hands and dancing round a tree as the teacher beats the rhythm on a tambourine?

“Self-love used to be a vice, but nowadays it is the nearest thing to a virtue.”

The tide of clichÃ© has been rising for years, despite (or, as Schopenhauer would no doubt have said, because of) the ever-greater proportion of educated persons in the population. It requires a certain level of education, after all, to be able to write the following, taken at random from the article in The Irish Times:

Self-esteem matters, and as children are still forming core beliefs about themselves, adults can engage with them to really tune in to that fact.

No person who had left school at the age of 12 could have written such a sentence, which of course is a very powerful argument for reducing, as a preventive measure, the age at which children leave school. No mere ignoramus, no child sent down the mines at the age of 6, could ever have uttered these words, which somehow manage to combine dogmatism with absence of clear meaning.

But let us examine some of the more easily comprehensible, though not necessarily worthwhile, sentiments expressed in the article:

A child who develops such beliefs as “I am kind, I am competent, I am lovable” will likely find themselves [sic] on a path to good self-esteem. A child who, on the other hand, develops more negative beliefs about himself, such as “I have no talent, I am not liked by others” will likely have lower self-esteem and this can affect their [sic] mental health.

What is most remarkable about this is that neither here nor elsewhere in the article does the author think it necessary for there to be some objective correlative of the belief. That is to say, it is perfectly in order for the child to have a belief about himself that is completely unrelated to any of his conduct. According to this view of the matter, a child can, and indeed ought to, remind himself that he is kind while he is pulling the legs and wings off a fly or throwing stones through an old lady’s front window. As angels to wanton boys are we to the psychologists.

Criminals, especially the vicious rather than the merely pathetic ones, have very high self-esteem. They are generally proud of how awful they have been and positively swagger with satisfaction at their own competence in the matter of causing misery to others. They too have “core beliefs” about themselves, all of them highly flattering. They even think they are lovable as well as admirable.