Feet of Clay Stamping on a Human Face 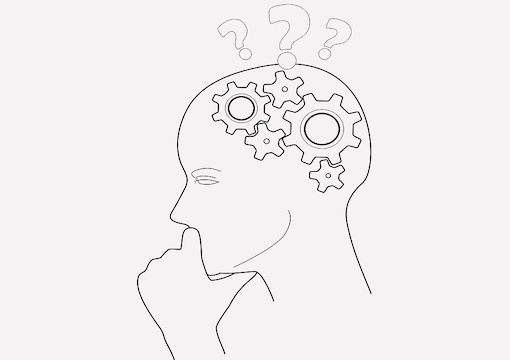 In last week’s column, after months of being stonewalled I finally confronted one of the authors of a “scientific study” that purported to prove that last summer’s BLM riots actually made the Covid pandemic better. Last year, that study was paraded around like a victorious quarterback atop the shoulders of a cheering media grateful to have “proof” that violating Covid lockdowns is fine as long as you’re BLM.

The crux of the study was that fear of BLM riots kept ordinary folks at home and away from crowded establishments, thus mitigating Covid spread. The paper’s multi-credentialed authors used cell-phone “ping” data to measure foot traffic at bars and restaurants before and during the riots to “prove” that folks were staying home because of BLM.

So here I came, with no degree—no high school diploma, noch—and I got the corresponding author to cop to a flaw in his non-peer-reviewed study. The authors hadn’t taken into account the fact that in cities like L.A., where bars and indoor dining were not open during the surveyed period, food-buying foot traffic would’ve been in grocery stores, which in many cases became more crowded during the riot period due to panic buying and citywide curfews that slashed supermarket hours, thus forcing more shoppers into fewer hours.

The authors failed to measure foot traffic at grocery establishments. The PhD was forced to admit that the exclusion of grocery stores limited the value of his vaunted study.

“The problem with ‘follow the science’ is that you’re not actually following science but scientists.”

According to an op-ed last week in The New York Times, people should not do as I did. Thinking critically about information from “reputable” sources must not occur; our very democracy depends on curbing the practice.

In “Don’t Go Down the Rabbit Hole,” BuzzFeed technology writer Charlie Warzel argues that “critical thinking, as we’re taught to do it, isn’t helping in the fight against misinformation.” Relying on the work of Professor Michael Caulfield of Washington State University, Warzel declares that the traditional belief that people should be “taught to evaluate and think critically about information” is “fundamentally flawed.”

Caulfield insists that people should not be encouraged to “use reasoning,” because “that strategy can completely backfire.” Go by the source, not the information. Good source? Accept the info. Wikipedia-unapproved source? Reject the info. But don’t think about the info.

“People learn to think critically by focusing on something and contemplating it deeply—to follow the information’s logic and the inconsistencies. That natural human mind-set is a liability in an attention economy,” Warzel argues. So don’t do it. Don’t look deep. Caulfield’s methodology “focuses on making quick judgments” because “you often make a better decision with less information than you do with more.”

“You often make a better decision with less information than you do with more.” A NYT op-ed actually promoted that idea.

“Spending 15 minutes to determine a single fact in order to decipher a tweet or a piece of news coming from a source you’ve never seen before will often leave you more confused than you were before.” So don’t bother. Warzel makes clear that this rule is not for “reporters” and “researchers” but rather the common folk. The ones affected by the work of “reporters” and “researchers.” And if you haven’t already guessed, that’s the point. Certain people don’t want to be critiqued by commoners.

The past year has seen Americans at the mercy of “researchers” and the reporters who pick and choose which “experts” to champion. Because of researchers, Americans have been locked down, denied schooling, denied work, masked, double-masked, probably soon triple-masked. BLM broke all lockdown rules, so researchers said, “That’s cool, our research proves that their lockdown-breaking helps the pandemic, while yours does not,” and reporters said, “Right on!”

To be fair, much of the scientific research regarding Covid is indeed beyond the ken of non-scientists. And I’d go so far as to say that the biggest problem with the ever-changing recommendations regarding masks, transmissibility, ventilators, etc., is not that the researchers are crooked, but that they’re afraid to admit how little they actually know. Their “trust the science” admonition only harms their own credibility when “the science” changes. “We’re in uncharted waters; bear with us” is a lot better than “TRUST THE SCIENCE, PLEBES!” But the former requires humility, whereas the latter unlocks the God complex lurking beneath most lab coats.

But then you have studies like the one I debunked; studies based not on virus RNA but logical precepts. Popping that balloon required no medical know-how. All it took was to “follow the information’s logic and the inconsistencies,” exactly to the word what Warzel and Caulfield don’t want you to do. The reporters who breathlessly hyped the BLM/Covid study could have asked the same pointed questions I did. But they chose not to, because they agreed with the study’s conclusions. The last thing they wanted was for their readers to “think critically.” Better for the unwashed to look at the source not the substance, and make a “quick judgment” with “less information.”

Neyman and Dalsey examined U.S. counties that experienced BLM protests last summer and compared them with similar-size counties that did not experience protests during the same period. The authors found that counties that witnessed BLM protests saw a “statistically significant” rise in Covid cases in the three weeks following the protests. This contradicts the study I critiqued last week. According to Neyman and Dalsey, not only did the protests not make the pandemic better, they made it worse in protest-affected counties.

But Neyman and Dalsey hedge their bets with this interesting bit of wordplay: While the Covid increase in BLM-affected counties was “statistically significant” compared with the control counties, it was also “societally insignificant.”

What exactly does that mean? I contacted Neyman (the corresponding author) and I asked him, “What did you mean by ‘statistically significant but societally insignificant?’”

His reply? “Thank you for your question. I’m going to loop in my hospital PR department if you don’t mind. Give us a few days to get back to you.”

Okay, sure. I gently reminded him that I had a deadline.

Three days later: “I’m sorry for the delay. I am waiting on a response from my PR department. I recognize that you have a deadline to meet and I’m sorry if I miss it. I am hoping that they will respond by tomorrow if that helps.”

Wait, why does this guy—this MD—need his PR department to answer a question about a term he used in a report he penned?

After three more days of silence, I got blunt:

I’m baffled by your inability (or unwillingness) to answer an exceptionally simple question. You and your co-author referred to the post-BLM protest rise in Covid cases as “statistically significant” but “societally insignificant.” I’m assuming those words came from you and not your “PR department.” Why are you unable to explain your meaning? And how else can I inform my readers of the meaning of those words if not by asking you?

He replied, “I am sorry, I am going to call PR immediately and inquire about the delay.”

Again, why does he need the PR department to help him answer?

And then Neyman sent me this: “I have shared a correction with the publisher as an erratum. The corrected discussion reads, that ‘since approximately 40% of counties where a BLM protest occurred saw a smaller increase in COVID cases at Week 3 than their comparison counties, it is clear that a BLM protest cannot explain a rise in COVID rates.’”

I was confused: “Is the correction/erratum you shared with me intended to answer my question regarding the meaning of ‘statistically significant’ but ‘societally insignificant’ (i.e., will those terms be removed from the study when it’s updated with the correction)?”

Neyman: “Yes, sorry for the confusion. The correction removes the ‘societally insignificant’ line.”

“Statistically significant but societally insignificant” wasn’t a throwaway line. It was the key line in the report’s concluding paragraph, and Neyman removed it and reversed himself regarding his study’s results, all because I asked him to explain the line’s meaning. What gives? Was the original conclusion, that BLM had contributed to a rise in Covid, so “unwanted” that the “societally insignificant” line was thrown in as balm to soothe the blow? But when called on to explain that phrase, Neyman was like, “Ah, screw it, you know what? BLM didn’t contribute to Covid cases after all. Forget what I said before.”

This MD’s scientific conclusion was only firm as long as a guy like me didn’t actually inquire about it.

That ain’t the kind o’ science we oughta be “following.”

Since Neyman still grants that in 60% of the protest counties there was a Covid rise in comparison to the control counties, I asked him the obvious question:

You state that 40% of counties where a BLM protest occurred saw a smaller increase in COVID cases at Week 3 than their comparison counties. Of the counties with BLM protests that you studied, did you factor in which ones had curfews during the week of protests and which didn’t? Counties with curfews often saw an increase in panic buying during reduced supermarket shopping hours (with nighttime shopping curbed, more shoppers were crammed into fewer store hours, resulting in longer lines and more “mixing” in enclosed spaces). Is it possible that curfews had anything to do with whether a county that had BLM protests also experienced a rise in cases? Were curfews factored into your study?

Not every BLM protest led to riots and curfews. If the counties that had BLM protests and experienced a rise in Covid cases in the weeks that followed also had curfews in response to BLM riots and looting, then BLM protests can totally explain the rise in COVID cases in those counties.

Neyman’s response: “I’m sorry, but I did not factor curfews into my analysis, because it was not included in the two datasets that I used to perform the study. As such, I don’t know the answer to that question.”

Maybe then he wouldn’t have had to reverse himself because he got an email from a high school dropout.

The problem with “follow the science” is that you’re not actually following science but scientists—humans with feet of clay. And for a year now we’ve let those clay feet stamp on our lives, our rights, and (as Orwell might say) our faces.

And reject as a fraud anyone who counsels otherwise.