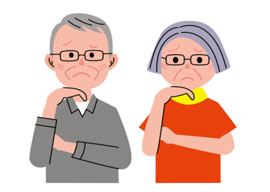 Most women would be happier at home raising a family, and many are just going through the motions by choosing careers. There. I said it. I didn”t say women can”t have careers and they”re not capable of anything more. I happen to think housewife is a pretty noble profession. However, if you don”t scream “Anything men can do women can do better” you”re a sexist pig. Modern feminism has become fascism and it’s making women miserable. When a doctor tells his patients that the hourglass of a woman’s ovaries is turned upside down at 30 and is all but drained by 35, he (or she, you sexist pig) is called a sexist pig. The anecdotal evidence of the aunt who had twins at 43 apparently wipes out centuries of biology.

Listen, you stupid bitches, nobody has problems with the driven career woman who has it all. We all respect ballbusters like Barbara Corcoran, but it’s worth noting that even she had to wrestle Mother Nature. She spent $146,000 making kids happen in her late 40s. When you say it’s sad that women are choosing dogs over children, you”re told the world is overpopulated and the end of breeding is a good thing. That’s not what I see. When I scroll through the women in my address book, I see almost nothing but regret. Only 10% of women have more kids than they want, but it seems like only 10% of my friends even tried to have kids. Here’s a list of all the women I know who did (names changed to protect the innocent).

Deborah is in her early 40s and just had a miscarriage. After waiting for Mr. Right well into her late 30s, she dumped her boyfriend and decided to become a single mom. He panicked and proposed and now they have a kid. This is pretty much the only way a woman in New York can have a family. She has to marriage rape her boyfriend.

Carla was in the same boat and marriage raped her boyfriend at 39. She had a kid but I doubt they”ll be having any more. This is a shame because they”re both great parents.

“You can”t change the past but you can warn others not to repeat your mistakes. That’s what defines us as humans.”

Alexander finally proposed to Susan when she was in her late 30s. They had one kid but won”t be having any more because they waited too long. Alex tells me he deeply regrets this and I suspect Susan feels the same way.

Darrell and Cathy had a kid when she was in her mid-30s and spent the next five years discussing whether they should have a second. By the time they decided to have another, it was too late. After spending thousands on fertility drugs, they gave up and adopted. They adore their adopted child but it’s obviously not an ideal scenario.

Andy and Joan spent a ton of money on fertility drugs because they waited until Joan was in her late 30s before having kids. Andy couldn”t come to my wedding because he was told flying is bad for your sperm. After emptying their savings account, they gave up and adopted two kids. They love their kids the same as we all do but again, not ideal.

I grew up with Mike and Sherri and we all agreed having kids was negligent because of overpopulation. By the time we realized it’s about quality not quantity, they were already in their 40s. Sherri spent over ten thousand dollars on fertility drugs and it worked. After a few miscarriages, they made three healthy kids. (It’s worth noting that many of these fertility drugs give you quintuplets in the womb and then the majority die, which is why you see so many twins floating around these days.)

They worry their age put their children on the spectrum but besides that, they essentially dodged a bullet. Unfortunately, Mike is over 50 now and needs “Dadderall” to keep up.

Ari and Karen are both very successful New Yorkers who managed to have three kids despite Karen being in her early 40s. They seem to have pulled it off but they are worried their eldest boy is on the spectrum. He rarely talks and will stare into space for hours at a time. They are well aware that “The risk of having a child with full syndrome autism increases with maternal age” (don”t miss the comments on that link).

Jeannie is 40 now. I remember a few years ago, I told her she was running out of time and she looked at me like I had asked if I could put my watch in her vagina. She actually walked out of the room and went home. Today she has her ovaries frozen and asks me to fix her up with a guy every time we meet. It ain”t happening.

Mary Ellen was in a pretty good relationship with a guy from 25 to 29. They broke up when she was 30 and it took a couple of years for her to get over it. She had a few shitty relationships after that and is now 38. She knows she will never have kids and I for one think that’s pretty sad. Her nieces and nephews love her. She has their pictures all over the house.

Mimi is 29. She wants three kids but is dating a 25-year-old New Yorker who has no intentions of settling down. She works in medicine and is very familiar with biology so she told her boyfriend it’s time to shit or get off the pot. I don”t know what’s going to happen to them, but it’s not looking good.