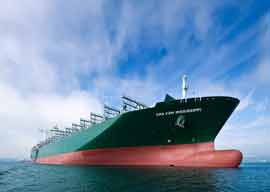 January 2016. A hard landing for world markets and the world economy.

Leading indicator the Baltic Dry Index, which measures the cost of chartering a cargo ship, fell to an all-time low last week. The cost of hiring a 335-meter ship has dived, by over 90% since last August, to around $1,500 per day, Zero Hedge reported. “It is now cheaper to hire a supertanker than a Ferrari,” MoneyWeek enthused, reporting shipping executives” fears of industry “Armageddon” and even of the freight industry “going under.”

Mohamed El-Erian, former PIMCO CEO, now chief economist at multinational behemoth Allianz”and the most impeccable interpreter of the global economy”put the probability of a recession in 2016 to Bloomberg at 30%. In emerging markets (EMs), borrowing costs have hit their highest level in five years, inciting fears of a “debilitating credit crunch” in the developed world, the FT said. Simultaneously it reported ICBC Standard Bank’s data that “investors are deserting emerging market bonds at the fastest rate on record, withdrawing more money than they did at the height of the financial crisis,” even. This exodus continued throughout January with circa $8 billion in outflows over three weeks.

“Bright spots are rare. You have to look at the micro level; the macro picture is unclear.”

FT commentator Katie Martin wrote on Jan.18 that “metals are in meltdown. Oil is falling faster than forecasts can keep up.” And the IMF is concerned that EMs are crisis-bound”oh, and the bears are taking over on Wall Street. “Sell (mostly) everything,” wrote one RBC analyst. Only, as she pointed out, “many of the usual emergency exits are bricked up…. Investors are cornered.”

No kidding. Even the positive correlation between volatile markets and gold-price increases no longer holds fast, although gold started the year well, rising 5% in 30 days. However, the S&P 500 had fallen 15% by Jan.21, just short of the one-fifth decline that defines a bear market. The Dow Jones Transportation Average, another economic barometer, fell clearly into bear territory along with the Russell 2000 small-companies index.

Bright spots are rare. You have to look at the micro level; the macro picture is unclear. Yet depressed stock prices such as Apple’s (AAPL)”which hovered around $95 on Feb.1, well below $133 eleven months ago”mean contemporaneous uncertainty may have spooked flighty investors into selling…leaving the occasional good deal behind? Investors Chronicle awarded AAPL a second “Buy” rating following November’s, highlighting that “at the $100 mark, they trade at just ten times forecast earnings for this year.” A blue-chip stock with 30% off?

Another bright spot can be found in Amazon (AMZ), whose price languished Feb.1 at $528.38, against a high of $641.93 only 60 days previously. Especially when you factor in eye-opening research published by the FT that reveals how Amazon’s Web Services (AWS) division is growing into a juggernaut business of its own. Amazon Web Services sales continue to grow at 69% per year, with growth in operating income of 161% per.

Amazon (with Netflix) is winning the home-entertainment race, as the Motley Fool discussed, along with the rising buying power of tech companies in Hollywood. A “race to zero””meaning: competitive cost-cutting”is under way up on “the cloud,” with tech megacorps fighting for your attention. And nobody undercuts prices better than Amazon. Is it a buy, before word gets around that Amazon has two huge heads?