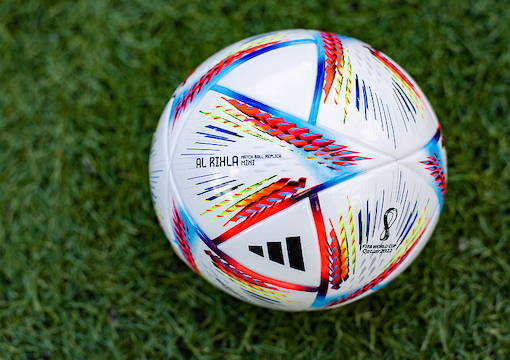 Of course, our assessment of goodness or importance may be mistaken. I may think, for example, that a certain person is good when he is in fact a monster of dishonesty or depravity. I may think that economic policy is unimportant, but it will affect me whether I follow it or not. And criteria make judgment.

Is sport in general, and soccer in particular, important? In some senses, yes, and in others, no: There is no definitive answer from all points of view simultaneously.

“Is sport in general, and soccer in particular, important? In some senses, yes, and in others, no.”

The World Cup in Qatar attracted hundreds of millions of viewers, for whom entertainment was more important than the extravagant absurdity of air-conditioning the outdoors in a place as hot as Qatar so that the players should be able to play at all, the sheer waste resources on so ephemeral an event (Qatar is said to have spent $220,000,000,000 on preparing for the championship), and the lives taken during the construction of the stadium and other infrastructure.

International sporting contests are free to express patriotic and even xenophobic sentiments without fear of purse-lipped disapproval. The importance of such sporting contests is attested by the fact that no one would choose the members of a team other than by merit, assessed in as objective a way as possible. No one would insist that a team should be demographically representative of the population as a whole; it would not be necessary to explain that to choose a team in such a way would inevitably result in a team far less good than a team chosen purely on merit.

Sport is thus more important than any other field of human activity, at least in the West, where such minor matters as the membership of university faculties, entry to professions such as law and medicine, and directorships of public companies are now to be allocated by demographic weight. The conclusion is clear: Sport is the most important, or (what amounts to the same thing) considered the most important, pursuit of human existence.

Being at my house in France, where I am without a television, at the time of the quarterfinal between England and France, my French brother-in-law who was visiting suggested that we go to a café in the village to watch the match. Not surprisingly, I was the only English person there, a fact that quickly became known.

Before the match, the philosophers of football discoursed learnedly on what was likely to happen, interspersed by advertisements for Saudi Arabia as a tourist destination, possibly the most revolutionary advertisement ever screened, as well as for betting sites by means of which the poor could impoverish themselves further. Everyone was extremely friendly, even the degenerate alcoholics who were propping up the bar and for whom the match was not the main reason for their presence. It is curious that while the English and French are supposed to be deeply antagonistic to one another, this never translates into unpleasantness in personal encounters, rather the opposite.

Naturally my brother-in-law was keen for France to win, but with one reservation: Earlier in the day, Morocco had defeated Portugal (by all accounts deservedly), which meant that, if France won, Morocco would play France in the semifinal. Win or lose, he said, young people of Moroccan descent would cause chaos in Paris and other large cities. The scenes in Brussels when Morocco beat Belgium were not encouraging.

As it happens, I am writing this on the eve of the France-Morocco match (France, as was expected, having won against England, though not by much). Ten thousand riot police have been deployed in France, including the famed CRS, who are not to be trifled with. The metro stations near the Champs-Elysée have been closed, so my brother-in-law said, to make it more difficult for crowds to assemble there. No doubt these are wise precautions.

The mind, however, averts itself from thinking about the meaning of all this. It is like the sun and death, according to La Rochefoucauld: You can’t look at, or think about it for long—it is too painful. You grow despairing and you start to have unworthy thoughts; best to put it out of your mind altogether.

The match between England and France seemed to me to have been played in a friendly and decent spirit, especially considering what was at stake for all the players. This, of course, was as it should be, but is not always.

When France scored their second and winning goal, and the English player, Harry Kane, missed what would have been an equalizing penalty, thereby sealing England’s fate, the joy in the café was unconfined. It is true that the two young ladies at the table in front of mine seemed hardly to notice what was going on, presumably being mainly there to accompany their boyfriends (they hardly glanced at the screen), but everyone else jumped up with arms raised in triumph. Many of them looked as if running to the bar would have been beyond their athletic capabilities. Perhaps sportsmen are so lauded, even worshipped, because they are the screen on which so many regretful dreams are projected.

When the final whistle went, and France had won, one of the young ladies turned to me and said, “All my condolences.” “It’s not very serious,” I said, “I will survive.” “Yes,” she said, “so long as you have your health, that is all that counts.”

I am not sure that it is all that counts, but certainly it is quite important. As I stood to leave, she said, “Desolée” (very sorry).

“It’s not your fault,” I said, laughing.