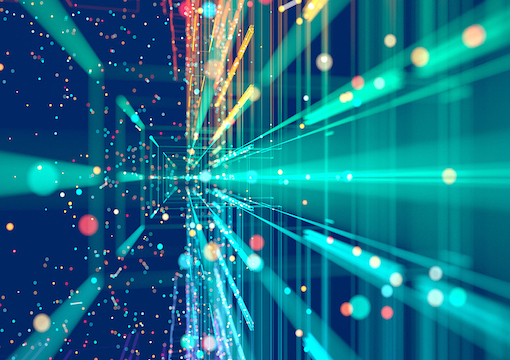 CHELSEA, LONDON, U.K.—Oh, to be in England, but let’s start at the beginning. I challenge any reader to claim they are more technologically disadvantaged than yours truly, or anyone not suffering from Alzheimer’s in fact. I resisted getting a mobile telephone until my days on board a sailing boat became a nightmare. I missed get-togethers and lost friends, and finally gave in around ten years ago. More trouble followed. For example, I get pings all the time and can see on screen names of Pugs members sending messages to each other, but I don’t know how to put in my five cents. Prince Pavlos of Greece set it up so it rings, but in the meantime poor little Taki is voiceless.

And it gets better—worse, rather. My daughter once taught me how to retrieve a lost column on my word processor, but I have since forgotten how to do it. My son simply refuses to offer technical help, as he calls it, and I’m incapable of cutting the ingrate off for good because I’ve already handed it over. Last week, however, things got hotter by the minute. The wife, who does not approve of flying private, advised me to do so from Gstaad to London because she knew things, but the airfield was closed, and going private from Geneva is a sucker’s game. One can land in the boondocks after paying through the nose and take three hours to get to Chelsea. Good old Charlie the driver, now speaking to me again, drove me to Geneva and I checked into BA with a very nice hostess, all smiles. Then the trouble began.

“The internet is the worst thing ever to hit humanity, and it most likely will be the end of me along with other Luddites.”

I had papers with me stating that I had had two Covid shots and had tested negative on the day before flying. But there were some other things required that I had never heard of. So the nice woman behind the desk, who had a very sexy figure by the way, took my mobile and began working on it. I had been there approximately 45 minutes when the stewardess told me to take my luggage off and wait for a call from the U.K. “A call from the U.K. on a Sunday evening? Are you sure?” asked poor little me. By this time Wafic Said’s nephew had arrived with pretty wife and children in tow, and they volunteered to help. They knew what they were doing and fixed my telephone, and it was only a matter of a few minutes and I would be free to fly, but then the sexy one asked for my password. I’ve had so many I gave the wrong one and everything collapsed.

“You need a PA,” said the sexy one. “I had one and the wife fired her because she had a body like yours,” I ventured. A wintry smile from her and then more questions about email addresses and passwords. Finally, one hour after my flight had left, Charlie returned from halfway up the mountain and drove me back to my humble Gstaad home. That same evening, a bit frustrated, I drank two bottles of white wine and collapsed. The next morning the telephone rang nice and early. It was the U.K. checking up on me and warning me that it would be calling me back. In other words, be a good boy, stay home, or else. It was a female voice, perhaps a recording. Here’s the number: 300 123 2008. The message also said that the long arm of the law might be coming around. Not a bad idea, as the Bellevue hotel is still open and also one ski lift. The fuzz might look into the Lucan mystery while here, as Anthony Bingham lives here, he’s a relation of the missing earl so the trip and expenses can be justified. So now I am officially in England, and under British law I have to stay home for a couple of weeks or so. But I’ve been playing hooky and went skiing today and was amazed to find so much snow and beautiful mountains in Chelsea. Even Countess Bismarck has joined the circus, offering her hubby’s PA to sort things out. I appreciate it greatly, but Bolle’s PA is a lady of a certain age. Now, don’t get me wrong, I love oldies, my wife Alexandra is going to be 117 years old come September. Also, do not forget that I’m a victim. I am victimized by young women because of my age, victimized by young men who use their thumbs to send ungrammatical messages to each other about matters such as jeans, rap music, and the environment; in fact I’m a martyr and I demand social justice.

Never mind, the internet is the worst thing ever to hit humanity, and it most likely will be the end of me along with other Luddites. From where I sit among the snows in Glebe Place Chelsea, Switzerland, I read about the ghastly man and ghastly woman who made fun of the British flag, a symbol so many millions have died for. I believe in having fun and all that, but funny how some things strike me as being not funny at all. The man and woman are lowlifes, but they influence public opinion by being on the radio and TV. What I see as unfair is that if the poor little Greek boy was, say, to make fun of the woman’s name, race, or color, I’d be thrown out of The Spectator in less than 44 minutes, 44 being the amount of years I’ve been writing my column. Oh, to be in England.