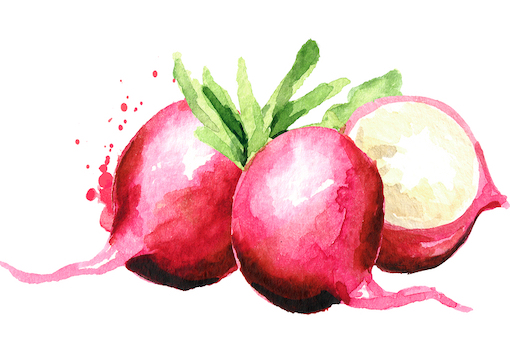 When nothing is too absurd to be false, it is scarcely any wonder that fake news flourishes. Therefore, I hesitated to believe that a large budget airline, easyJet, had instructed its staff no longer to use “Ladies and gentlemen” to welcome passengers aboard, but “Hello, everyone,” on the grounds that the latter is more “inclusive.”

The airline executives took their decision after one person, an academic at Birkbeck College, London, called Dr. Andi Fugard, complained, via Twitter, about the use of “Ladies and gentlemen” as being too “binary.”

If reading a story in several different news outlets makes a story true, this story was true. Of course, news outlets often take the lead from one another, and it was Napoleon who said that repetition is the only rhetorical divide that works. But let us not be so mistrustful, cynical, or skeptical that we believe nothing that we read; that way madness lies.

Once I had decided that the story was probably true, then, I fulminated—in my mind, not in the world—against the sniveling, cowardly executives of the airline, and vowed never to use it again. I don’t like the orange color it paints its aircraft anyway.

I enjoyed the fulmination in my mind, for few emotions are more pleasurable than righteous indignation. But, as is so often the way, fulmination gave way after a time to calmer reflection. The episode can give us an insight into the way the modern world works. It is seldom that freedom is lost all at once, said David Hume in his essay on the liberty of the press, and he was never more right than he is today.

From a certain point of view—that of a commercially quiet life—the decision of the easyJet executives was understandable, rational, and perhaps even correct.

“Freedom of opinion is a very good thing, but so is freedom from opinion.”

The reasoning goes as follows. They estimated that Dr. Fugard may be a potentially troublemaking crank with monomaniacal tendencies. His profile on the internet tells us that his pronouns are “they” and “them,” in other words never “he” or “she.” People such as he (or should I say “it,” surely the nonbinary singular pronoun that logic would demand?) are unlikely to let the matter drop and are quite capable of stirring up trouble.

Opposed to, or rather distinct from, the monomaniacs of this world are the sheep, that is to say people like you and me, who are too busy and balanced to worry over such matters. We are not going to protest over being greeted by “Hello, everyone.” At least a third of the passengers are too busy taking selfies in their seats even to notice.

It is not even true that the few who have been outraged by the cowardice, the Chamberlain-style appeasement of the Fugards of the world (of whom there must be at least several hundred), will keep to their resolve never to take easyJet again. The time will come when easyJet will be the only airline that flies to where they want to go, when they want to go, at a reasonable price. Their resolution will melt as snow in the sun and they will take a ticket like everyone else. I know this from experience: easyJet once let me down on a flight from Berlin to Paris and the “cheap” flight ended up costing me as much as a trip round the world. No doubt I was insured against this eventuality, but I did not want to throw good time after bad and could not face the prolonged struggle that all insurance claims entail, the insurance companies treating their clients as if they were trying to commit fraud against them, which mainly they are.

Anyway, the point is this, that easyJet risked a noisy campaign against it if it took no notice of Dr. Fugard and his (its?) acolytes or fellow monomaniacs, as against losing no customers if it surrendered without a fight. And this is how the world will end, not with a bang but a whimper.

In the old days—whenever they were, I forget—Dr. Fugard, if the idea had ever occurred to him (which is doubtful), would have written a letter to the chairman or managing director of easyJet, which the latter, if he ever got to read it at all, would have thrown straight in the bin. Dr. Fugard would then have written a letter to a newspaper—The Guardian, say—which would have declined to print it. He would then have written an angry article for an evanescent radical publication with a circulation of 380, most of whose subscribers would not have agreed with it. And that would have been the end of the matter.

Freedom of opinion is a very good thing, but so is freedom from opinion—since a very high proportion of opinions, especially among publicly funded academic intellectuals, do not even rise to the value of drunken barroom talk. Oh for a world free from opinion!—or at least freer from opinion.

Alas, the social media have provided an echo chamber for cranks, monomaniacs, extremists, psychotics, enthusiasts of every stripe, the unheard whose prior muteness was their greatest virtue and highest quality, the echo chamber being the whole world.

There are now so many cranks in the world that I sometimes think the only defense is to join them and to found a cause of one’s own. For example, I have often thought of starting a society for the prevention of cruelty to vegetables. I do not mean by this the terrible way the British used to cook vegetables, boiling them for hours to an unseasoned, indistinguishable, tasteless mush without discernible consistency; I mean the prevention of the suffering to which modern research suggests that plants are capable of experiencing. Pity the poor potato, from its soil untimely ripp’d! The tortured tomato, the assaulted asparagus, the beaten bean, the raped radish! I would start a movement to picket greengrocers and florists, throwing manure over them, haranguing them for their complicity with cruelty to the plant kingdom. Do they know nothing of the mandragora, have they never read Romeo and Juliet, never heard “shrieks like mandrakes torn out of the earth”? Shakespeare knew that plants suffer. Is it not time we caught up with him?