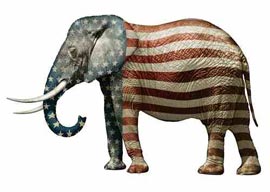 In February 2013, when my audience was composed primarily of mainstream Republicans, I wrote a column titled “Masturbating Conservatives.” The right was still smarting from an election that”how can this be phrased delicately?”pantsed us and mocked our shrinkage. The goal of my piece was to point out what I saw as serious GOP missteps caused by a desire among many in “the base” to pleasure themselves at the expense of electoral victory.

As an example of masturbatory conservative politics, I cited the insistence of the conservative base that “their” candidates must take the most extreme position possible on abortion. The number of Americans who support an exception for rape, incest, or the health of the mother is so huge, even according to conservative polling outfits, that it’s safe to conclude that the “no exception” position is the least popular policy any mainstream GOP can advocate. Plus, it’s a moot point, as long as Roe, Casey, and Webster are the laws of the land:

So why bring it up when it only hurts us with voters? I”ll tell you why. Because it makes some of us feel so very good. Selfish, masturbatory pleasure. Every time some GOP official, whether at the federal, state, or local level, introduces a piece of abortion legislation that he or she KNOWS can”t pass muster under current law, it’s an act of pure self-gratification.

The base becomes aroused by candidates who say, “I”m so extreme on abortion, baby, I”m willing to blow my chances of getting elected, just for you.” To the hardcore activists, this is the equivalent of the handsome hot-rod rebel who’s willing to play chicken with a train or compete in a suicidal drag race in order to prove his love. Swoon!

“Some conservatives are flocking to Trump the same way a man might be drawn to the first woman he sees who reminds him of his dead fiancÃ©.”

I also warned against the misuse of Andrew Breitbart’s motto of resistance to the left: “Fuck you! WAR!” Breitbart’s point in using that catchphrase was to oppose the left’s misrepresentation of conservatives as racists and “Timothy McVeighs.” But since Andrew’s death, “Fuck you! WAR!” has come to mean “double down on anything the left or the media calls you out on. If you”re challenged, never back down! Never give an inch, even if you”re wrong. #WAR! #WAR! #WAR!” Except Republicans have to examine their ultimate goal. Are they fighting to win elections, or are they fighting because it feels so good to defy the left? Defiance alone can”t be the GOP’s raison d”Ãªtre.

In light of Trumpmania, I think my critique from two years ago is even more relevant. Like John C. Lilly’s poor little electrode-wired monkeys who, when given the opportunity to orgasm every three minutes, would damn near masturbate to death, conservatives are going at it hot and heavy over a candidate who was widely dismissed back in 2011. “Of course he’s not a conservative,” Andrew Breitbart told Juan Williams (subbing for Bill O”Reilly) in April 2011. “He was for Nancy Pelosi before he was against Nancy Pelosi,” Breitbart continued, accusing Trump of “playing the election cycle.” In May of that year, Dennis Prager declared Trump “unfit to be a presidential candidate, let alone president.” Michelle Malkin, writing in April 2011, accused Trump of supporting “statist” policies, pointing out that he “backed casino industry bailouts and wealth-redistributing “tax-increment financing” schemes”the very kind of taxpayer-subsidized interventions we”ve seen on a grand scale under the Obama administration.”

And Mark Levin? “The Great One” lashed out at “The Donald” in a devastating radio takedown in April 2011, blasting Trump for his love of single-payer “universal health care,” his desire to impeach “evil” George W. Bush, his belief that President Obama was doing “an amazing job,” and his admiration for Nancy Pelosi. Most important, Levin destroyed Trump’s claim (yes, the same one he’s making again now) that contributing money to Democrat officeholders was merely a “business necessity” by pointing out that Trump gave to Democrats in races in which there was no incumbent. “I think he’s a sick individual, frankly,” Levin concluded, calling anyone who supports Trump “chumps.”

What a difference four years make. Just last week, Levin took to the mic to bellow, “I”m tired of these attacks against Trump” (like the ones he made in 2011?), and, as RedState pointed out (also last week), “Ironically, the Breitbart website has seemingly been the online driving force behind Trump’s candidacy. Andrew Breitbart, if he were still alive, would have never allowed that to happen.”

What changed between 2011 and now? Most people forget that in 2011, Trump tried to hook the GOP gullible with red meat by baiting the line with birther promises to “expose” Obama as foreign-born. Yet he hooked practically no one. He also talked about illegal immigration and border walls and rapist aliens, but it didn”t take off. The base, hardly satisfied with the prospect of a Romney candidacy, nevertheless yawned at Trump.

Why are things different this time around?

There’s never just one single factor behind something like this. But a particular factor, hugely important to the base, is that in 2011 Andrew Breitbart was still alive. And he was doing what Breitbart did best”telling leftists to go to hell and being coarse, unapologetic, and in-your-face. Whether doing good by destroying corrupt lefties like Anthony Weiner, or doing not-so-good by doubling down when caught in a lie, Breitbart energized the right and empowered untold numbers of conservatives to grab their cameras and go forth to boldly stand up to the media and the left.