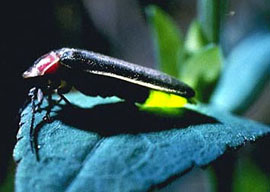 Thank God for the Italian spring. It reminds me that there is more to life than the Italians and the euro.

Yesterday I drove out of the provincial city of ForlÃ¬ in the “red” mid-north in my long-axle Land Rover Defender versione anticomunista into the Apennine Mountains” foothills to see if the bee-eaters were back.

The bee-eater is a spectacularly beautiful bird, a pastiche of electric blue, green, bronze, and yellow, which comes here from tropical Africa each year between late April and early May to nest in the tunnels it makes in the sandy earth amid the vineyards and olive groves.

Yes! They were back, just a 10-minute ride from my home. Dozens of them.

I watched the bee-eaters as they tumbled off the telegraph lines they perch on, down into the valley below pleasantly warbling in search of food. “Could have been worse, Nick,” I thought. “You could have ended up in Greece.”

The other great thing about the bee-eater is that it eats insects, loads of them; bees of course, but also hornets and wasps. It apparently removes the stinger by repeatedly beating the insect on a hard surface. What a bird.

If I ever managed to get my act together to buy that stone farmhouse, this is where I would buy it: Where the bee-eaters live. Yes, because even in paradise no doubt, there is always something that spoils the party. And while it may be true that there are fewer Italians in the Italian countryside the place positively teems with nasty insects.

“Thank God for the Italian spring. It reminds me that there is more to life than the Italians and the euro.”

The hotter it gets the worse these insects get. I should know because until a few years ago I lived in the countryside near here in a rented former pigsty which would heave and groan in a strong wind.

There are many types of stinging insects. The worst is the giant wasp known locally as il bombo, which is at least two inches long. This scary monster is an African import, they say, and is therefore yet another consequence of mass immigration as I suppose I am, too. I killed one once with a hardback copy of a book called Il Duce’s Other Woman. The killing process required nerve and skill because il bombo“whose sound in flight is like the hum of a high-voltage electricity cable”is a vicious thing. God knows how much poison it is armed with. Most insects sleep at night, but not this one. It is even more active at night and bangs against windows attracted by the light desperate to get inside. Getting to and from the house is tricky. It chases you.

Scanning the papers the other day after wading through the daily dose of headlines about the doomed euro and the latest businessman driven to suicide because he couldn”t pay his taxes, my eyes alighted on a drawing of a small flying insect.

The headline on the story read: “The killer sandflies are coming!” Known as pappataci, they are a type of midge even more common around here than (post) communists. It floats down like a tiny tuft of wool, settles on your arm or leg, and bites. It can bite through clothing. It seems to be on a suicide mission as, unlike a mosquito, it lingers long after the bite and is easy to kill with the slap of a hand.

I had thought that being harassed by sandflies was just another of the many small prices I pay for living in this Apennine paradise. But now I read this little pest can give you a potentially fatal illness called leishmaniasis for which there is no specific treatment. Worse, it is especially attracted, the article told me, to adult men who smoke. And I smoke like due turchi (two Turks), as the Italians say.